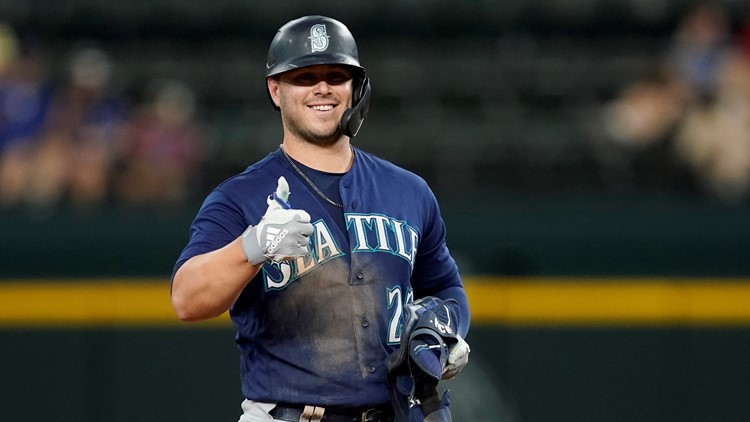 Angels outfielder Mike Trout will miss the All-Star Game with back spasms and open a spot for Mariners first baseman Ty France.

LOS ANGELES (AP) — Los Angeles Angels outfielder Mike Trout will miss the All-Star Game with back spasms, join Bryce Harper on the sidelines and steal the showcase from two of baseball’s most well-known players.

Trout, a three-time American League MVP, has not played since Tuesday and was dropped from the Los Angels Angels lineup against the Dodgers on Saturday night.

MLB corrects a wrong! France is an all star! https://t.co/idYYuaZgNj

Trout, 30, is a 10-time All-Star and his ninth start pick. He finished second to Yankees outfielder Aaron Judge in the AL outfielder voting with 39%.

Harper, a two-time NL MVP, is a seven-time All-Star selected to start for the sixth time. He fractured his left thumb when he was hit by a pitch from San Diego’s Blake Snell on June 25.

About a fifth of the roster has changed since the original 33-man teams were announced on July 6th and 8th.

After being added, Rodón was dropped due to a broken nail and a blister on the middle finger of his throwing hand.

Four of 18 starters were replaced: Altuve with Cleveland’s Andrés Giménez, Chisholm with Jeff McNeil of the New York Mets, Harper with Atlanta’s William Contreras, and Trout with Buxton.

In NIL era, business is good for college hoops returnees