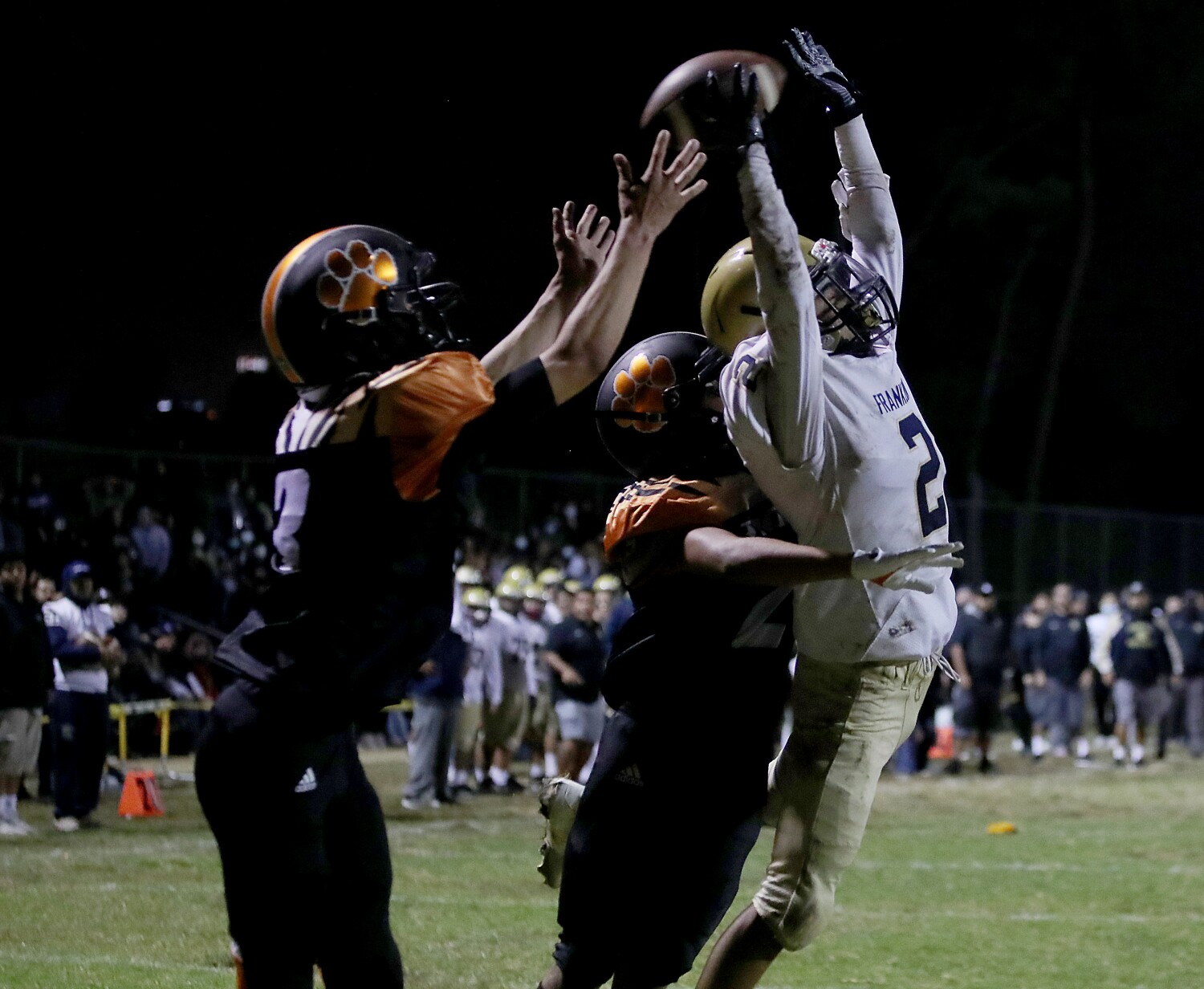 Hector Ceballos catches passes. Not just a few passes. A lot of. In a game last season, he made 27 receptions, setting a city section record at Franklin High.

Now coach Narciso Diaz has to pick a quarterback to bring him the ball.

Three quarterbacks are competing for the starting spot this summer. Sophomore Eduardo Cuevas is a basketball player who is playing soccer for the first time. He helped Franklin reach the semifinals of the Arroyo Tournament. Junior Johnathan Velasquez was the junior varsity quarterback last season. Senior Christian Adame is so tall he could play tight end or linebacker.

It will be interesting to see if teams can handle Ceballos better for another season.

https://www.latimes.com/sports/highschool/story/2022-07-18/franklin-plans-to-get-the-ball-to-hector-ceballos-this-fall Franklin plans to get the ball to receiver Hector Ceballos