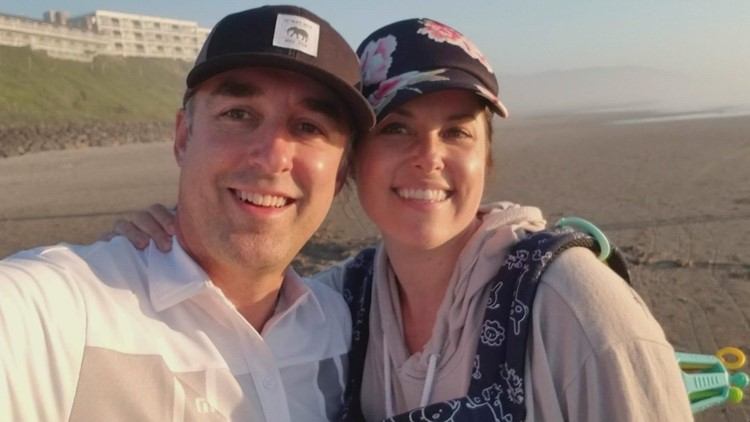 The ripples of those lost on that plane are felt in the Pacific Northwest, one of the people on that plane was Ross Mickel of Ross Andrew Winery.

SEATTLE — Mark Canlis and Ross Mickel met in kindergarten and quickly became friends when they found out they shared the same birthday.

“It’s so silly when you have a birthday pal in your 40s. But you know, he was mine,” Canlis said.

From the moment they became friends in kindergarten, their friendship had never wavered.

Ross Mickel, his pregnant wife Lauren Hilty and son Remy Mickel were all in the seaplane that crashed near Whidbey Island on September 4. All 10 people on board, including the pilot, were killed.

Canlis and his family were in Mutiny Bay when the plane crashed. Along with several others, he rushed to help.

“They didn’t just disappear on their own, people saw it,” Canlis said.

Canlis remembers his friend as a hard worker who was friends with many.

Mickel was a prominent member of the Woodinville wine community. He was the owner of the Ross Andrew Wineries.

“He was funny. He was just funny, and I think he was funny because he understood people, he understood his audience,” said Amy Young, who has known Mickel since high school. She said he was genuinely hilarious.

“He was there with his eyes and his face and his big, bright heart,” Canlis said.

Born on the same day as Mickel, Canlis was with his friend and searched to the end.

“So I’ll probably open a bottle of his wine and continue a tradition of celebrating together,” Canlis said.

Extended interview: Witness to plane crash remembers friend who was on board

To Escape the War in Ukraine, First They Had to Cross Russia