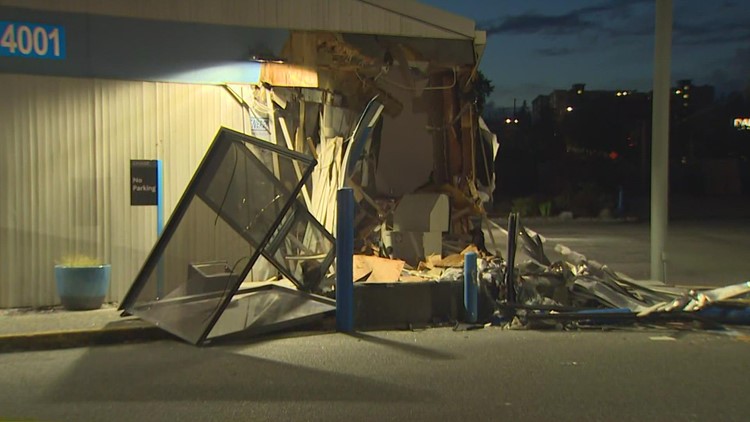 Lynnwood Police say it’s unclear if the suspect aimed to steal the bank’s ATM. Nobody was arrested.

LYNNWOOD, Wash. — A suspect used a front end loader, heavy construction equipment, to ram the front of a Chase Bank in Lynnwood, causing extensive damage, according to the Lynnwood Police Department (LPD).

The bank is located on Alderwood Mall Boulevard.

It’s unclear if the suspect tried to steal the bank’s ATM, which is still at the scene, police said. Thieves have used trucks, explosives and even a forklift to carry out ATM heists in western Washington in recent months.

No one was arrested in connection with the incident. A crew is on site trying to repair the damage to the Chase Bank building.

Ohtani strikes out career-high in Angels' win over Royals