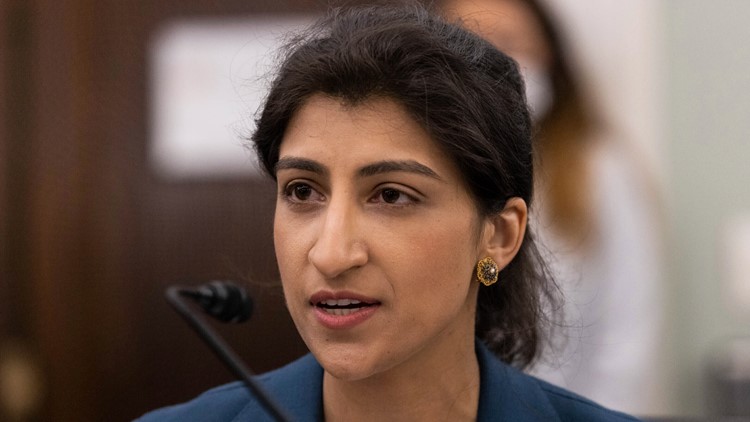 Regulators want to crack down on what they say amounts to Big Tech surveillance through fitness trackers, “smart” home appliances, social media and more.

WASHINGTON — Whether it’s the fitness tracker on your wrist, the “smart” appliances in your house, or the latest kid trend going viral in online videos, they all produce a mine of personal data for big tech companies.

How this data is used and protected has caused growing public concern and official outrage. And now federal regulators are examining drafting rules to crack down on what they call harmful commercial surveillance and lax data security.

The Federal Trade Commission announced the initiative Thursday and solicited public comment on the impact of data collection by companies and the potential benefit of new regulations to protect consumer privacy.

The FTC defines commercial surveillance as “the business of gathering, analyzing, and profiting from information about people.”

Commercial surveillance is the gathering, analysis and extraction of information about individuals. Mass surveillance has increased the risks and risks of data breaches, deception, manipulation and other abuses. #Privacy #datasecurity /3

In Congress, the bipartisan condemnation of the data power of Meta – the parent of Facebook and Instagram – Google and other tech giants who have grown rich collecting consumer information used by online advertisers has brought national privacy legislation to the point which comes closest to adoption.

Parents’ concerns about the impact of social media on children have deepened across the country. Frances Haugen, a former Facebook data scientist, stunned Congress and the public last fall when she revealed internal company research that apparently revealed serious harm to some teens from Instagram. Those revelations were followed by senators questioning executives from YouTube, TikTok and Snapchat about what they are doing to keep young users safe after suicides and other harms to teens that their parents blame on using the platforms.

Amid growing concerns, social media platforms from Snapchat to TikTok to Instagram are adding new features they say make their services safer and more age-appropriate. But the changes rarely affect the algorithms that push endless content that can drag anyone, not just teenagers, down harmful rabbit holes.

Democratic members of the FTC said Thursday Congress urgently needs to pass new legislation, but the agency is taking action in the meantime by issuing notice of the proposed rules.

“Mass surveillance has increased the risks and stakes of privacy breaches, deception, manipulation and other abuses,” the FTC said.

RELATED: Concerns about online privacy are growing in a post-Roe world

Agency officials noted that over the past two decades, the FTC has initiated hundreds of enforcement actions against companies for breaches of privacy and data security. These included cases where health-related data was shared with third parties, sensitive television data was collected and shared for targeted advertising, and adequate security measures were not taken to protect sensitive data such as social security numbers.

But officials said the FTC’s ability to deter illegal behavior is limited because it generally lacks the authority to impose fines for initial violations of the law. That could change if sweeping privacy legislation cleared Congress.

“Companies are now collecting personally identifiable information about individuals on a massive scale and in an amazing variety of contexts,” FTC Chair Lina Khan said in an online news conference. “Our goal today is to begin building a robust public record to inform whether the FTC should issue rules to address commercial surveillance and data security practices, and what those rules might look like.”

Topics of interest might include how companies use algorithms and automated systems to analyze the information they collect and the potential impact of various data practices.

Khan, who was an outspoken critic of big tech as a law professor, was appointed last year by President Joe Biden to head the FTC — an independent agency that oversees competition and consumer protection and digital privacy.

The rulemaking proposal was approved by a 3-2 vote by the five FTC commissioners. Khan and the other two Democrats voted in favor of the release, while the two Republicans opposed.

On Tuesday, Snapchat introduced new parental controls in what it calls “Family Center” — a tool that allows parents to see who their teens are messaging, but not the content of the messages themselves. Both parents and their children must opt-in to the service.

The Times podcast: An unprecedented use of Mexico’s military