Sky Atlantic crime drama TV series Gangs of London brought violence, corruption and power struggles to our screens for its debut season in 2020. You guessed it, season 1 in London started international rival gangs competing as man at the helm Finn Wallace was taken out. With the whole system thrown into chaos and a struggle for order pitting great players against one another, the show took viewers through a tumultuous and gory thrill ride.

With viewership numbers that have propelled it to the top of the Sky Originals content charts, it’s no surprise that we can look forward to a second season of this hit show. Loosely based on the video game of the same name, Gangs of London was almost made into a movie but was instead adapted for television by award-winning filmmaker Gareth Evans.

As we await his return and wonder what’s next, we’ve compiled everything we know so far about the new episodes, from the release date to the cast and where the show will take viewers.

Gangs of London Season 2 will storm our screens again in 2022, but as for a specific date, we can’t share it with you just yet.

We know the cast and crew were back in production in June 2021, and with a 10-day hiatus from filming due to a pandemic-related issue, you guessed it, the crew were back at it to bring the gang rivalry back to our screens. 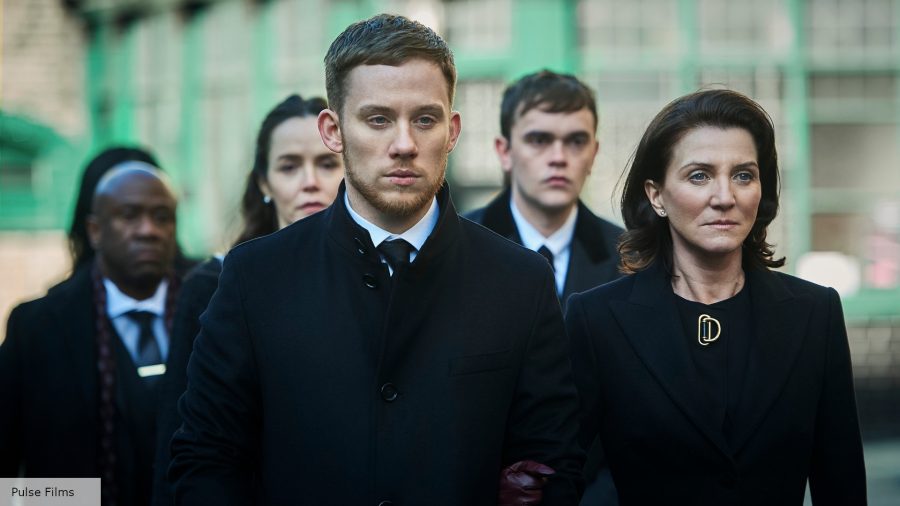 There was a tumultuous end to season one that left the fate of some of Gangs of London’s main protagonists, one in particular, up in the air. More on that later. We’ve got some of the names to look forward to returning, including star of the show Sope Dirisu as Elliot Finch.

Sean Wallace’s (Joe Cole) fate is at stake, with no word on set as to whether he will return after the cliffhanger finale. And while it’s clear that Finn Wallace (Colm Meaney) was killed prematurely, he may continue to appear on the show like he did in the season 1 flashbacks.

Gangs of London season 1 ended with many open affairs. As previously mentioned, Sean Wallace’s fate remained unclear. He was shot in the head and pronounced dead by the police, which feels pretty final… but is it really the end for him?

This also left viewers wondering who does Elliot Finch really work for? His police cover was blown, but he ended up shooting Sean on behalf of The Investors and allowing Alex Dumani to escape. So what’s next for Elliot and the Dumanis?

where to watch The best streaming services

In an interview with Screen Rant, co-director Corin Hardy spoke about what viewers can expect in Season 2. “When I was editing the last episode, I was also imagining if there would be a second season. What could happen? Who is still alive? What might these fragmented relationships lead to and what dilemmas might they face? I had pretty big dreams for crazier action sequences,” he explained. “Yes, there are some things in Season 2 that I was looking for to find a way into a project. And I’m happy to say they’re in Season 2 and it’s total carnage.”

We’ll definitely be picking up more carnage from Gangs of London season 2 and will definitely update you with everything we know about the new season as soon as we hear it.

In the meantime, be sure to check out our list of the best TV series on Netflix.

Nordstrom Beauty Exclusives: How to Save on La Mer, Dyson & More