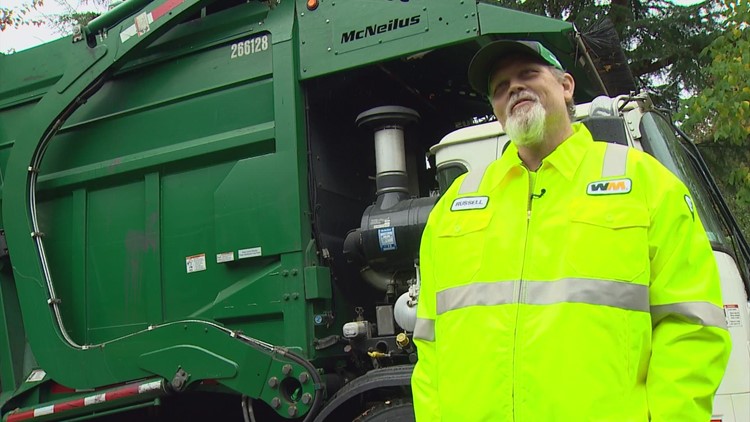 A Seattle man needed immediate medical help, and it was the quick action of a garbage truck driver that made all the difference.

SEATTLE – There was a joyful reunion in Wallingford on Friday, a week after a terrifying emergency. Neal Stuber needed immediate medical help, and it was the quick action of a garbage truck driver that made all the difference.

Stuber said he was alone in his Wallingford home when he noticed his leg was bleeding.

“Honestly, I don’t know what happened in the beginning,” says Stuber, “I broke a vein in my leg. I looked around. There’s blood everywhere.”

Stuber goes out, hoping to find help, but only takes steps forward.

“I felt like I was going to faint down there,” he said.

Russell Ruhle was behind the wheel of a WM truck when he heard Stuber scream.

Ruhle called an ambulance and stayed with Stuber until he was taken to the hospital.

Seven days after the emergency, Stuber is recovering and ready for the chance to see Ruhle again for a chance to say thank you.

Ruhle stopped by Stuber’s house on his usual Friday itinerary.

Stuber told him: “I am in good shape thanks to you.

Ruhle responded, saying, “I look forward to Friday, down this street so I can come see you.”

US reopens visa and consular services at embassy in Cuba