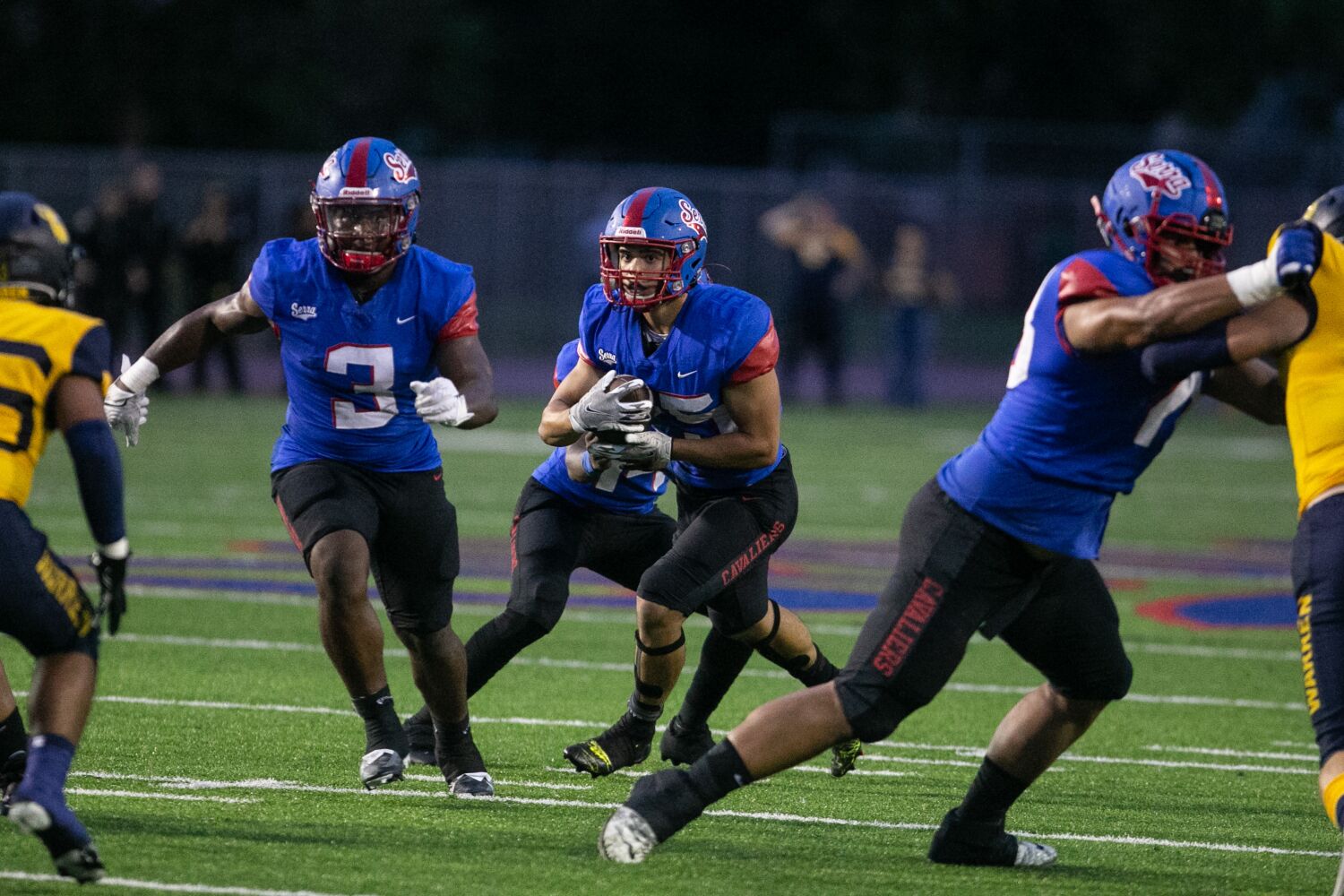 Kai Honda couldn’t see anything but the ball.

Moments earlier, in a tie with La Puente Bishop Amat on Friday night, the Gardena Serra all-around running back had told coach Scott Altenberg that his team needed a shot. With a minute left, Honda broke into a seam stretch from the 45-yard line, with second quarterback Jimmy Butler lofting a deep pass that Honda thought he had no chance of catching.

He put his head down, sprinted as fast as he could and extended as the ball found its way into his hands. Honda stumbled and fell into the red zone before running back Cincere Rhaney scored the final touchdown in a 27-21 Serra win.

With Serra’s record at 3-3 after losing last week’s win against Sherman Oaks Notre Dame to an ineligible player, the Cavaliers were desperate and needed every brilliant shot in a game slowly slipping from their fingertips. And the catch was a moment of focus Honda said he’d never felt before. “We had this ‘We have to win’ mentality,” he said.

Things seemed to be peachy early on for Serra. After Bishop Amat finally got on the board on a run by Aidan Ramos to cut the score to 14-7 early in the second quarter, senior track and field champion Rodrick Pleasant burned for a 97-yard kickoff return touchdown.

But chaos ensued early in the fourth quarter.

As he rolled down the left touchline for a long touchdown that would have given Serra a comfortable lead, the ball slipped out of Rhaney’s hands at the one-yard line and gave Amat possession on a touchback.

But with seemingly all the momentum against Serra — Amat Junior batted out Stacy Bey in a short touchdown run to level the score at 21-21 — Butler marched the Cavaliers back onto the field and delivered the deep shot for Honda to set the winning score .

“He’s a young guy and he gets his feet under him,” Altenberg said before the game. “But I’m proud of how he fights.”

Rhaney ran into the final score and defender CJ McBean took a desperate pass from Richie Munoz on the next possession to seal the win.