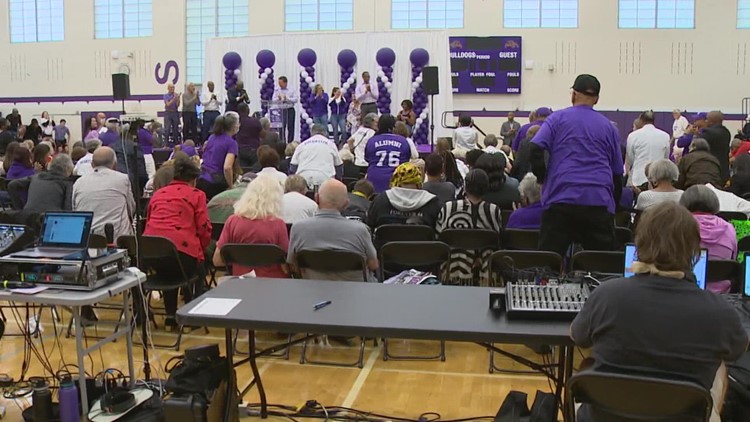 The school has a rich history, is home to historical figures and is now shaping a new generation of students.

SEATTLE — Garfield High School in Seattle’s Central District celebrated its centenary on Saturday, offering alumni and current students a chance to look back on the past and the future. While Garfield High School opened in 1920, the pandemic prevented large in-person celebrations. Participants said the few extra years meant even more time to prepare for the excitement of catching up and reliving memories.

Seattle Mayor Bruce Harrell – himself an alumnus – moderated the event, with Quincy Jones, also an alumni, being named honorary chair for the event. A series of speakers shared stories about her time at Garfield High School and the moments that secured her place in history, including visits from Martin Luther King Jr. and President Barack Obama.

Shirley Wroten and Rene Busch attended the event together.

“We grew up together, we did everything together,” said Busch.

They say that Garfield became a home for students who spent time dancing, exercising and other extracurricular activities — and just hanging out.

Alumni Belinda Grover said she was thrilled to have the opportunity to celebrate the school’s 100th anniversary.

“It’s just amazing to see the different people who have taken on big roles in the community that have really brought us together as a whole,” Grover said.

“We are the heartbeat of #Seattle.”@Mayor of Seattle Start of the centenary celebration @SeaPubSchools Garfield High School – along with cheerleaders getting lots of support from a big crowd! 💜 🤍 @KING5Seattle pic.twitter.com/WwCZ50YFbA

Garfield has collected memories from generations of alumni and shares them here.

Stay warm in Southern California without raising the gas bill