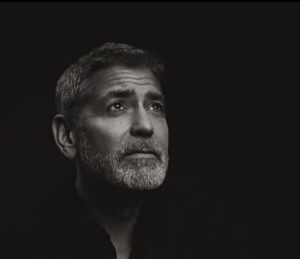 George Clooney recalled a director who criticized his kissing skills for being too authentic.

The 61-year-old actor witnessed the incident early in his career. While the goal of the acting is to make things look as authentic as possible, it turns out that Clooney’s performance was deemed too real.

The actor didn’t name the film or the director responsible for it, which is understandable given the additional negative media scrutiny it could generate.

In any case, he was surprised by the reaction. In his comments he said: “I remember early in my career I had to do a kissing scene with this girl and the director was like, ‘Not like that.’ And I was like, ‘Dude, that’s my move! I do that in real life!”

Once again, fans have the opportunity to catch Clooney on screen kissing another person. And that includes nothing but Julia Roberts. The duo starred in their upcoming film Ticket To Paradise.

Having worked together before, it would have been understandable that kissing scenes wouldn’t affect them too much. And yet it seems that even a seasoned actor wasn’t enough to help the duo get things done quickly.

Clooney’s following comments Approved So much: “Yes. I told my wife [Amal Clooney], ‘It took 80 takes. She was like, ‘What the hell?’ Fans on social media couldn’t help but comment on the chemistry between Clooney and Julia.

That may have been partly why it took them so long to complete the scene, as they are very close friends off-screen too. A person wrote: “I always thought they belonged together and still do. Perfect for each other.”

It’s safe to say that Clooney has now had enough time to perfect his kissing scenes. So there you have it folks. What did you think? Do let us know your thoughts in the comment section below.