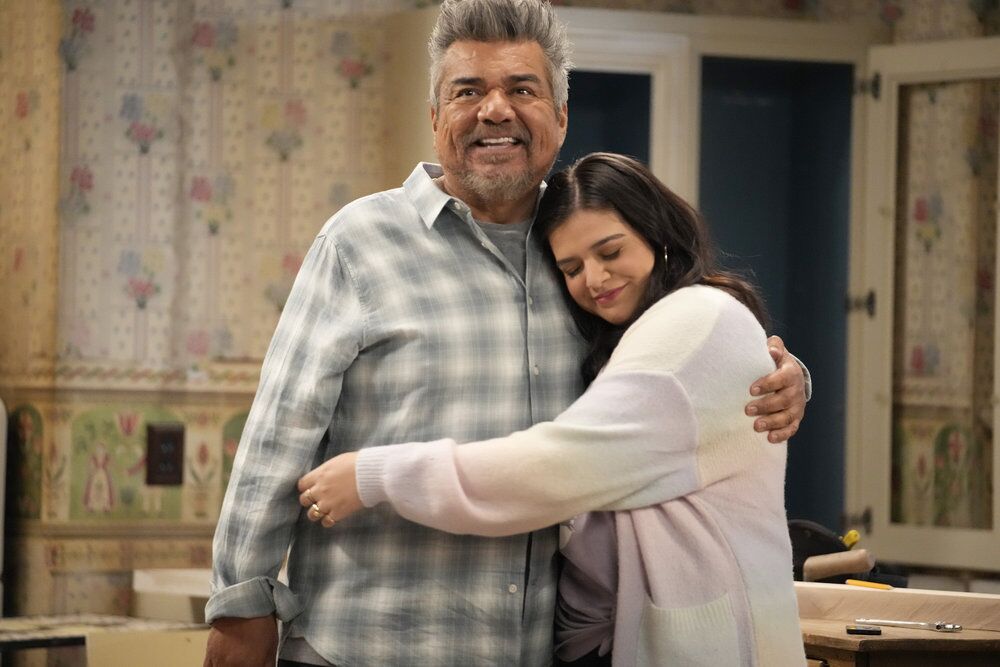 In the ever-growing history of George Lopez’s sitcoms, the first time was a charm, the second and third not so much. The comedian’s much-loved “George Lopez” ran on ABC from 2002 to 2007, followed by the deservedly short-lived “Saint George” on FX and the pretty good, relatively modern “Lopez,” which ran for two seasons on TV Land. And now he’s back, for possibly a fourth time, with “Lopez vs. Lopez,” which premieres Friday on NBC, bringing him back to network television and the crazy multi-camera family format of his first hit.

Pilots are tough. They’re packed with introductions and information, while the real point of the sitcom that’s aired is to take you back to a place where you already know all the names. Shows like this break in like shoes. The opening episode of “Lopez vs. Lopez” feels a little tense, especially considering how hard the laugh track works to convince you that the show is hilarious, a hit from the start. But as you’d expect, the second episode (of two available for review) is more relaxed, even if the hijinks are more hectic. It’s a decent, professional job — the kind of sitcom where people easily say offensive things without actually becoming offensive.

That Lopez vs. Lopez has a workable real-world backstory doesn’t make it any less of a creature of form. The series was co-created by Lopez and his formerly estranged daughter, Mayan Lopez, who stars as… his formerly estranged daughter. TikTok, where the Lopezes posted together, had something to do with their reunion, and Mayan’s character — also called Mayan since George is called George — also TikToks, if that’s the verb. (Third co-creator and showrunner Debby Wolfe, Salvadoran on her mother’s side who discovered Mayan’s feed and thought she saw a show there, hails from the remastered “One Day at a Time” and “The Conners”; Bruce Helford, co-created ” George Lopez,” is executive producer and writer.)

Although George is the father, he is not the head of the family; it’s not even his house. Broke and homeless, he convinces Mayan to let him live with her – his moving business collapsed because of the pandemic and he sold his own house to keep paying his workers. That said, while he’s short-tempered and headstrong, has cheated on his ex-wife, once abandoned his daughter in a casino pool while he gambled indoors, and is rarely without a beer, he’s basically a good guy .

Here he is embedded in a commedia dell’arte ensemble of best friend Oscar (Al Madrigal), cheeky colleague Brookie (Laci Mosley), ex-wife Rosie (Selenis Leyva), daughter’s longtime partner Quinten (Matt Shively) and sweet child Chance (Brice Gonzalez), with whom George shares a bunk bed. That the main actors are Latino – with the exception of Quinten, who is white and plays decidedly boring, and Mosley, who is black – is rare for network television; You probably won’t hear a play on Norteño band Los Tigres del Norte anywhere else on the radio majors. But on the whole the product is not without precedent. In fact, it has high precedent.

With his tall mop of gray hair and not unattractively worn expression, Lopez is nice to have around. If the character is an old dog who might be learning a few new tricks, the actor has a pretty good handle on his tricks. (George teaches Mayan how to get angry — it’s “the Lopez Way” — and she teaches him that fear (which he calls “not even a real thing — it’s like Dracula or, you know, global warming, peanut allergies”) dismisses real.

Before I started the medication, Mayan explains, “I was in a constant state of anxiety and felt insecure.”

“That’s brown in America,” replies George. “They don’t have a pill for that.”

In her first major acting role, Mayan Lopez does well. Madrigal, who has to be, and is, funny, plays a stoner so classic it evokes a Cheech & Chong nod. There are some mild sex jokes that are hard to avoid in family comedy these days; a bit of slapstick; offensive humor that doesn’t spoil the heartwarming vibe; a good helping of Kids These Days humor from the older characters; and the often-used but not particularly funny trick of making old people talk or act like young people—George says, “Stop being so flamboyant,” or twerks with Rosie. Also textbook is the exchange, in which George tells Rosie he’s ashamed to tell Mayan he lost his house “because I didn’t want her to lose respect for me,” and she lovingly replies, “Oh ‘Darling, Mayans never respected you’; but Leyva, perhaps the most agile member of the cast, breathes life into it.

For all its discussion of trauma and therapy, its cultural representation, and a few politically poignant jokes – all welcome in this non-niche context – the more immediate mission of a series like this isn’t to bring something new under the sun. It aims to attract the audience that actually watches network television. That would be progress.

Valuation: TV-PG (may not be suitable for young children)

Inside Matt Ryan's buzzer-beater that sent Lakers, Pelicans to overtime

Powerball balloons to $1.5 billion after no jackpot winner

Is Hollywood ready for the 3-D internet? What ‘Metaverse’ author Matthew Ball says

Ferguson is reacting to hearing who Rangers could sign