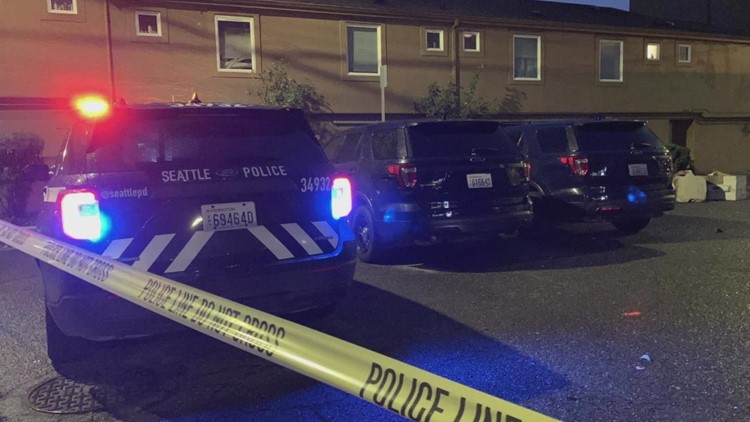 According to information from the King County Prosecutor’s Office, John Williams was arrested and sent to prison in June, July, August and September.

SEATTLE – The 42-year-old man arrested for a double homicide in the Georgetown neighborhood of Seattle has been jailed four times this year.

Most recently, John Williams was released from King County Jail on October 28, two days before a man and woman were found dead.

Williams, who has not been formally charged, was arrested on October 31. He is facing two counts of first-degree murder.

His first court appearance was November 1; he waives his right to be there. His attorney appeared on his behalf.

According to information from the King County Prosecutor’s Office, Williams was arrested and sent to prison in June, July, August and September.

In June, Williams was arrested on suspicion of property damage and criminal trespass, according to Washington State Patrol records.

In July, King County prosecutors argued that there could be cause for attempted rape and felony harassment and that he should be released on $150,000 bail. However, the judge who appeared first gave a $75,000 bail and the felony case was not sent to county prosecutors – so they couldn’t file charges.

In August, he was arrested for a fourth-degree assault, according to Washington State Patrol records.

In September, there could be probable cause for harassment, according to the King County Prosecutor’s Office. However, the felony case was not sent to county prosecutors, who were unable to file charges. Police referred the case to the Seattle City Attorney’s Office, where five counts of assault and one count of carrying a concealed/unhidden weapon were filed.

Williams was sentenced to 56 days in prison on October 28 but was released from prison on credit for time served.

When officers arrived, they found a 55-year-old woman and a 53-year-old man dead.

The murder investigation is ongoing, but Seattle police said investigators “do not believe this was a random homicide.”

John Fetterman and the Gravity of Language

ATM targeted in smash-and-grab robbery at BECU in Northgate