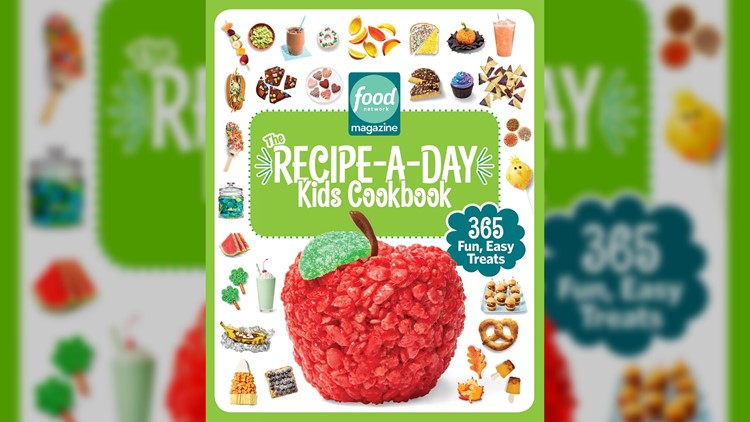 Food Network Magazine’s latest cookbook has a recipe every day that will have kids begging to be cooked. #newdaynw

Here at New Day, getting kids in the kitchen is of the utmost importance!

Food Network Magazine Founding Editor-in-Chief Maile Carpenter spoke to us about Food Network Magazine’s newest cookbook, The Recipe-A-Day Kids Cookbook: 365 Fun, Easy Treats. This cookbook is packed with fun, kid-friendly recipes that are perfect for getting kids excited about food!

Set out a dessert tray that looks like a platter of classic tea sandwiches:

Add a squirt of grenadine to lemon-lime soda or ginger ale for a classic Shirley Temple—or make your own pink soda:

mail carpenter is the founding Editor-in-Chief of Food Network Magazine, the top-selling monthly magazine in the US, and The Pioneer Woman Magazine, featuring cookbook author, Food Network star and social media phenom Ree Drummond. Before joining Hearst Magazines, Carpenter was Editor-in-Chief of Every Day with Rachael Ray. She began her career in newspapers, with the Wilmington Morning Star and Raleigh News & Observer in North Carolina, followed by FYI Magazine and San Francisco Magazine, and Time Out New York. Maile is an expert in children’s kitchens and spends her free time in the kitchen with her two daughters.

Why ‘Gordita Chronicles’ HBO Max is the sitcom of the summer