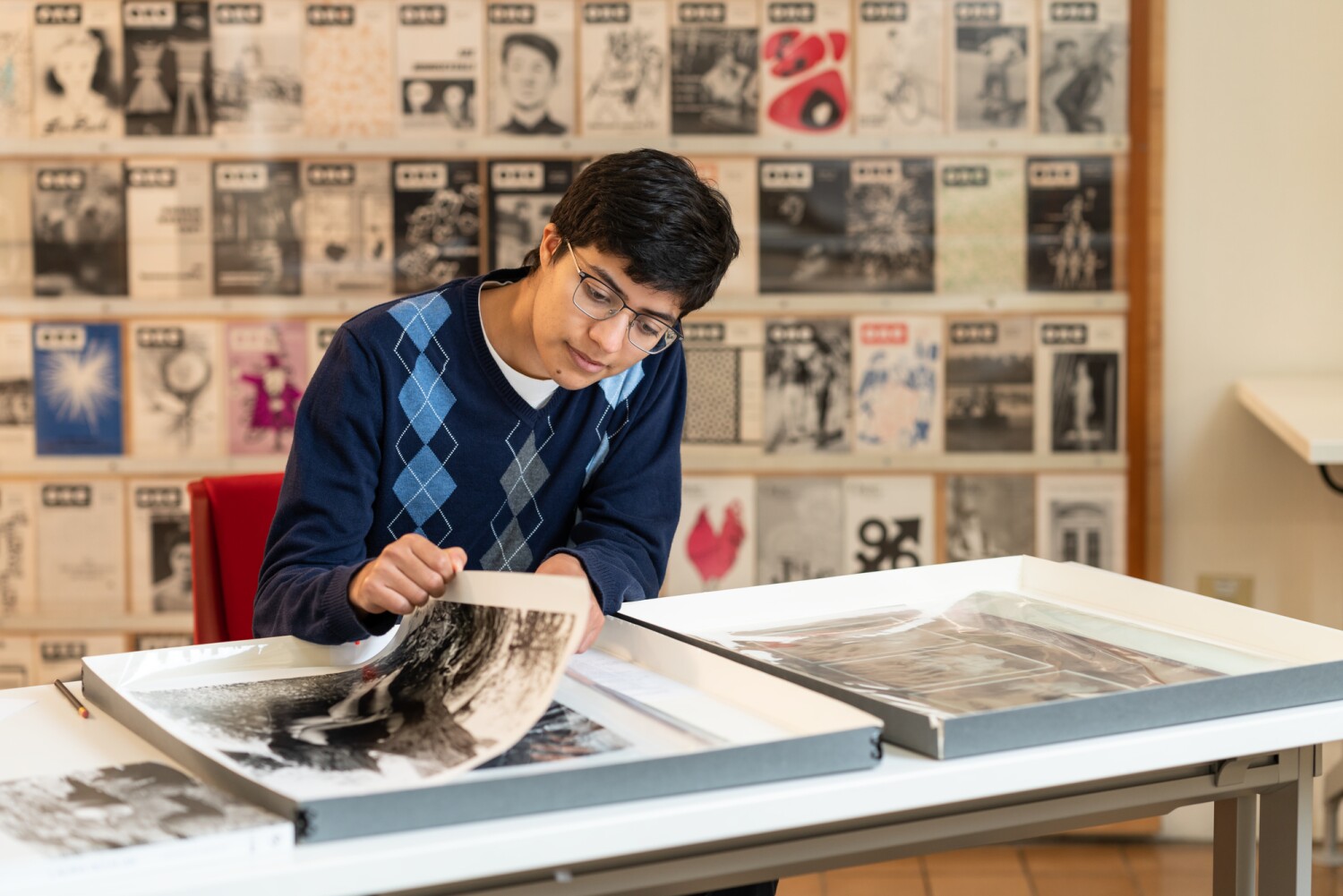 The two-year program connects the diverse cohort with mentors and networking opportunities to boost their careers. Joan Weinstein, director of the Getty Foundation, explains that the new program grew out of a need for diverse voices in the Los Angeles art world.

“Los Angeles is one of the most diverse cities in the world,” says Weinstein. “Yet, the staff of museums and fine arts organizations do not reflect the racial and ethnic diversity of the city.”

In 2020, the foundation surveyed former interns from their undergraduate internships at Getty Marrow for an impact report. The institution has been collecting data from some of its many interns since the program began in 1993. Areas for improvement highlighted in the report included the need to provide post-internship support to African-American interns; cultural skills training for supervisors; and mentoring opportunities with professionals from similar backgrounds.

“It remains an ongoing goal for us to help diversify the field,” she says. “Alumni of the program have told us about the challenges they faced early in their careers in finding full-time, entry-level positions, and many of them had to cobble together part-time jobs at this early stage in their careers, and a few left the sector entirely. “

One of the program’s mentors experienced the same early career struggles mentioned in the report. Sonja Wong Leaon, director of registration and collections management at the Academy Museum of Motion Pictures, says that after completing the Getty Marrow internship in 2001, she struggled to find a full-time, paying job in her industry.

“I’ve spent many years doing either unpaid or low-paid internships,” she says. “I hope this provides a positive experience where someone feels they can breathe and also learn and feel safe.”

Leaon hopes to provide guidance and support to young professionals by supporting the program through the Academy Museum – one of the institutions participating in the program.

Other Los Angeles institutions include the Armory Center for the Arts, Autry Museum of the American West, Benton Museum of Art at Pomona College, Hammer Museum, Museum of Contemporary Art (MOCA), ONE National Gay & Lesbian Archives at USC Libraries, Self Help Graphics & Art, the Skirball Cultural Center, the Getty Museum and the Getty Research Institute.

Weinstein explains that while the new program is in the pilot phase, it will be accepting applications from its pool of internal alumni.

According to the foundation, the Emerging Professionals program is the first program in the United States to function on this scale. Weinstein says there are programs that offer internships and scholarships, but none that offer two years of employment with the goal of preparing participants for a solid early career, rather than “interns who come through.”

“We’re confident that these emerging professionals, with two to three years of work experience and mentorship, are really well positioned for career growth and new opportunities,” says Weinstein.

https://www.latimes.com/entertainment-arts/story/2022-06-30/getty-foundation-diversity-new-emerging-professionals-program Getty Foundation aims to help emerging arts workers get a foot in the door

Months after launch, the DJI Mavic 3 is a much better drone

The best Toy Story characters – from Woody to Lotso