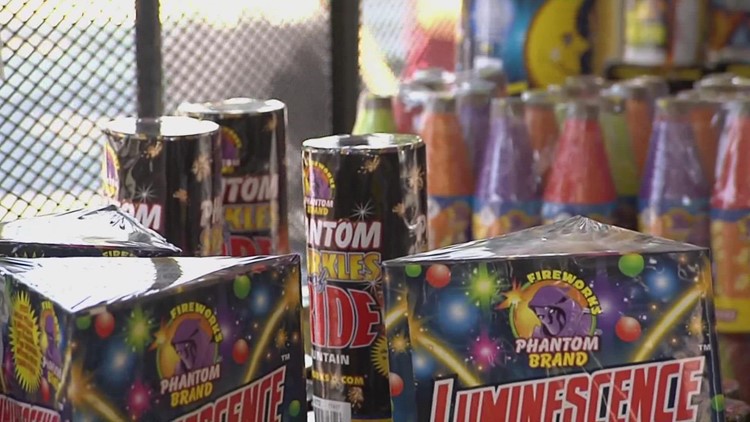 Residents can purchase and set off personal fireworks in Gig Harbor on this July 4 holiday before the ban takes effect.

GIG HARBOR, Wash. — Gig Harbor is among the latest western Washington communities to ban the sale and personal use of fireworks, but the new rule won’t take effect for another year.

Gig Harbor City Council voted 4-3 Monday to pass an ordinance that would ban the sale of fireworks and the lighting of fireworks for personal use within city limits.

The ordinance comes into effect in 12 months, so residents can still enjoy fireworks at home for the upcoming Fourth of July holiday.

The decision follows another city ordinance currently in effect in Gig Harbor that restricts the sale of fireworks and the lighting of fireworks to certain days. Fireworks sales in Gig Harbor are permitted at variable times from June 28 through July 5. Setting off personal fireworks is only allowed on July 4th from 9:00 a.m. to midnight.

Council members narrowly voted to approve the fireworks ban at their regular meeting on Monday, with some arguing that current limits have yet to be met. Other council members expressed the urgency of enacting the ban now despite a wetter and cooler than normal spring.

“If we don’t do something now, then next year, when it could be super hot or super dry, we don’t have an ordinance,” said Roger Henderson, Gig Harbor councilman.

Prior to the vote, council members and Gig Harbor Mayor Tracie Markley accepted public comment during the virtual meeting.

“Imagine a close relative or friend suffering from PTSD which was made worse by the Fourth of July fireworks. Would you want to put him at risk by allowing this activity to continue,” the commenter wrote to the council.

Others also agreed that a fireworks ban is necessary to mitigate wildfire risk in the age of climate change.

“A misplaced spark in an arid landscape will be a bigger risk than it’s worth taking,” said one commenter.

However, some Gig Harbor residents said such a ban would have negative repercussions. A soccer dad said his daughter, who is about to enter high school, relies on selling fireworks to raise funds.

“Many sports groups use fireworks sales as their biggest fundraiser to get uniforms and equipment,” he said.

In 2021, King County approved a ban on home fireworks, effective this year.

Enter for your chance to see DC LEAGUE OF SUPERPETS!

Charles vows to reign with ‘respect and love,’ mourns queen