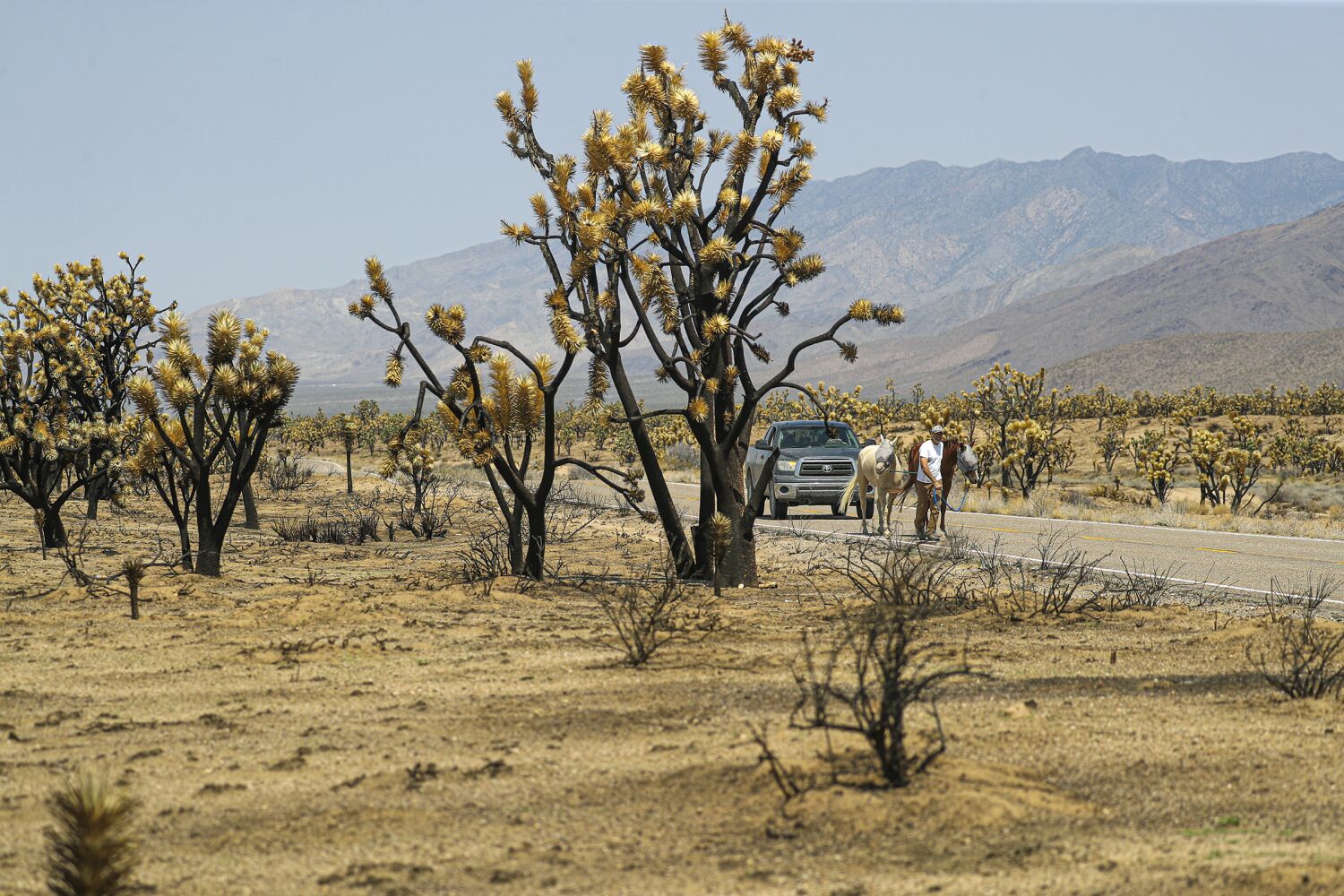 A man is in custody after authorities said he beat a woman to death before leaving her daughter at a gas station in a remote area of ​​San Bernardino County last week.

MPs were called to a Shell gas station on Cima Road – east of Barstow in the Mojave Desert near the Nevada border – after a 12-year-old girl entered the station and asked for help around 11:45pm on Friday San Bernardino County Sheriff’s Department.

The girl told authorities her father, 37-year-old Highland native Jesus Jaimes-Rosas, beat her mother and left her at the side of the road, MPs said Tuesday.

Investigators determined that Jaimes-Rosas dropped the girl off at the gas station before fleeing.

A sheriff’s department dog found “Jaimes-Rosas with self-inflicted injuries,” deputies said. What type of injuries they were or what exactly caused them has not been disclosed.

He was taken to a hospital and later released, MPs said.

Investigators found 31-year-old Sonia Flores, the girl’s mother, dead at 11:43 a.m., MPs said. Authorities did not say where the mother’s body was found.

Jaimes-Rosas was arrested and charged with murder, authorities said. He is being held without bail at the High Desert Detention Center.

No further information about the case was released.

https://www.latimes.com/california/story/2022-11-29/girl-abandoned-mojave-desert-gas-station-father-allegedly-killed-mother Girl is left at desert gas station after mother is beaten to death; father arrested

Sen. Joe Manchin is ready to collect after making a deal with Democratic leaders

Eureka ran its Chinese residents out. Now it reckons with its past