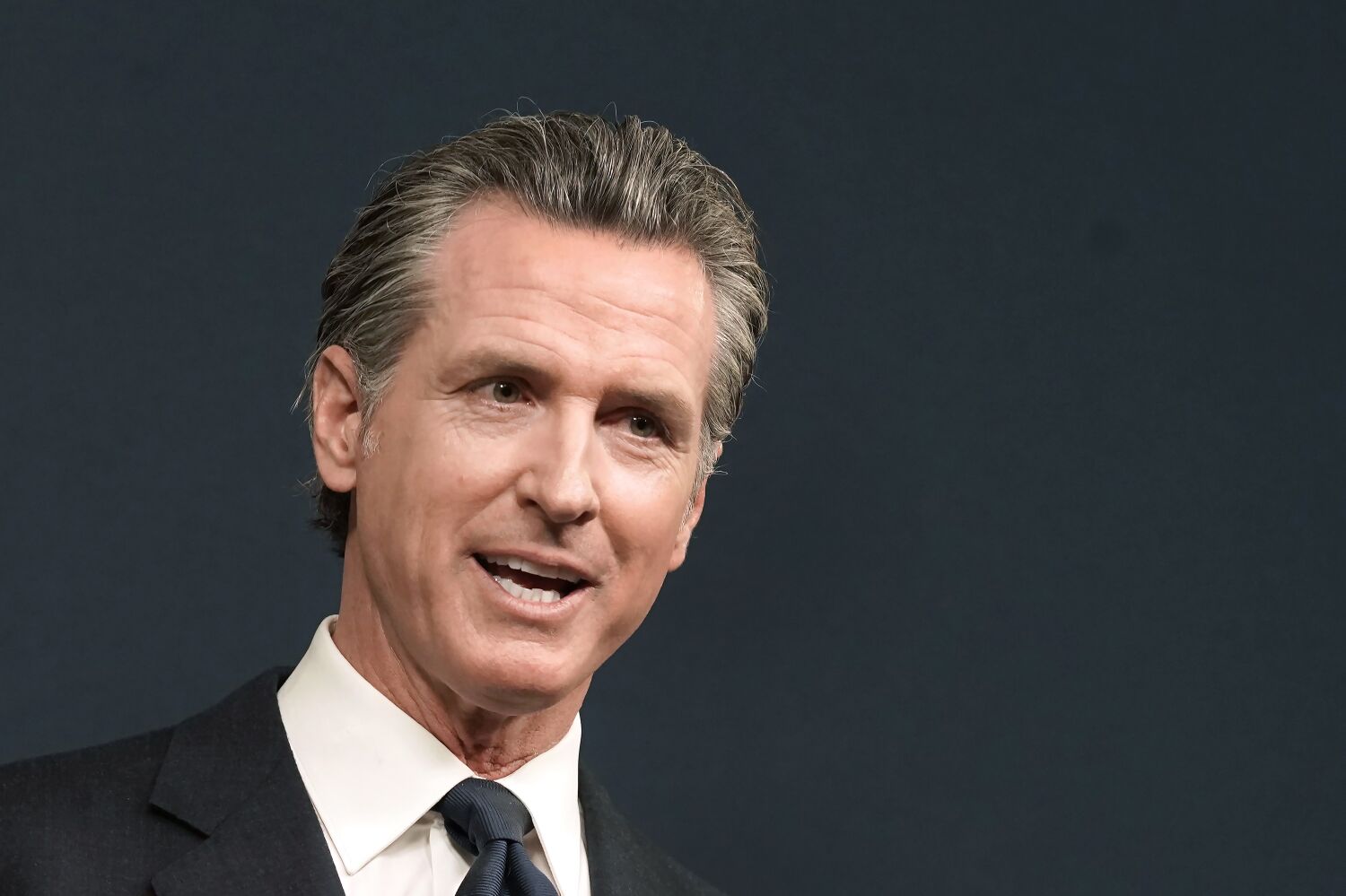 Gov. Gavin Newsom loses a top adviser and names two advisers to key positions in his office after voters granted him a second term.

Jim DeBoo, Newsom’s second executive secretary, said Tuesday that he was stepping down after two years in the most powerful staff position in the governor’s administration. Dana Williamson, a Sacramento political strategist and former cabinet secretary to Gov. Jerry Brown, will take over as Newsom’s top adviser earlier this year.

Analea Patterson, Newsom’s former legal secretary, will also transition from acting to permanent cabinet secretary and will continue to oversee state agencies. Patterson replaces Ana Matosantos, who left government earlier this fall, in what has traditionally been considered the second most important role.

The personnel changes mark another round of departures for a governor who is hiring his third chief of staff and has seen significant turnover in other key positions since taking office.

Williamson is known at the state Capitol as Brown’s longtime hand, first as senior advisor and then as cabinet secretary.

She runs her own firm, Grace Public Affairs, where she works as a government relations adviser and political strategist on public election campaigns, including the Proposition 27 online sportsbook for the 2022 vote, as well as local and state races. Her client history includes California Insurance Commissioner Ricardo Lara, formerly Atty. General Xavier Becerra, Comcast and Californians for Safety and Justice. She has also worked in-house as the director of public affairs at Pacific Gas and Electric Co.

Williamson said she plans to sever financial ties with her company while she works for the governor.

She enters the office at a time of transition from years of budget purges to potential economic turmoil, with signs of a national downturn on the horizon. Newsom said he plans in his second term to continue trying to solve homelessness, housing and crime issues while focusing on implementing the key policies he and the Legislature enacted in his first four years.

“I think the governor is at a point now where he can actually work to implement a lot of the things he has laid down and I love nothing more than to put my head down and get it [things] done,” said Williamson, who credits the governor for her no-nonsense and often direct approach, according to Newsom insiders.

Newsom originally tapped a longtime adviser to Hillary Clinton, Ann O’Leary, as his first chief of staff after defeating Republican John Cox in the 2018 general election. Although O’Leary had little political experience in Sacramento at the time, her political expertise was consistent with the governor’s desire to focus on early childhood education during his first term.

O’Leary resigned in late 2020 at the height of the COVID-19 pandemic after leading the state to expand hospital capacity through governor’s stay-at-home orders, restrictions on businesses and social gatherings, and attempts to reduce virus transmission protect, had controlled.

With a recall expected at the time, DeBoo was hired with the campaign experience to help Newsom govern through challenging political waters and an understanding of the inner workings of Sacramento that enhances the governor’s relationships with the state Legislature and outside stakeholders could.

DeBoo stayed on until Newsom’s re-election and said he was taking a break before considering his next moves. DeBoo was the governor’s political adviser and worked on campaign campaigns before returning to government.

He and Williamson were part of a business collaboration in Sacramento, often working together and sharing clients.

Over the past two years, he has helped Newsom implement pandemic restrictions, roll out COVID-19 vaccinations, pass a tough set of climate laws, extend Medi-Cal to all immigrants, and set up CARE Court to demand treatment for homeless Californians, who struggle with mental illness and drug addiction.

“I think my benefit was those two years to help politically and get the office back on track,” DeBoo said. “He needed someone in this place who was from Sacramento to some extent, and it’s been a tough two years.”

Jason Elliott, a senior adviser to the governor, will also become his deputy chief of staff.

Congressman with anti-LGBTQ past tries to win over gay voters