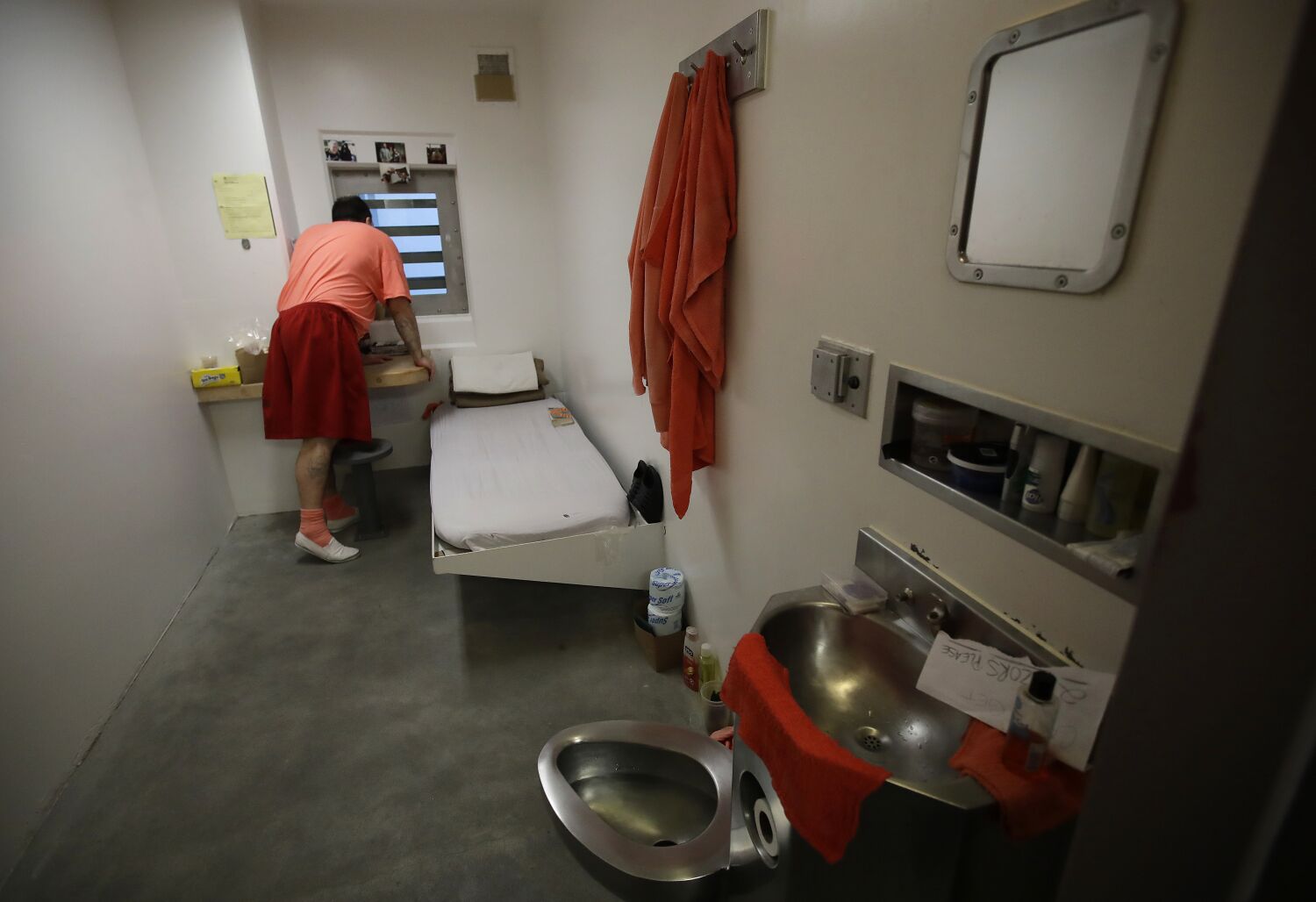 Gov. Gavin Newsom on Thursday vetoed a bill to limit solitary confinement in California jails, jails and private detention centers, dismissing proponents’ hopes of curbing a practice many experts have likened to torture.

In his veto of Assembly Bill 2632, Newsom said he supports “restricting the use of segregated detention facilities,” but claimed the measure was going too far.

“Segregated detention is ripe for reform in the United States — and so is California. However, AB 2632 sets overbroad standards and exceptions that could compromise the safety of both staff and the detained population at these facilities,” he said.

Newsom said he will direct the California Department of Corrections and Rehabilitation to “develop regulations that limit the use of segregated confinement except in limited situations, such as when the person has been determined to have engaged in violence while in prison.”

Rep. Chris Holden, the Pasadena Democrat who wrote AB 2632, said in a statement that the proposal is California’s chance to rectify a “dark history” of solitary confinement and “get it right on this matter.”

“The scientific consensus and international standards are clear. Solitary confinement is torture and there must be restrictions and oversight of the practice,” he said.

“One of the reasons this legislation was initiated was because advocates who have participated in the regulatory process have consistently seen them falling short of what is required,” said Jackie Gonzalez, policy director of Immigrant Defense Advocates, in a statement . “In directing CDCR to enact solitary confinement rules, Newsom fails to address the urgent need for action in prisons and private detention facilities, as well as CDCR’s poor track record. We need comprehensive legislation to end torture in all institutions of our state.”

Dubbed the California-Mandela Act for the late South African civil rights leader who served decades in prison, AB 2632 would have defined solitary confinement or segregated confinement as holding a person in a cell or similar space, either alone or with a cellmate. more than 17 hours a day and with limited or no access to physical exercise and services or contact with people other than prison staff.

The bill would also have limited detention to no more than 15 consecutive days, or 45 days in any six-month period. The isolated individuals would continue to allow time for rest and meals, as well as for treatments and services from their cells, as long as there is no significant risk to the safety of others.

Prison staff should have thoroughly documented each incident of segregated confinement, including a reason for isolation, and conducted regular mental health assessments and monitoring of the detainee.

The practice would have been banned for vulnerable populations, defined as pregnant or postpartum people, those with certain physical and mental disabilities, and those under 25 or 60 and older.

Proponents said the new rules ensured solitary confinement in California’s correctional facilities, particularly for people with mental illness, is not abused in a way that works against rehabilitation efforts.

Craig Haney, a distinguished psychology professor at UC Santa Cruz who has long studied the effects of solitary confinement, said the practice was “traumatizing.” Those who experienced long periods of segregated confinement, Haney reported, reported high rates of depression, exhaustion and anxiety, nightmares and insomnia, and cognitive decline.

“They have memory problems, they have trouble concentrating, they can’t think as effectively as they used to. They forget names, they forget faces, they find their memories fading. They try to read a book… they fail,” Haney said. “Sometimes these things pile up, and the sense of desperation is so deep that people start self-harm and consider taking their own lives.

The United Nations Nelson Mandela Rules, a document setting out the standard minimum rules for the treatment of prisoners, prohibits indefinite or extended solitary confinement, defined as 22 hours or more per day “without significant human contact” for more than 15 consecutive days.

Separate detention, according to the rules, should only be used in “exceptional cases of last resort” and should be banned altogether for people with mental and physical disabilities whose conditions would worsen in isolation.

During this year’s legislative session, it was unclear whether AB 2632 had the support necessary to make it onto Newsom’s desk. Several moderate Democrats either abstained from voting on the measure or joined Republicans in opposing it.

Law enforcement groups have expressed serious concerns about removing a tool they say deters violence and keeps facilities safe, arguing that the Board of State and Community Corrections is the right agency to set those standards.

CDCR pinned a hefty price tag on AB 2632, estimating more than $1 billion in one-time costs to expand the programming room and practice yards at its facilities and $200 million annually to increase the staff required to comply.

Proponents have disputed these numbers, saying they were inflated. Others say the cost is worth it.

Michael Romano, director of Stanford Law School’s Three Strikes project, said California has an “antiquated and brutal prison and prison system” that requires change, although it will be expensive.

“It could require a reconfiguration of the facilities. It might require additional staff,” Romano said. “But these are the things we should and can do to stop torturing people.”

How Russia Ran a Detention Camp in Occupied Ukraine