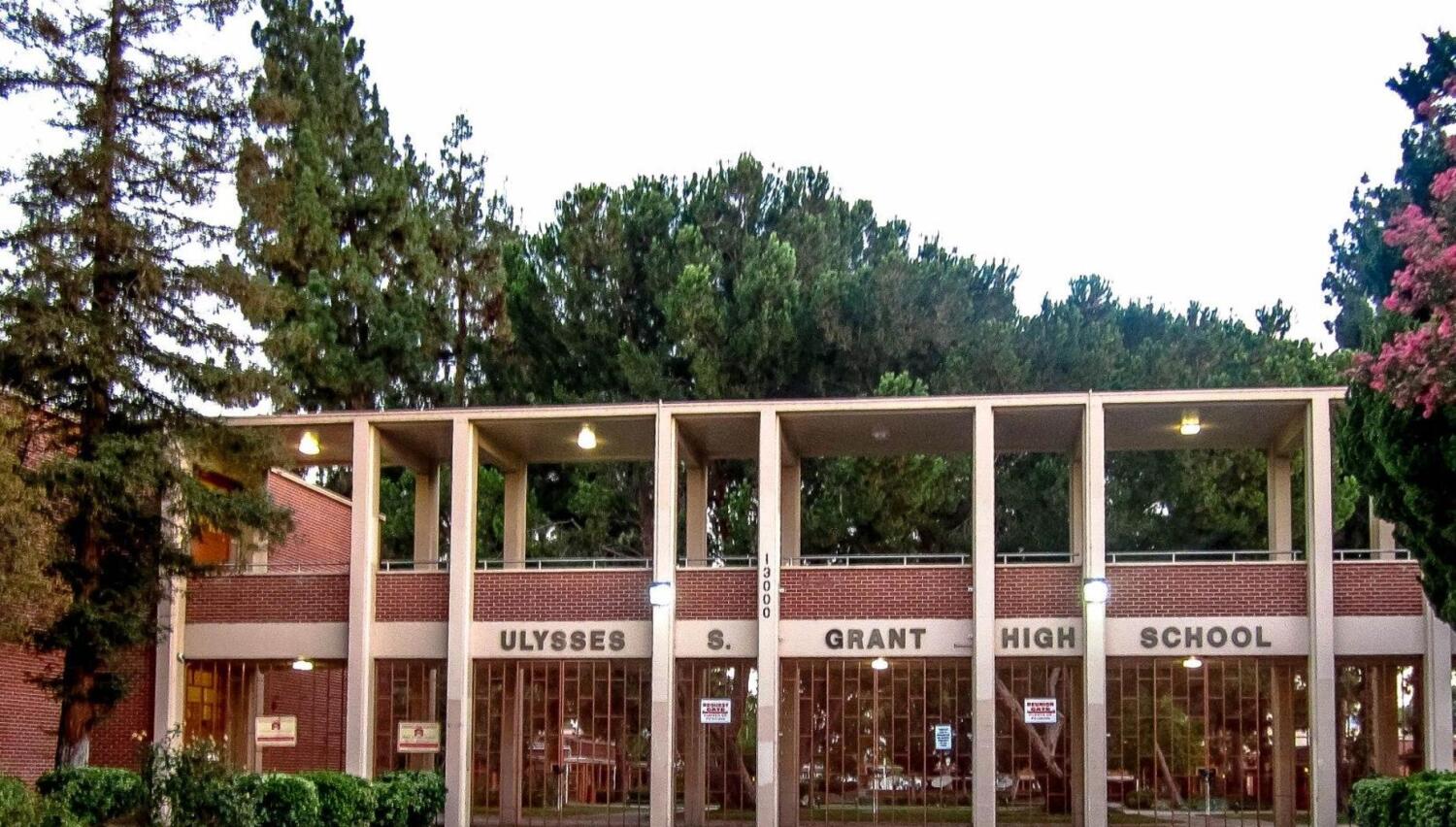 Two students were assaulted and one stabbed outside of Ulysses S. Grant High School Thursday afternoon, the Los Angeles Unified School District confirmed. It was the third violent incident near campus this year involving students from the school.

The LA School Police Department received calls about the attack in front of the school at Block 13000 of Oxnard Street in Van Nuys around 1:40 p.m. “During the attack, a victim was stabbed,” department spokeswoman Nina Buranasombati said in a statement.

The two male students, a sophomore and a younger student, had just left campus and were walking to their car in a park next to the school, said Gil Gamez, the chair of the school police officers’ union.

The attackers, about four people, got out of a black car and asked the students where they were from in what is known as a gang challenge. They then attacked the two boys, and one student received multiple knife wounds, said Gamez, who said he was briefed on the incident by sources with knowledge of the investigation.

“The two victims transported themselves to a local hospital. Both are in stable condition,” said Buranasombati. “No other students or staff are affected by this incident and the Grant High School campus is safe. The Los Angeles School Police Department is the lead investigative agency.”

In a previous incident, a 15-year-old boy was taken to the hospital after allegedly being stabbed in the chest and arm by another high school student in September. And in June, around the time of discharge, a student was injured by gunfire on the outskirts of the school. The LAPD stated that the shooting “It is believed to be a gang.”