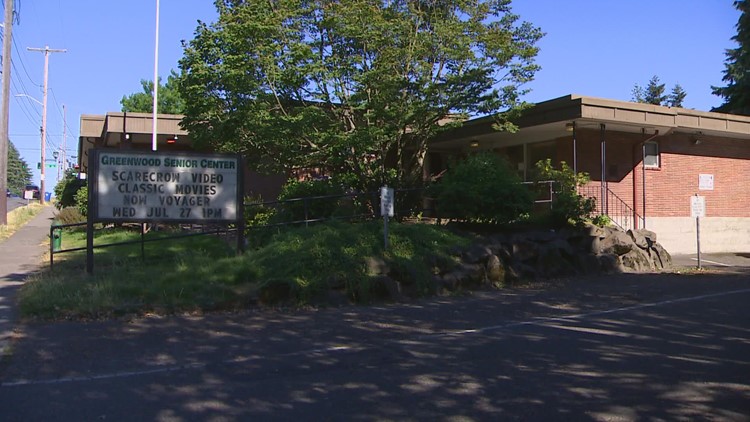 The Greenwood Senior Center later keeps its doors open as a cooling center for seniors during a heat wave.

SEATTLE — Tuesday was one of the hottest days of the year, and people at high risk of heat-related illnesses, like seniors, are being urged to stay cool for the rest of the week.

On Tuesdays, Ronni Wolfe usually plays mahjong at the Greenwood Senior Center, but this week she’s there to cool off.

“Since my group was over, I wanted to sit here for a while before walking up a few blocks,” Wolfe said.

Ronni assumes that things will only get hot in her house this week.

“Over time, my apartment gets hotter and hotter because I only have south-facing windows. It’s really a godsend for the local seniors,” Wolfe said.

This week, Greenwood Senior Center is a haven from the heat and opens as a cooling center for seniors.

“If they come here they can cool down, we have popsicles if needed and cool water and a fridge, if they want to bring their lunch they can bring their lunch and stay in a cool place,” said Cecily Kaplan, senior Program Director of the Phinney Neighborhood Association.

The Greenwood Senior Center keeps its doors open until 7:00 p.m. and 6:00 a.m. on Fridays, later than other centers.

The center felt it was important to stay open longer after last year’s unprecedented heatwave.

“We closed at our normal times, around the time it got hottest, so we made an effort to stay open as long as possible,” Kaplan said.

From June 26 to August 30 last year, the Washington Department of Health reported that 157 people had died from the heat. 68% of these were people aged 65 and over.

“It was really scary for everyone for a while,” Kaplan said.

While it was somewhat quiet on Tuesday, the center expects a lot of activity for the next few days.

“There were a few people in, a few people out, but I think it’ll need more as the week goes on,” Kaplan said.

The Greenwood Senior Center also allows people to bring their dogs, but asks that they be small and well-behaved.

For the future, the center is working on being able to remain open at weekends during heat events.