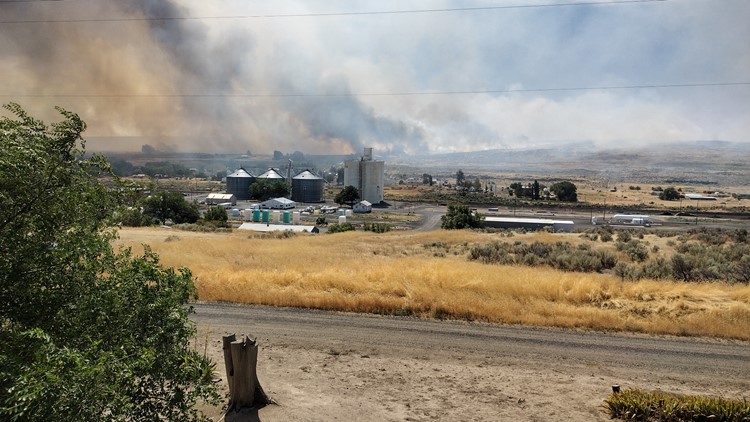 The fire is currently burning 2,000 acres. By this time 10 houses were lost.

ADAMS COUNTY, Wash. – A growing wildfire has been reported three miles south of Lind, according to Washington State Patrol District 4.

The fire is currently burning to 2,000 acres, according to the Washington State Fire Marshal. 91 Avista customers in Lind are without power because of the fire.

The Adams County Sheriff’s Office reports that the entire town of Lind is being evacuated. The Washington Department of Natural Resources (WDNR) said the fire could spread through the city.

The sheriff’s office said all individuals are being evacuated to the Ritzville Elementary School. According to WSDOT East, Highway 395 has reopened, but crews are on standby if the fire warrants a closure. State Route 21 is also open, but residents are cautioned that there are some areas of poor visibility.

Update regarding wildfire burning south of Lind: We have reopened US 395 in the area but our crews are on standby should the fire warrant closure. State Route 21 is also open, but be advised that there are some areas with poor visibility.

By this time 10 houses were lost.

The Adams County Fire Department is on its way to help. According to the sheriff’s office, emergency management is aware of the fire.

This is evolving news and we will provide further updates as they become available.