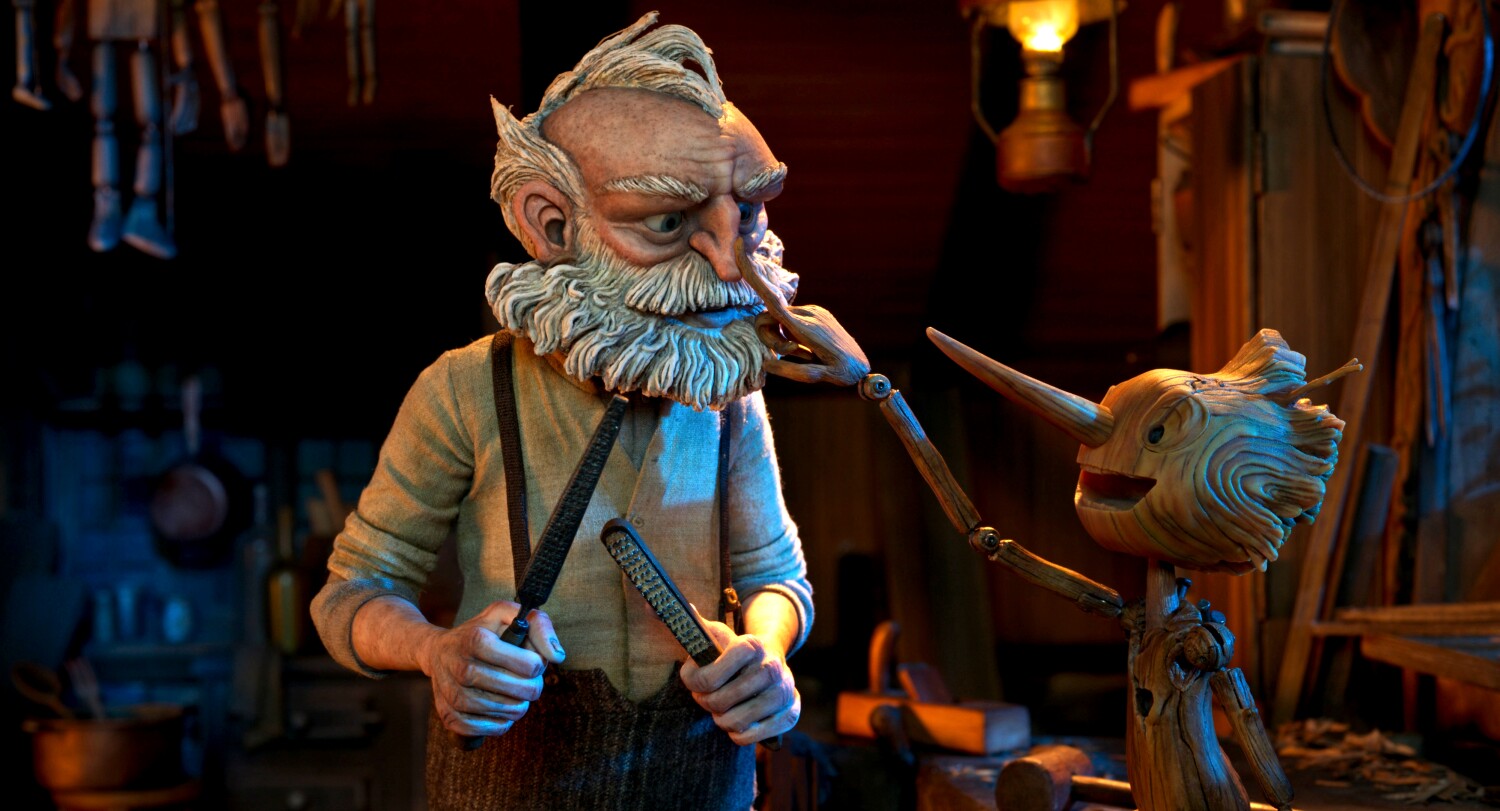 And it looks and feels exactly as you would expect from the twisted and fantastical mind of the creator of Pan’s Labyrinth.

The trailer opens with narration by Ewan McGregor’s Sebastian J. Cricket, who was first introduced in the film’s first teaser trailer back in January.

“From my many wanderings on this earth I have had so much to say about imperfect fathers and imperfect sons. And about loss and love,” says Cricket, while images of Geppetto’s tragic backstory and Pinocchio’s creation flash across the screen. “I’ve learned that there are old spirits who rarely meddle in the human world, but occasionally they do.”

Continuing in the trailer, Pinocchio (Gregory Mann) is shown in a show confronting a swordsman, meeting a magical fairy (Tilda Swinton) and sharing tender moments with Geppetto (David Bradley).

The film will be Del Toro’s first animated feature film, but it won’t be his first foray into the medium. In 2016, he created the Emmy-winning animated series Trollhunters: Tales of Arcadia for Netflix, which ran for three seasons and led to a spin-off series, 3Below: Tales of Arcadia.

The Pinocchio trailer promises a different interpretation of Carlo Collodi’s well-known story from 1883.

“I want to tell you a story, it’s a story you might think you know but you don’t. A Tale of the Wooden Boy,” proclaims McGregor’s Cricket.

In true Del Toro fashion, the Oscar-winning director’s Pinocchio was inspired by another story in which man plays God.

“I’ve always been very intrigued by the connection between Pinocchio and Frankenstein,” Del Toro told Vanity Fair in June. “Both are about a child thrown into the world. They are both created by a father who then expects them to find out for themselves what is good and what is bad, the ethics, the morals, love, life and the essentials. I think that was childhood for me. You had to find out with your very limited experience.”

Unlike the 1940 Disney classic, Del Toro’s film is set in Italy during the interwar period, when fascism was beginning to take over the country.

The Mexican filmmaker wants to throw the wooden boy into “an environment in which citizens behave with obedient, almost doll-like loyalty,” he said in the June interview. “He’s recruited into the village military camp because the fascist official in town thinks if this puppet can’t die, she’d be the perfect soldier.”

Del Toro’s Pinocchio is not to be confused with the upcoming Disney live-action remake of the animated film. Robert Zemeckis directs and stars Tom Hanks, Cynthia Erivo and Joseph Gordon-Levitt in the film, due out September 8 on Disney+.

Netflix’s version of the wooden boy is slated for a limited theatrical release in November and a December release on the streaming service.