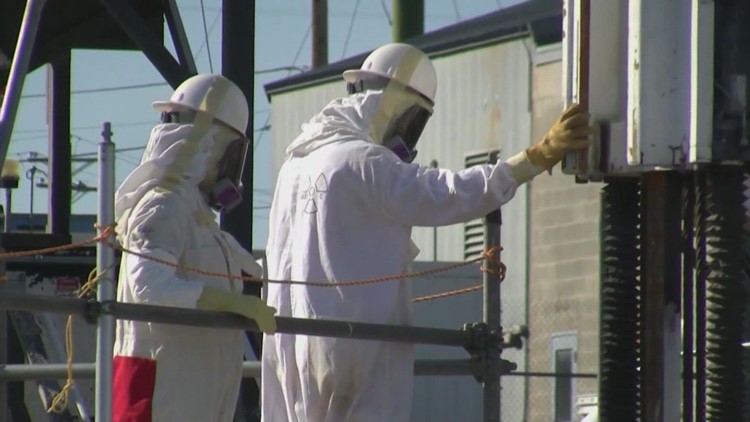 State and federal laws require nuclear waste from a tank to be pumped out immediately, but a new plan doesn’t include a timeline for emptying two leaking tanks.

BENTON COUNTY, Wash. – The Washington State Department of Ecology (Ecology) and the US Department of Energy (USDOE) have signed an Agreed Order over the leaking single shell tank known as the B-109 in Hanford.

The agreement says regulators will consider a new date for recovering nuclear waste from two leaking single-shell tanks at Hanford by August 2024.

The current recall date is two decades from now, even though state and federal laws require that nuclear waste be pumped out of a tank immediately or whenever possible.

Pollet is the supreme authority in the Hanford Legislature. He said he was “heartbroken” about this medal.

“Unfortunately, this agreement is a violation of Washington State’s duty to protect our Columbia River and groundwater from highly radioactive nuclear waste. If the state can’t enforce our environmental waste laws, it’s up to the public and the tribes to enforce the law,” Pollet said.

According to Ecology, under the new regulation, the USDOE will:

The state announced that B-109 was leaking in April 2021. However, tank monitoring data from the USDOE, which owns Hanford, shows a significant drop in tank levels since 2019.

A delay in reporting a leaking nuclear waste tank is also a violation of state and federal law.

A spokesman for the Department of Energy, which owns Hanford, said the steps outlined in the order list are the best way forward and comply with all federal and state environmental laws.

“The leaking tanks pose no risk to Hanford personnel, the community or the Columbia River, and the proposed actions in the agreement will further reduce the risk of contamination reaching groundwater,” USDOE spokesman Geoff Tyree said in Hanford. “The Department appreciates the effective collaboration with the ecology team in reaching an agreement that supports our continued focus on safe, efficient and effective management, treatment and disposal of tank waste.”

Tank B-109 is currently one of two active leak tanks at Hanford. There were a total of 69 known leaks in the nuclear reserve. Tank B-109 is 75 years old and holds 123,000 gallons of residual waste. State regulators estimate that about 500 gallons of waste from it enters the soil each year. About 300 more gallons per year leak from the T-111 tank.

An official at the Washington State Dept. of Ecology, a Hanford regulator, said it was not possible to empty the tanks now.

“It is not possible to immediately remove the debris from B-109 or T-111. In short, the removal of this waste requires significant infrastructure construction and financial resources. This arrangement will help us get there,” said Ryan Miller, Dept. of Ecology Communications Manager. “Hanford’s leaking tanks represent an ongoing problem that we see at the Hanford site – chronic underfunding of the cleanup. If the site continues to be underfunded, overall costs will skyrocket by billions, environmental risks will increase and the completion of the rehabilitation will be pushed for decades to come.”

Miller echoed the USDOE’s opinion, saying the leaks pose no danger to people or the environment.

Hanford is a former military nuclear weapons factory that produced plutonium for atomic bombs during World War II and plutonium for nuclear warheads during the Cold War. Hanford has been a cleaning-only location since the late 1980’s.

Hanford is the most contaminated site in the western hemisphere.