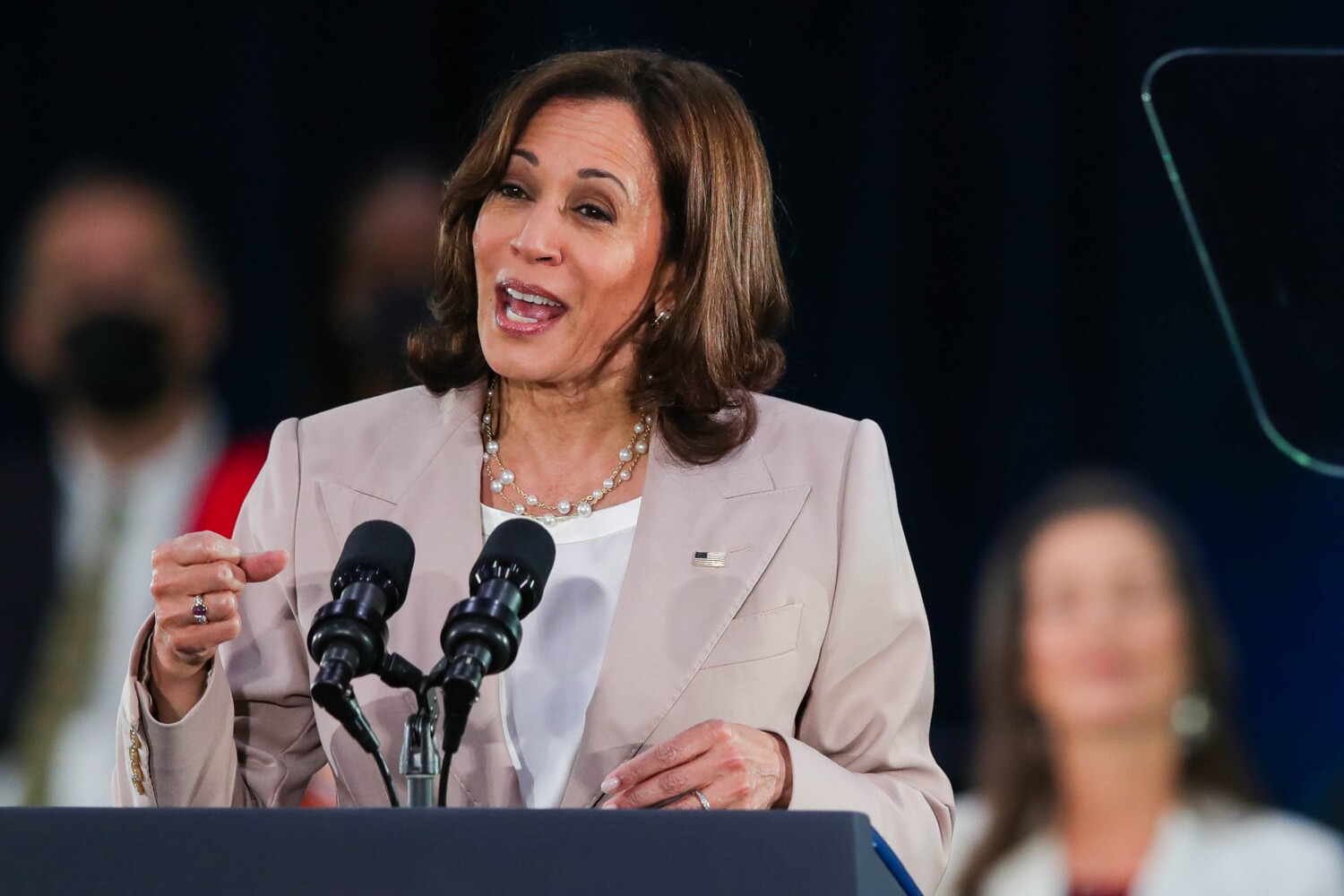 The initiative aims to channel $50 million into existing programs that fund children and students pursuing higher education in the city.

“We all know — in our nation’s communities — that deep differences keep so many of our children from that promise of equal opportunity,” said Vice President Kamala Harris. “Disparities that have existed and persisted for generations and disparities that leaders here in Oakland are fighting.”

Mayor Libby Schaaf raised the funds with help from hundreds of local and regional donors, as well as partnerships with the local school district. The initiative aims to help 30,000 students and babies.

“This is not a promise, not a goal, not a promise – you hear politicians do this all the time. That $50 million is raised and in the bank,” Schaaf said.

Under the direction of the mayor, the fund will expand programs that exist under the Oakland Promise, a 2016 organization created by Schaaf to support high school seniors.

The fund will expand both the Brilliant Babies program and the Oakland Promise scholarship program to ensure every eligible child and student receives them for an entire generation. Both programs will be available to children across the city beginning in 2026 and continuing through 2035.

“As mayor, I have received many, many letters from children and students in Oakland. Well, today here is my letter to you. We – your community – believe so much in your talent, courage and success,” said Schaaf. “You are all our brilliant babies, and you are all Oakland’s promises.”

The fund will expand a program that grants $1,000 a year to any low-income public school student who chooses to attend a high school that includes a four-year college, two-year college and trade school.

This initiative will also help fund the Brilliant Baby Program, which pays $500 into a college savings account for every baby born to a low-income family in Oakland. Babies born to Medi-Cal eligible parents are eligible for this money, which is invested in stock and bond funds.

“Thousands of children in this city will receive a nest egg from birth, and as they grow, so will that investment,” Harris said. “When they turn 18, that helps them as a down payment for their education and for their future, which by the way is our future.”

Harris was brought onto the stage by Stella, a young girl also from Oakland. Before greeting Harris, Stella said she too hopes to attend college when she grows up and explained the strength of “Oakland Girl Power”.

“It’s up to us to continue this work because young leaders like Stella are counting on us, and soon we will be counting on them,” Harris said.

The event also welcomed community members such as Natalie Gallegos, an Oakland High School senior. She hailed the Oakland Promise Scholarship for the “deep impact” the funds will have not just on her but on every other high school student in the city.

“This shows us that no low-income family should be struggling financially over whether or not their children should go to college,” she said.

Tiffany Rose Naputi Lacsado, mother of three, also took the stage with her two daughters to represent the founding families of the Brilliant Baby program. Lacsado enrolled in the Unity Council Early Headstart program back in 2017 because she feared her family would not survive financially in Oakland.

Today, she has returned to the Unit Council as director of the Department of Economic Development, working with community members to “end the racial divide and disinvestment in our communities.”

“I wouldn’t be here today if you hadn’t all invested in me and my family. The greatest gift the Oakland Promise and many other programs have given me is that they imprinted on us that we deserve to live with dignity,” said Lacsado.

Gov. Gavin Newsom recently announced a similar state-funded program called CalKIDS that will open college savings accounts for all of the state’s low-income public students. This is the largest program of its kind and will benefit students worth $3.4 million.

Because the Generation Fund is separate from the CalKIDS program, Oakland students are eligible for both.

“For example, in the process of maximizing our collective future, this will help our nation do what we must do to close the prosperity gap in our country, the education gap in our country, and the opportunity gap that still exists in far too many communities,” Harris said.

We Have a Bill to Help Prevent Another Jan. 6 Attack

God save the … King? Brits will sing a new national anthem