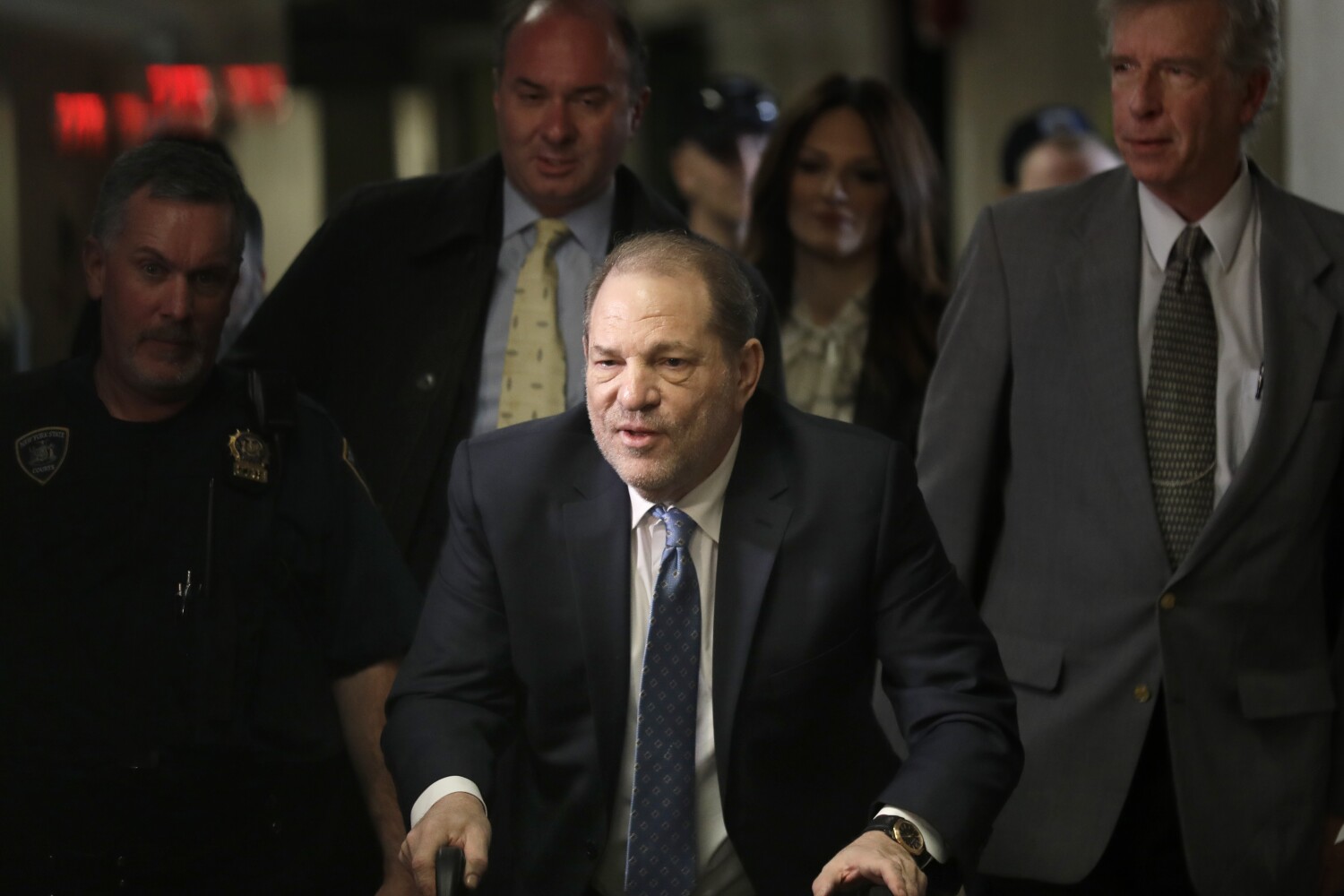 Harvey Weinstein’s 2020 sex crimes conviction, which put him behind bars for nearly a quarter of a century, is under review by the full New York Circuit Court of Appeals after its chief justice ruled there was a point of law for the panel to consider.

Chief Justice Janet DiFiore granted the appeal in the Hollywood mogul’s 2020 case, in which he was found guilty of rape and a sex crime.

Weinstein’s legal team appealed his rape conviction in April 2021, arguing that his constitutional rights were violated by the combination of a biased jury and a New York judge’s decision to allow prosecutors to use evidence unrelated to the crimes had for which he was responsible stand before the court. A five-judge appellate panel dismissed the appeal in June.

The disgraced producer is now hoping the higher court will uphold his arguments about not getting a fair trial and overturn his conviction.

The Miramax co-founder was sentenced to 23 years in New York State Penitentiary a month after his conviction in February 2020, ending a year-long saga that helped birth the #MeToo movement. More than 80 women have accused Weinstein of sexual abuse.

He was also accused of sexually assaulting five women in Los Angeles and Beverly Hills and is scheduled to go on trial on those charges in October. Weinstein has denied any wrongdoing, and his attorneys have argued that each alleged assault was consensual.

In an attempt to have the conviction overturned in New York, Weinstein’s legal team argued that testimony from three women who were not victims under New York law should have been barred.

The lower appeals court found that the women’s testimony addressed prosecutors’ allegations that the producer did not consider the women to be “romantic partners or friends.” But Weinstein’s team argued that this was an extreme departure from the panel’s previous rulings. In their appeal, his attorneys argued that the jury was unfairly influenced by New York Supreme Court Justice James Burke’s decision to allow testimony from witnesses of “past wrongdoing.”

Weinstein’s attorneys also claimed that Burke’s actions made it impossible for Weinstein to receive a fair trial.

The legal team has argued that Burke should have removed juror Amanda Brainerd from the pool because of the content of her debut novel, Age of Consent, which was published last year and dealt with issues such as sex and “predatory older men,” according to a description on the author’s website. In their appeal, Weinstein’s attorneys argued that Brainerd was not honest about the nature of the novel in the jury’s selection, and they criticized Burke for not removing her from the jury pool after the defense responded to the allotted number of challenges had exhausted potential jurors .

Weinstein was found guilty of assaulting former production assistant Mimi Haley and once-aspiring actress Jessica Mann. He also faced a charge of predatory sexual assault in connection with a rape allegation against actress Annabella Sciorra in the early 1990s, but the jury acquitted him of those charges.

Burke previously ruled that the other women who testified — including one whose allegations form the basis of some of the charges Weinstein is facing in Los Angeles — could speak with the mogul’s intent to use force and coercion to get women to do so bring to satisfy him sexually.

In their appeal, Weinstein’s attorneys argued that the testimony was irrelevant to the prosecution in this case and only served to tarnish their client’s standing before a jury.

Meghan Markle's Son Archie Could Have Died In A Fire-'As A Mother, You Go, ‘Oh, My God'

10 Underrated Sci-Fi Dramas That Deserved to Be Hits

Where To Stream The Best Video Game Movies