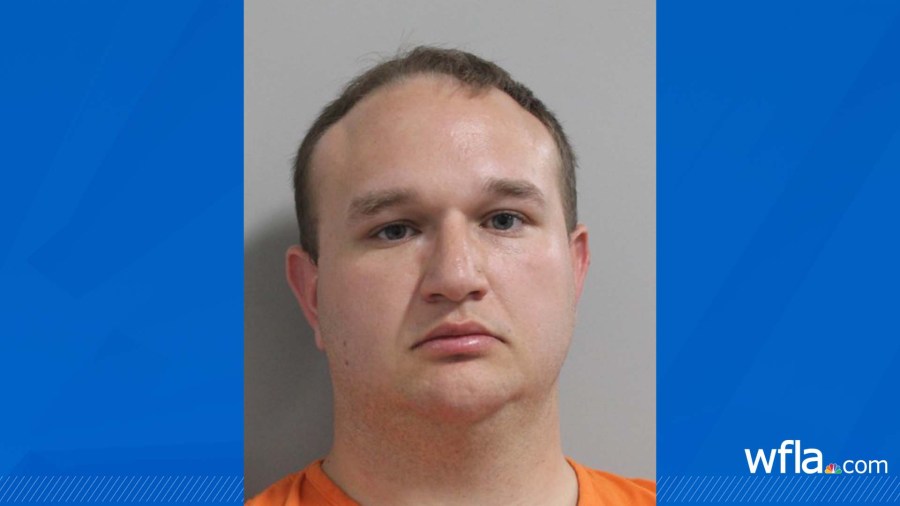 POLK COUNTY, Fla. (WFLA) – A Polk County deputy was arrested Wednesday for child abuse after authorities said he grabbed a girl by the neck during a “torture” trial.

The incident began on Monday, May 9 when Austin Moates, of the Polk County Sheriff’s Office, received a call that two children were involved in a school bullying incident.


Moates told Lakeland Police Department officers that he took the children home and talked to their mother before he “hit them with his hands then for their behavior,” according to an arrest affidavit. know.

Officers said Moates then told one of the children to go to their room, but they refused. That’s when authorities say he grabbed the child by the neck and forced them upstairs.

After the incident, Moates took the children to Duff Field in Lakeland, where a person, unidentified police, noticed red marks on the child’s neck. When the child was asked if Moates was responsible for the points, they said yes.

When this person asked Moates where the red marks were coming from, he replied, “what are you talking about,” the arrest documents are said to be. Moates continued, saying he wasn’t aware of any traces but said the child “definitely did it to herself when she was on a rampage.” [at home]. ”

The person asked another witness if they had seen Moates raping the girl upstairs earlier in the day, to which the witness said, “Oh yes, because she…” paused for a moment and then continued to “put her arms around. hers,” according to police.

Moates was arrested on Wednesday, May 18 for child abuse.

https://www.wfla.com/news/polk-county/he-wanted-me-to-die-polk-deputy-arrested-for-child-abuse/ ‘He wanted me to die’: Polk deputy arrested for child abuse

Mick Jagger on Harry Styles: 'Superficial Resemblance' to Younger Self

Medicaid coverage will not end in July