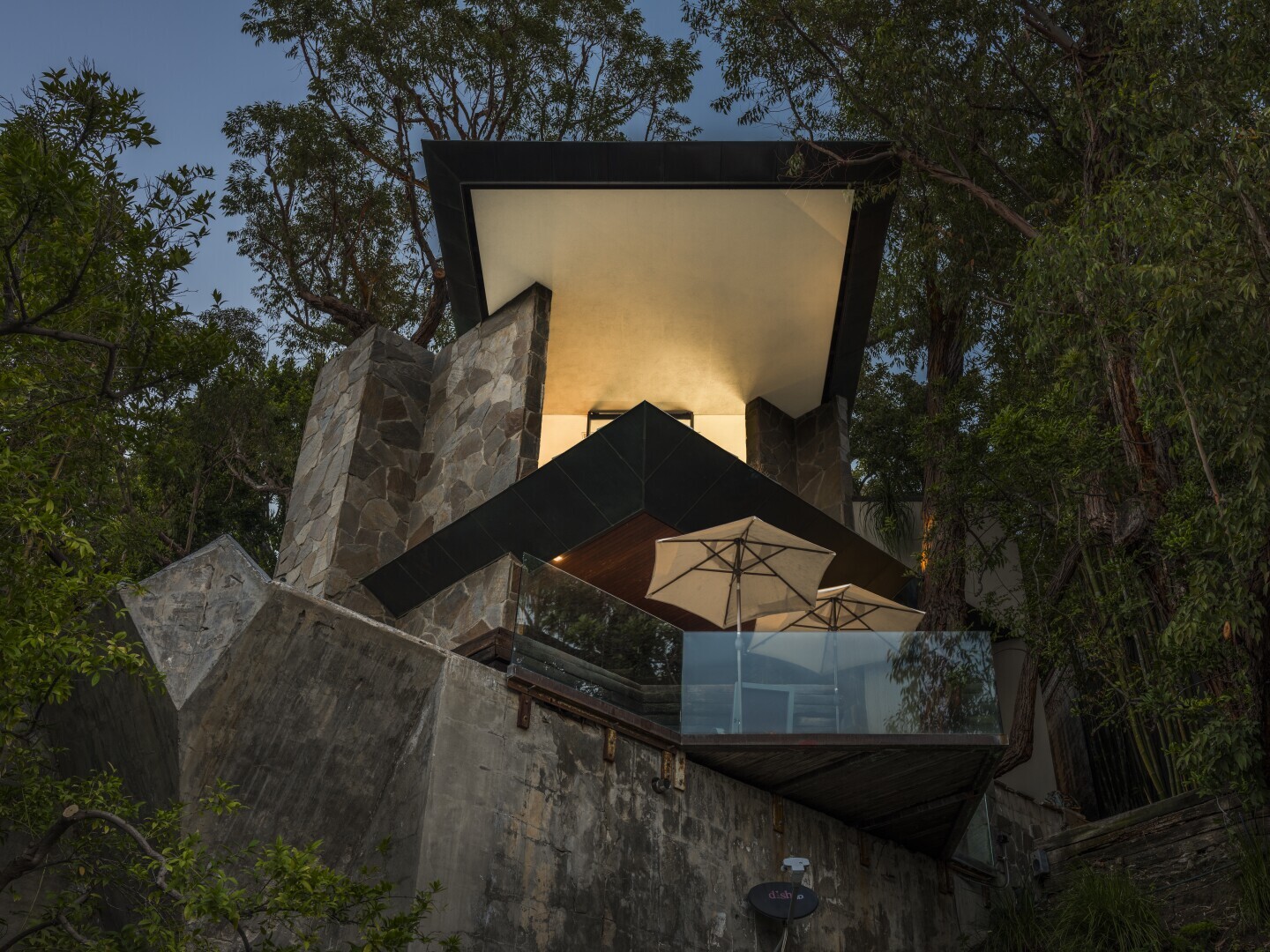 Nicolas Ghesquière, creative director of French fashion house Louis Vuitton, has just purchased one of the most stylish properties in LA.

The sellers are Amanda Hearst, niece of publishing magnate William Randolph Hearst, and her husband, director Joachim Rønning. They made a hefty profit on this property after buying it two years ago for $5.9 million.

The Midcentury gem was built in 1961 by John Lautner, an architect known for his bold, dramatic creations that frequently appear on the silver screen. His numerous works include the legendary Bob Hope House in Palm Springs and the Silvertop Estate in Silver Lake. His personal mansion changed hands two years ago for $1.67 million, or $80,000 off the asking price.

The Wolff House is one of Lautner’s finest, as the striking Modernism marvel hovers over the city over an extremely sloping site in the Hollywood Hills. A combination of natural materials and modern touches, the house surrounds a giant Eucalyptus tree that cuts across the space.

The beautiful living space blends stone, copper and glass, as 16-foot windows draw into the leafy grounds and the city below. Another highlight lies in the spiral staircase, where warm wooden steps wind in a curved stone wall.

Four bedrooms and 3.5 bathrooms complete the main house, and a guest house opened in 1970 that adds three bedrooms and two bathrooms. The main suite extends to a private terrace and the lower floor opens to the outside, where a covered pool sits at the edge of the property.

In 2006, the famous site was designated a Los Angeles Historic-Cultural Landmark.

Ghesquière worked at Balenciaga, where he was named one of Time magazine’s 100 most influential people in 2006, before joining Louis Vuitton in 2013.

Hearst and Rønning were married last year at Hearst Castle in San Simeon. Hearst previously served as editor of fashion magazine Marie Claire. Rønning, a native of Norway, has directed films for two decades with credits including “Pirates of the Caribbean: Dead Men Tell No Tales” and “Maleficent: Mistress of Evil.”

'Harvestella' is a Square Enix farming sim with a dark twist