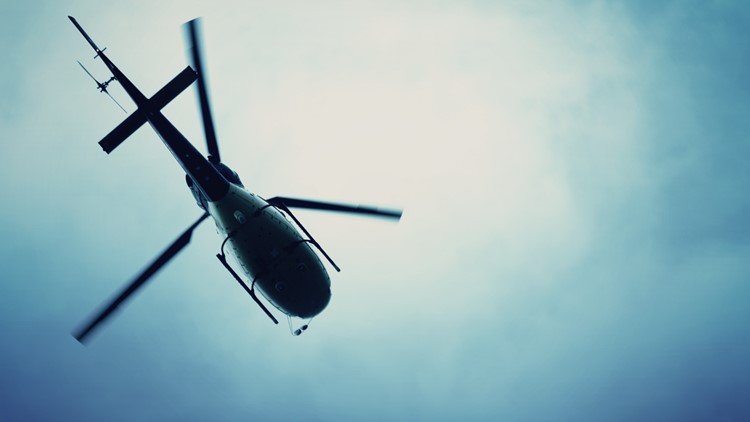 The downed Vietnam-era helicopter was being used for tourist flights over West Virginia, authorities said.

LOGAN, W.Va. – A Vietnam-era helicopter carrying tourists over West Virginia crashed and burned out, killing all six people on board, authorities said.

All six on board were killed, said Ray Bryant, chief of operations for the Logan County Emergency Medical Services Department. The helicopter crashed on a highway near the local airport in clear weather, he said.

“The entire cabin was on fire,” Bryant said in a phone interview on Thursday.

“He was recognized by first responders as a helicopter from that area because we see him a lot,” he said.

Bobbi Childs, who lives nearby, saw smoke and flames and got close enough to see a man trapped.

“I saw there was a guy trapped there, I’m guessing the captain. I tried to get down to the door where he was. You could see him in daylight. I tried to get to him but the fire was too hot. I couldn’t reach him,” Childs told WOWK-TV.

The helicopter is based at nearby Logan Airport and will be used for tourist flights, Bryant told WSAZ-TV.

The road should remain closed for at least 24 hours. The FAA and the National Transportation Safety Board will investigate.

Xerxe's found his rookie passion again with Astralis in LEC: 'I feel way better in EU'

The Fed Can’t Reduce Inflation by Winging It