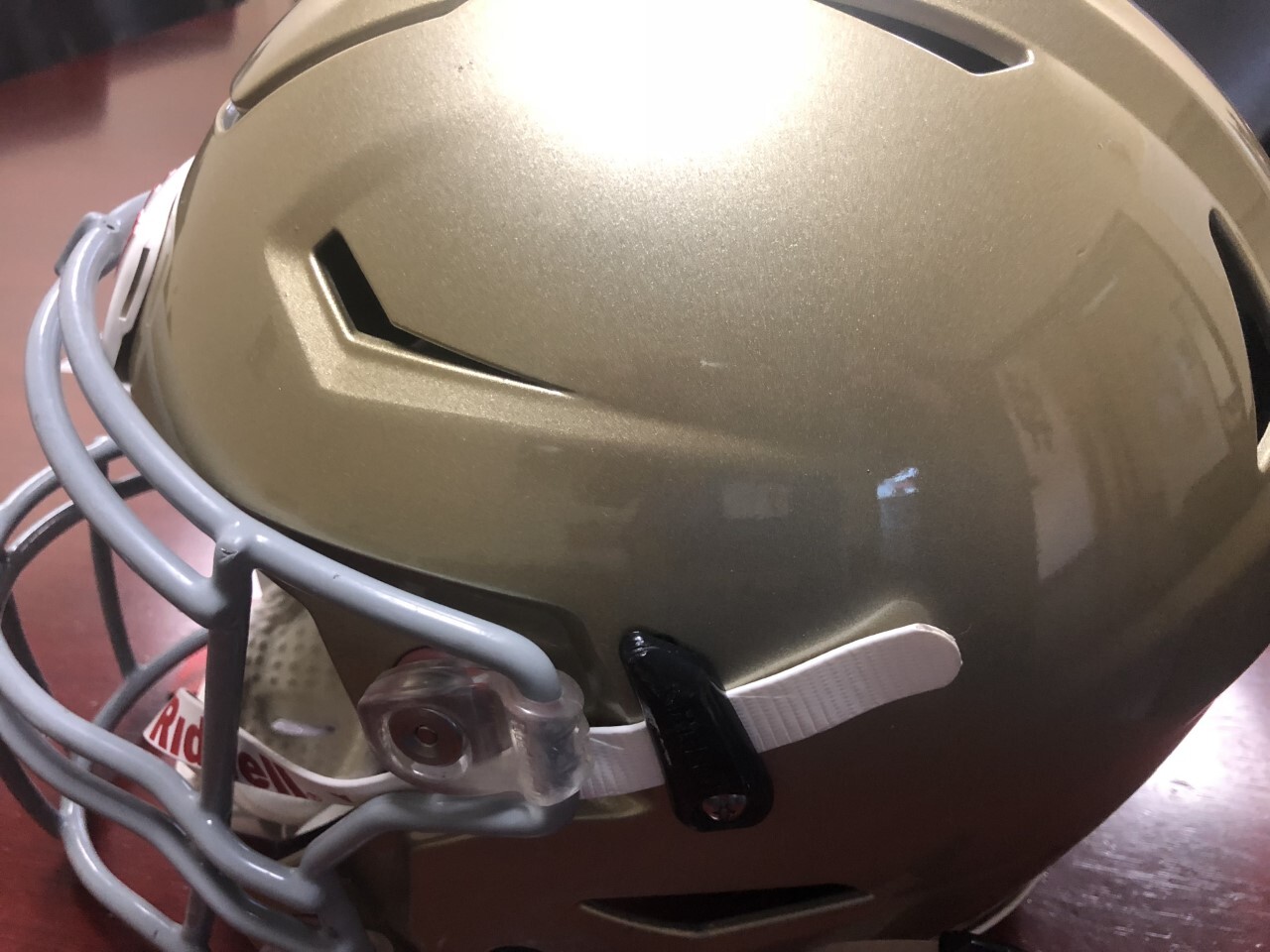 With high school football practice starting next week, some coaches are scrambling to find enough helmets for the players. Top manufacturers seem to have fallen behind when it comes to fulfilling orders for new helmets and returning refurbished helmets.

Trainers who ordered helmets months ago are in far better shape than those who waited until spring.

Dave Siedelman, an administrator with the Los Angeles Unified School District’s athletics office, warned coaches in June that they must submit helmet orders immediately. LAUSD has since helped trainers by purchasing helmets through Xenith and Buddy’s All Stars. They should be delivered by early August.

“Every school gets what it needs,” Siedelman said.

Simi Valley coach Jim Benkert said he was warned months ago of possible shortages of helmets, shoulder pads and footballs. He said several coaches called him looking for equipment.

The bottlenecks come at a time when schools are trying to increase participation and restart teams at lower levels after dealing with COVID-19 issues for two years.

“I have to come up with something,” said Leuzinger trainer Brandon Manumaleuna when he found enough equipment.

Leuzinger starts his season on September 1st against Chino Hills Ayala. A shipment of new helmets that the program has ordered is due to arrive on August 30. In the meantime, Manumaleuna needs to get creative.

“We’ll probably have to buy them from someone else,” he said.

Gardena Serra trainer Scott Altenberg is waiting for 10 helmets. They were originally supposed to arrive two weeks ago. Then last week.

“Sometimes you get a kid with a weird shaped head and you can quickly order a helmet,” Altenberg said. “That doesn’t seem like an option anymore.”

The problem also extends to the refurbishment of used helmets.

Lakewood Mayfair coach Derek Bedell has been waiting for his kit to be returned since December. He said 75 are expected to come on Tuesday and 150 at a later date. He suspected part of the problem was due to coaches not refurbishing their helmets after the 2020 season shortened by COVID-19, leading to increased demand this off-season.

Manumaleuna and Altenberg said they faced the same issues last season. Altenberg didn’t receive all his helmets until week 3, and when he got it he said they weren’t quite the right color.

“But they were blue,” Altenberg said, “so that’s what we went for.”

His solution last season – pick up the phone and make a few calls. Time for some networking.

Loyola coach Drew Casani said he contacted Riddell and Schutt representatives to locate helmets and was told orders could not be filled for several months.

“There is nothing available,” he said.

Monkeypox: 2 children, including CA toddler, diagnosed with virus in US, CDC says

The Hairy Man's Guide To Skincare