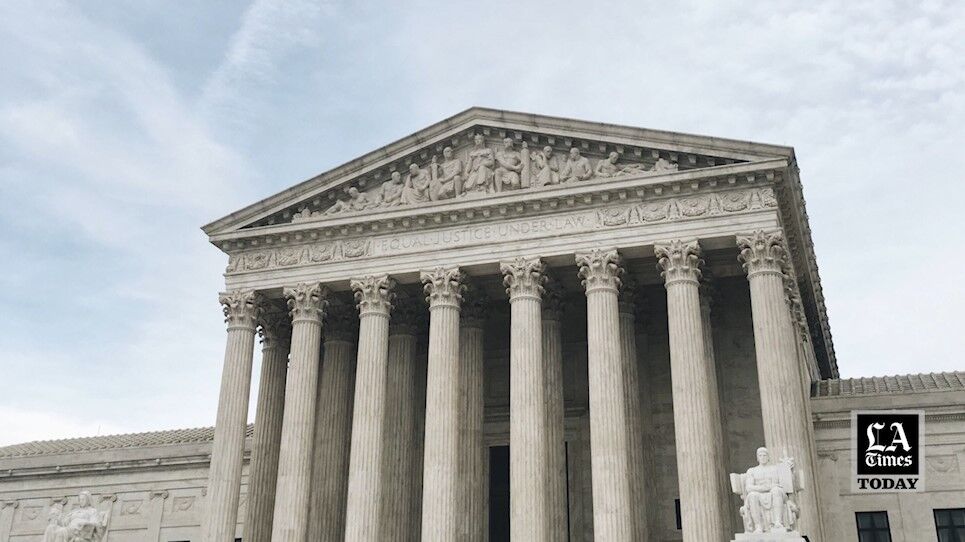 Here’s a look at some of the key cases to be heard in the Supreme Court’s term beginning Oct. 3.

Do Harvard and the University of North Carolina violate the Constitution and federal civil rights law by giving an advantage to qualified Black and Hispanic applicants and discriminating against Asian American students?

Since the 1978 Regents of the University of California v. Bakke case, the court has ruled that colleges and universities can consider race as a “plus factor” for Black and Hispanic applicants to create a more diverse class.

But the court’s conservatives have long opposed this affirmative action, claiming the law prohibits consideration of an applicant’s race.

Students for Fair Admissions vs. Harvard and SFFA vs. UNC will be heard on October 31st.

Does the Voting Rights Act require fair and equal representation of Blacks and Latinos, and sometimes require states to draw constituencies that are likely to vote for a Black or Hispanic candidate?

Attorneys for Alabama are calling this a form of “racial segregation” and are asking the court to enact a “racially neutral” rule that exempts states from that duty of fair representation of racial minorities.

About 27% of Alabama residents are black, but only one in seven congressional districts had a black majority under the state’s map.

Merrill vs. Milligan will be discussed on October 4th.

Does a state legislature have “independent” and exclusive authority to set the rules for federal elections, or can the Supreme Court or the governor also play a role?

This case arose when North Carolina’s Republican lawmakers drew a highly partisan electoral map that would ensure 10 of 14 congressional seats would be held by the GOP.

But the state Supreme Court ruled that the map was unfair and violated the state’s constitution, and the judges drew a new map. Now Republican lawmakers are urging judges to rule the power over map-making rests solely with them.

Election law experts fear such a ruling could encourage partisan lawmakers to meddle in the 2024 presidential election.

Moore vs. Harper will be heard in December.

Does a Colorado website designer who is a conservative Christian have the right to free speech to refuse to work on wedding plans for a same-sex couple, or does this discrimination violate state civil rights law?

Four years ago, judges wrestled with that question in the Masterpiece Cakeshop case involving a wedding cake baker, but failed to rule on the free speech issue.

A ruling for the Colorado plaintiff could affect California and 20 other states that prohibit discrimination based on sexual orientation.

303Creative vs. Elenis will be heard in December.

Can wetlands generally be protected from development under the Clean Water Act or only if they are part of a permanent and flowing body of water?

Under federal law, the Environmental Protection Agency can protect “United States waters” from pollutants, but it’s not clear if the agency’s powers extend to seasonal streams or swampy land that doesn’t directly connect to a lake, river, or bay is.

Sackett vs. EPA will be discussed on October 3rd.

Pork producers from California and the Midwest

Can California voters demand that pork sold in the state comes from farms that don’t “abuse” animals and where breeding pigs are given ample room to stand and turn?

Midwestern farmers say 99% of the pork sold in California comes from outside the state, and they say state regulations would force them to make costly changes to their operations.

The court will hear her complaint that Proposition 12 of 2018 is unconstitutional because it affects interstate commerce.

National Pork Producers Council vs. Ross will be heard on October 11th.

The administration argued that immigration officials have always had wide discretion in enforcing the law, but a Texas judge blocked application of the new guidelines.

And by a vote of 5 to 4, the Supreme Court in July denied an emergency motion to overturn the judge’s order.

US vs. Texas is expected to be heard in December.

Does the Indian Child Welfare Act interfere with a state’s power over adoption and foster care and unfairly restrict adoption by parents who are not of the child’s tribe?

Congress passed the measure in 1978 to prevent Native American children from being removed by tribes, but Texas and three couples sued that the law went too far.

Haaland vs. Brackeen will be heard on November 9th.

Did Andy Warhol make appropriate use of Lynn Goldsmith’s 1981 photograph of Prince by transforming it into something new and different with his 1984 Prince series of screenprints, or did he infringe on her copyright because his work is clearly hers?

This is an important copyright issue, as judges are divided over whether adaptations of copyrighted material can be used freely if they are sufficiently “transformative.”

Andy Warhol Foundation vs. Goldsmith will be heard on October 12th.

https://www.latimes.com/politics/story/2022-09-29/supreme-courts-major-cases-to-be-heard-this-fall Here are the major cases before the Supreme Court this fall

Who’s who: Key figures in the Jan. 6 hearings