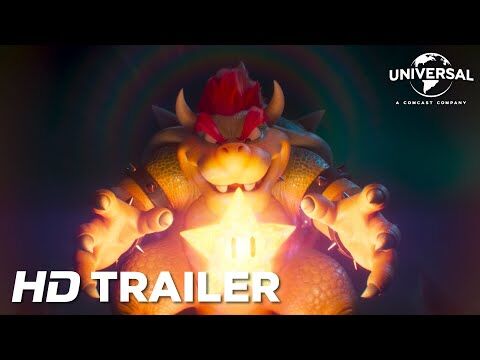 More than a year after the announcement that Chris Pratt would be starring as Mario, the iconic mustache-wearing Italian plumber, Nintendo and Illumination Studios unveiled the trailer for the upcoming animated Super Mario Bros. Movie at New York Comic-Con on Thursday “. The clip introduced a new version of the game series’ Mushroom Kingdom and its beloved characters.

The trailer begins with Bowser (Jack Black) terrorizing a frozen landscape with his fiery attacks. When the resident penguins see their home destroyed by the “King of the Koopas,” they retaliate with a barrage of snowballs that ultimately prove powerless.

“This is just a taste of our anger. Will you give in?” asked a penguin king.

“I don’t,” Bowser replied before setting the kingdom on fire and seizing the penguins with the help of Kamek and his magical powers.

Once the ice melts, Bowser spots the coveted Super Star and holds it in his hands.

The answer? Pratt’s Mario, who has just fallen into the Mushroom Kingdom from a recognizable green pipe. Accompanied by Toad, Mario makes his way to the castle and a dramatic interpretation of the legendary “Mario” theme is played.

While the first trailer allowed fans to see what the game would look like as an animated film, it mostly gave viewers a taste of Pratt’s voice acting skills as Mario. And he sounds… like himself.

The clip ends with a brief glimpse of Luigi, voiced by Charlie Day, while attempting to escape from a horde of Dry Bone or skeletonized Koopas.

Aaron Horvath and Michael Jelenic direct the latest film adaptation of the gaming classic, which will be released more than 30 years after the live-action Super Mario Bros. Movie starring Bob Hoskins and John Leguizamo. Minions: The Rise of Gru author Matthew Fogel wrote the screenplay.

Last year, Pratt said in an Instagram video that casting the lead role was a “dream come true.”

“It’s me, Mario,” he said in his normal tone. “That’s not the voice, you have to wait to hear the voice, but we’ve worked hard on it and I’m really excited to announce that I’ll be the voice of the video game I dreamed of playing as a kid.” .”

His casting raised a few eyebrows and became a meme on social media. Despite the backlash, Illumination Studios founder and CEO Chris Meledandri said he’s working with the Jurassic World star and his team to nail Mario’s beloved voice.

“When people hear Chris Pratt perform, the criticism evaporates, maybe not entirely — people love to speak their minds like they should,” reported Deadline, Meledandri said last year. “I’m not sure that’s the smartest defense, but as a person of Italian-American heritage, I feel like I can make that decision without worrying about offending Italians or Italian-Americans.” … I think we’ll be fine.”

After the backlash, Pratt addressed the controversy head-on, telling Variety in June that his take on the voice will be different than what fans know.

“I worked really closely with the directors and tried a few things and ended up with something that I’m really proud of and can’t wait for people to see and hear,” said the ‘Terminal List’ star. “It’s an animated voice-over narration. It’s not a live action film. I will not wear a plumber’s suit that runs everywhere. I’m providing a voice for an animated character, and it’s updated and unlike anything you’ve heard before in the Mario world.”

The film, originally scheduled to premiere in December this year, will instead hit theaters on April 7 over Easter weekend.

38 People Were Killed in a Day-Care Shooting in Thailand

How The Midnight Club Explores the Healing Effects of Storytelling

Back to the Future Musical Coming to Broadway Next Summer