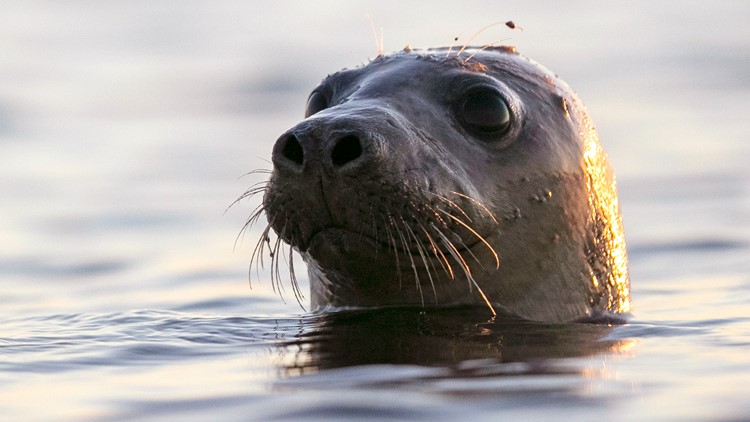 The rate of dead seal strandings in Maine is about three times the normal rate for the summer and is nearing 60, NOAA said.

PORTLAND, Maine — An unusual number of seals are becoming stranded and dying off Maine this summer, and bird flu is to blame, the federal government said Tuesday.

The US Department of Agriculture has confirmed that samples from four Maine seals have tested positive for the virus. The animals all died or had to be euthanized, the National Oceanic and Atmospheric Administration said.

Marine mammal rescuers noticed an unusually high number of seal strandings in June, and then the USDA conducted the testing, NOAA said in a statement. The rate of dead seal strandings in Maine is about three times the normal rate for the summer, at nearly 60, the agency said.

The USDA is informing the Centers for Disease Control and Prevention and state animal and public health agencies of the deaths that occurred after an outbreak of bird flu that resulted in the deaths of tens of millions of chickens and turkeys on farms. The virus can spread to mammals, although it rarely affects humans.

It’s not the first case of bird flu spreading to marine mammals like seals, but the federal government is still closely monitoring the deaths, said Allison Ferreira, a spokeswoman for NOAA.

“There is a nationwide outbreak of bird flu, which has been a concern for these animals,” Ferreira said.

Most of the seals stranded in Maine this summer were dead, NOAA said. The dead seals included gray seals and harbor seals.

The health risk “to the general public from bird flu is low; However, precautionary measures are recommended,” the NOAA statement said. The agency said people and pets should never approach seals and contact authorities if they find an animal they think is stranded.

Elsewhere in New England, hundreds of birds have washed up dead on Martha’s Vineyard, and local officials have sounded the alarm about a possible bird flu outbreak.

The source of the outbreak among seals is still under investigation.

Marine Mammals of Maine, a rescue organization, says it has responded to 40 stranded seals since June 1. Katy Green, a spokeswoman for the organization, said she is “aware of this evolving situation” and is working with NOAA on it.

Gray seals and harbor hares abound off New England, where they are loved by wildlife watchers and sometimes lamented by fishermen. However, the bird flu deaths are not the first time they have been dying at an alarming rate.

NOAA declared an “unusual fatality event” for the seals after more than 2,700 of them were stranded off Maine, New Hampshire and Massachusetts from July 2018 to March 2020. The Fed attributed these deaths to the phocine distemper virus. This virus does not affect humans.

‘Eagles are so superior’: PostGame Show breaks down win over Commanders

Majority of Tunisians Vote in Favor of New Constitution