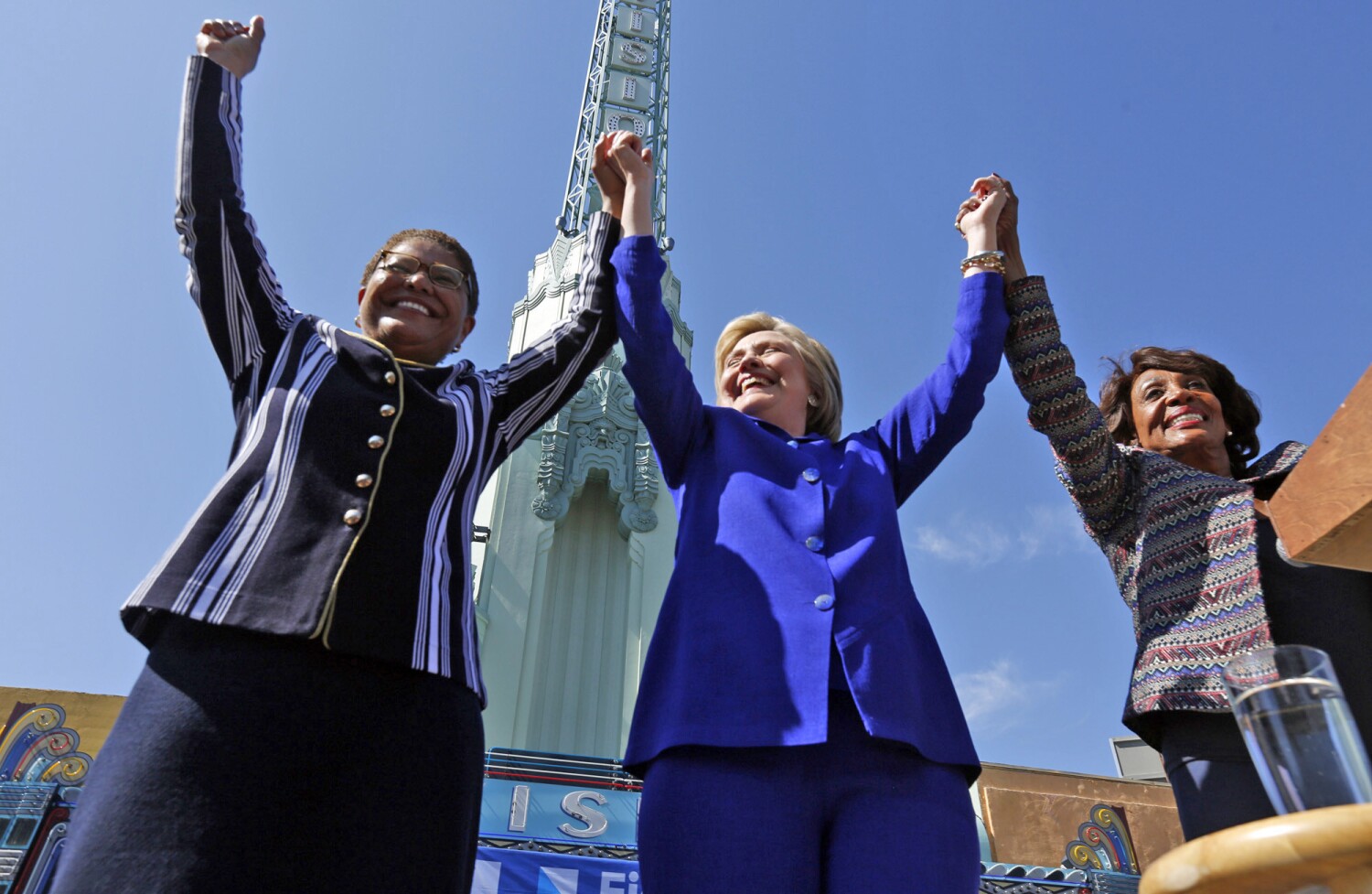 Former Secretary of State Hillary Clinton endorsed Rep. Karen Bass in the Los Angeles mayoral campaign on Thursday, characterizing Bass as “a proven leader who will bring Angelenos together to solve problems while championing women’s rights and young people’s opportunities.” .

In a statement, Bass said, “I’m proud to have worked with Secretary Clinton in Los Angeles, Washington and abroad on issues we both care about, including reforms to keep children and families out of homelessness and poverty cycles to stop.”

Bass emerged from the June primary as the front runner in the mayoral race, finishing seven points ahead of Rick Caruso, who poured tens of millions of dollars into his campaign.

Those endorsements have helped sharpen contrasts between Bass, a lifelong Democrat, and Caruso, a former Republican and non-party voter who changed his party affiliation to Democrat in late January.

Caruso, who has fought as an outsider and has frequently criticized elected officials as ill-equipped to solve the city’s problems, has garnered little support from established figures in the party.

Aside from a handful of high-profile celebrities, Caruso’s most prominent endorsement comes from business and law enforcement groups.

The political action committees of the Los Angeles Chamber of Commerce and the Los Angeles County Business Federation, known as BizFed, have also backed the real estate developer. A handful of current and former elected officials, including former Republican Mayor Richard Riordan and council members John Lee and Joe Buscaino, have backed Caruso.

Governor Gavin Newsom and Los Angeles Mayor Eric Garcetti are yet to comment on the race.

During the city’s last open mayoral campaign in 2013, former President Clinton supported Garcetti’s opponent Wendy Greuel, who had been an early and active supporter of Hillary Clinton’s presidential campaign.

Although she endorsed President Obama in the 2008 Democratic primary, Bass endorsed Clinton early in the 2016 race. announce their support Days after Clinton officially launched her candidacy in April 2015.

Fall Fashion Trends 2022: See the Most Wanted Menswear of the Season

Pulisic jerseys 'ruined'; Everton at the White House? What you missed from U.S. preseason tours