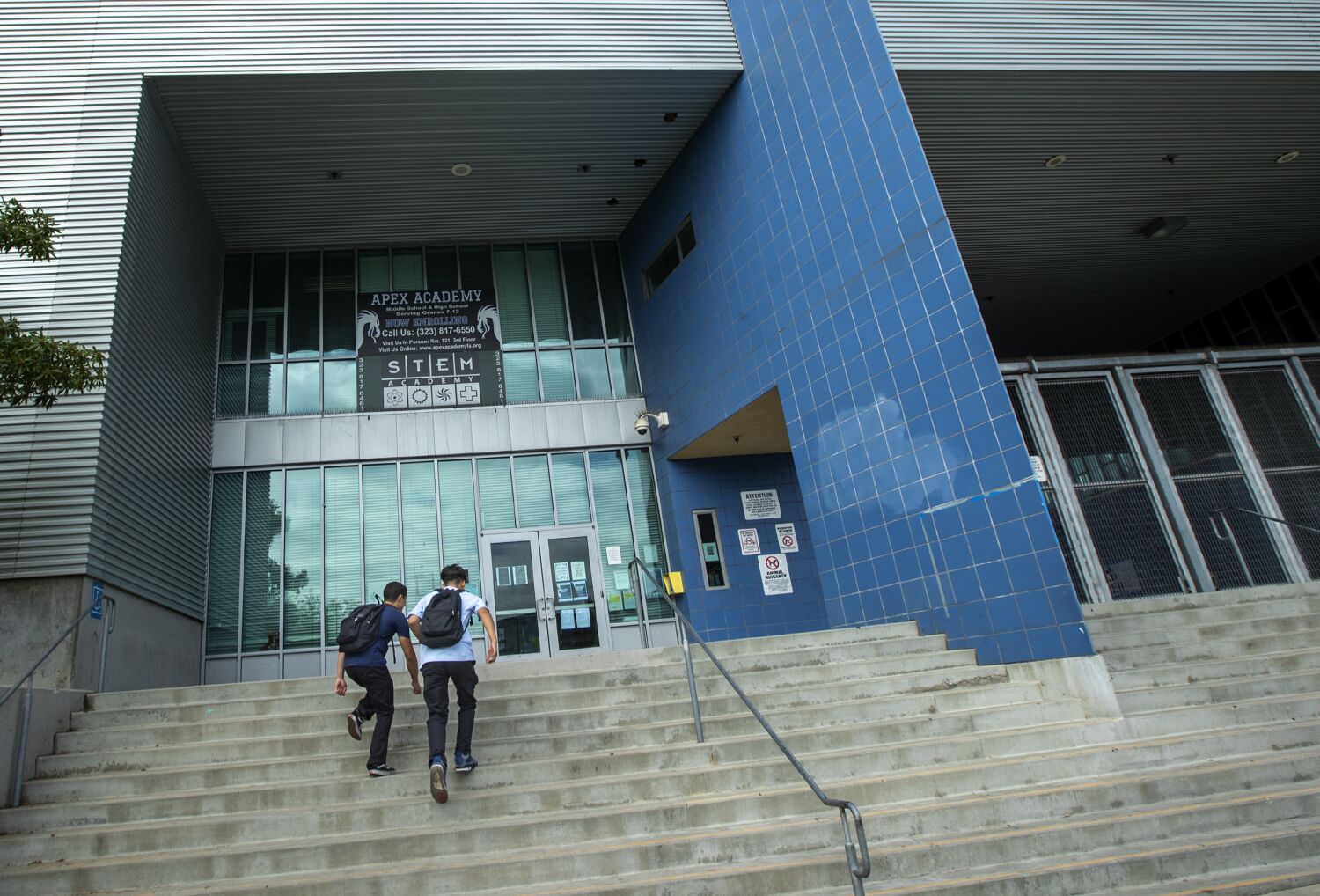 A Bernstein High School student was arrested Thursday in connection with the death of another student, who authorities said died at the Hollywood School after taking pills laced with fentanyl.

A law enforcement source told the Times that a teenager has been arrested by Los Angeles Police Department for questioning.

LAPD officers responded to a possible drug overdose at the school, located on the 1300 block of North Wilton Place, around 9 p.m. Tuesday, according to a police press release.

A girl who may have overdosed told her stepfather that her friend was in the girls’ bathroom, police said. The parents and a school worker found an unresponsive student in the bathroom and attempted life-saving measures.

The Los Angeles Fire Department arrived and pronounced the girl dead at the scene. The other student was taken to a local hospital in stable condition. The Los Angeles County Coroner’s Office identified the deceased girl as 15-year-old Melanie Ramos.

Ten students, including Tuesday night’s four, overdosed on drugs given to them at Lexington Park, which is a few blocks from Bernstein, in the past three weeks, according to the Los Angeles Unified School District Supt. Alberto Carvalho.

The district did not immediately respond to a request for comment Thursday.

Carvalho met with Melanie’s parents on Wednesday morning and confirmed that two of the four girls who suffered an overdose, including the deceased, are 15-year-olds from Bernstein. The third girl was a 17-year-old from Hollywood High School, and Carvalho had no information about the fourth victim.

The LAPD is working with the US Drug Enforcement Administration on the investigation as drug sales continue, Carvalho said.

Police warned that it is becoming increasingly common for drug dealers to spike pills with fentanyl – a highly addictive synthetic opioid used in medical facilities to treat extreme pain. The drug is up to 100 times more potent than morphine, making it very dangerous outside of medical facilities.

Mobile phones give deeper look into living homeless in L.A.

Was This the Summer That Saved the Biden Presidency?