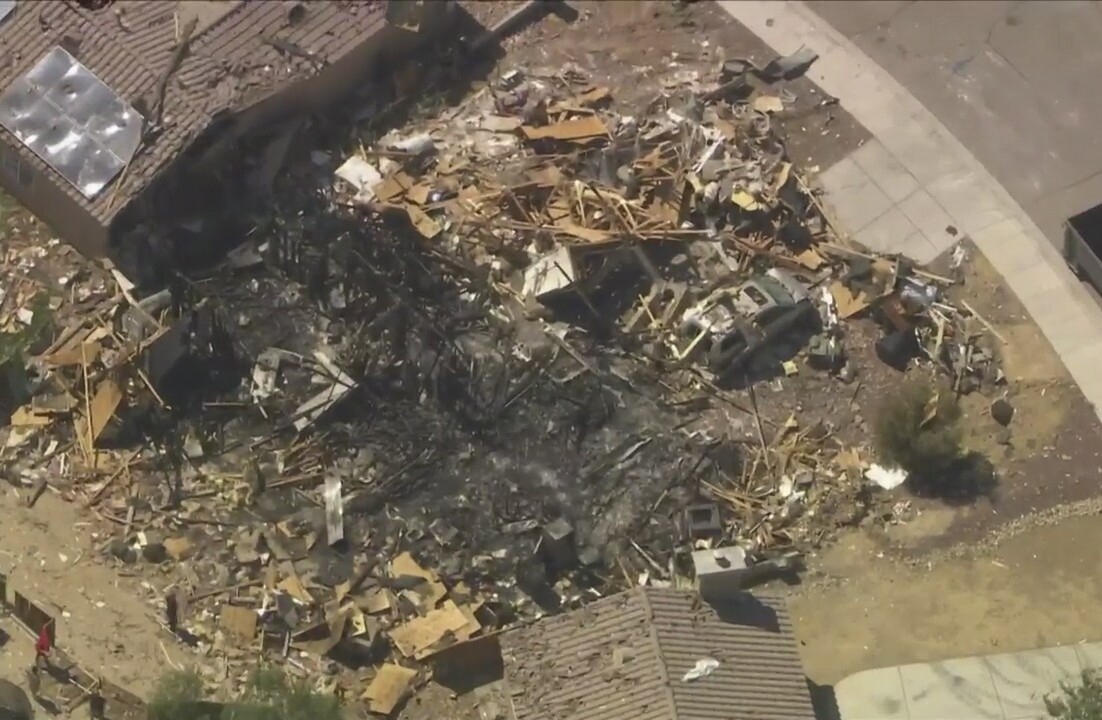 A 40-year-old woman was seriously injured in an explosion that destroyed a home in Victorville early Wednesday, city officials said.

Around 3 a.m., the Victorville Fire Department received reports of an explosion and fire at a home in the 14900 block of Adalane Court, city spokeswoman Sue Jones said.

The emergency services found a 40-year-old woman, previously the only known resident of the house, with serious injuries.

The woman was flown to a nearby hospital and was in critical but stable condition as of Wednesday afternoon, according to the San Bernardino County Sheriff’s Department.

The blast “leveled” the home, Jones said, and firefighters spent about three hours putting out the resulting fire. The cause of the incident is under investigation.

Footage captured by KTLA-TV Channel 5 showed the charred and splintered debris of the home surrounding a blackened crater, with what appeared to be a vehicle in the driveway and debris strewn onto adjacent homes and yards.

Jones said the blast threw debris up to a block away.

At least two homes adjacent to the blast were damaged and marked in red, displacing four residents. However, no other injuries were reported.

The city will offer debris removal and structural inspections for nearby homes, Jones said.

‘The Young And The Restless’ Spoilers: Another Car Accident?! – Chance Chancellor (Conner Floyd) Gets A Strange Phone Call

Why Won’t the Left Talk About Racial Disparities in Abortion?