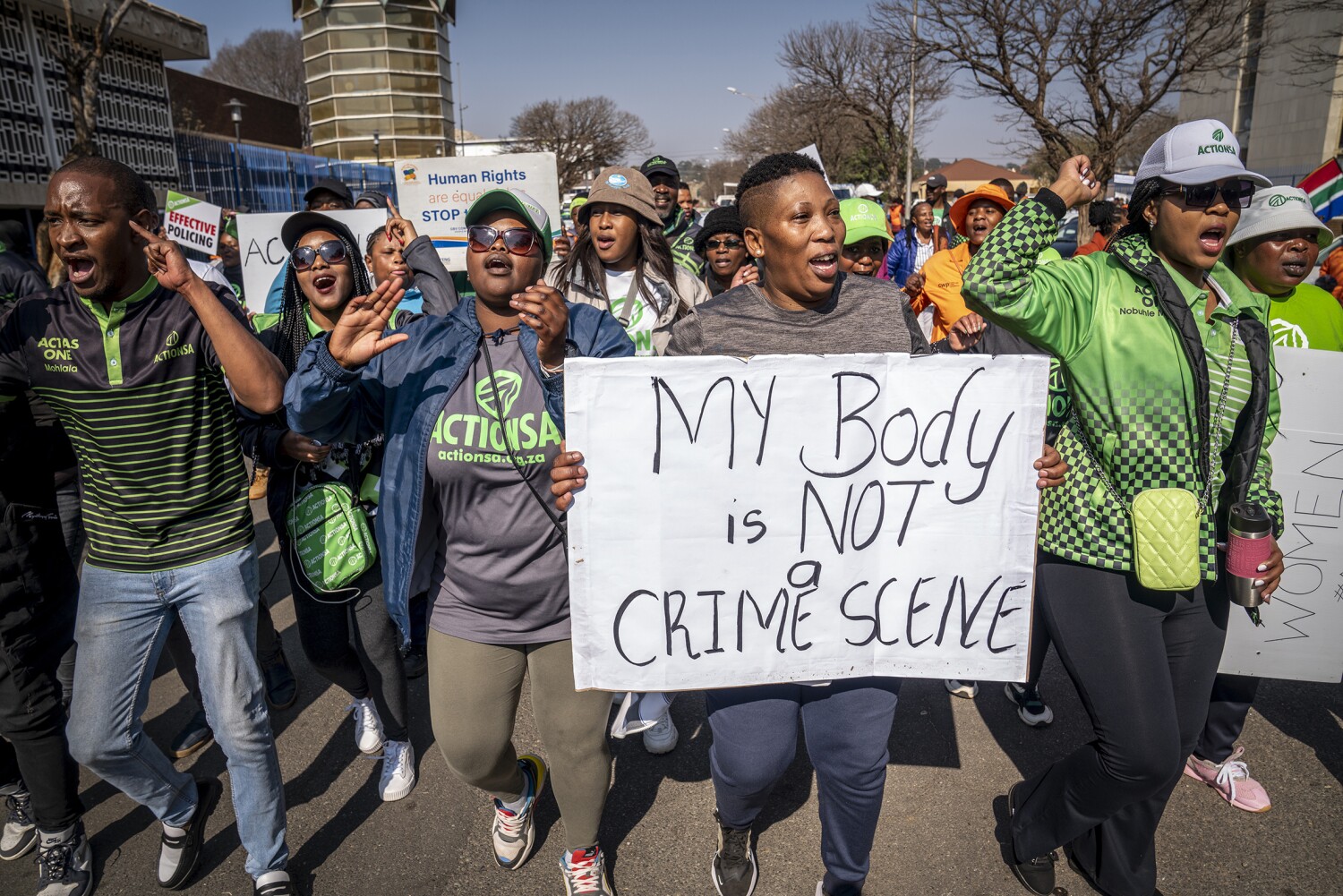 The gang rape of eight women – allegedly by illegal miners – has gripped South Africa and encapsulated many of the ills that have plagued that society at once.

The victims were models recording a program at a mining site during an attack. More than 100 men were arrested in the attack, although not all have been charged. Many are from neighboring countries — most in Johannesburg, mostly Lesotho — and are in South Africa undocumented, police say.

Activists “need to turn in their graves,” said Sophia Williams de-Bruyn, a veteran advocate who has been fighting violence against women for decades. Tuesday is a public holiday here, marking an anti-apartheid march undertaken by brave women 66 years ago, a touchstone in the fight for women’s rights.

The scourge of rape has long been one of South Africa’s post-apartheid crimes, one that human rights groups and law enforcement agencies are constantly confronted with. The United Nations says the rate of rape in South Africa is among the highest in the world; Local media say there are about 110 rapes a day on average in the country.

And now the alleged culprits are said to be part of another scourge – miners who entered the country illegally and are involved in the illegal extraction of gold and other valuable minerals from abandoned mines in precarious circumstances without safety measures or environmental protection.

They even have a name: zama zamas, a Zulu slang term meaning “hold on”, “hold out”. Illegal miners who take advantage of South Africa’s lax mineral exploitation regulations and work under the radar.

Local residents attribute rampant crime in local communities in recent years to the influx of illegal miners — “a situation law enforcement officials appear unable or unwilling to control,” wrote Tracy-Lynn Field, a professor of environmental law at the University of Witwatersrand. in an opinion piece for the Star newspaper. “An illegal and unregulated gold mining industry that is among the most lucrative and violent on the African continent has taken root.”

South African regulations don’t recognize artisanal mining, she said, leaving those working in the field working in a lawless environment.

In retaliation for the gang rape, groups of local residents set fire to huts belonging to the Zama Zamas. One person was reportedly killed. Senior government officials said the illegal miners were likely from Mozambique, Lesotho and Zimbabwe.

Activists complained that a form of xenophobia threatened to overshadow the outrageous violence against women. Tuesday’s bank holiday was a moment to debate “gender-based” violence, including rape, murder and child abuse.

The rape of the eight women happened near a mining camp in late July, police said. The women were filming a music video when masked gunmen attacked, police said. It was not clear how many alleged attackers took part, but 80 were tried earlier this month.

Amanda Gouws, professor of political science and researcher in gender politics at Stellenbosch University, said rape in South Africa is “endemic and systematic” but that the authorities show a tremendous lack of understanding of the crime. She said authorities are “individualizing” rapes — blaming them on a handful of men, rather than examining the underlying violence, sexist attitudes and morbid pursuit of power.

“The response of the police – as well as the ruling African National Congress (ANC) – underscores the failure to recognize the systemic nature of the problem,” Gouws wrote after the gang rape. As an example, she pointed to an ANC proposal to chemically castrate convicted rapists, which she described as a punishment that, while harsh, fails to address the violent nature of the crime.

On Tuesday, women and others appeared at several demonstrations in Johannesburg and Pretoria, waving signs with slogans such as “My body is not your crime scene.”

US Secretary of State Antony J. Blinken used the holiday to visit the country’s leading medical research institute, where 60% of scientists, doctors and other staff are women. He said empowering women in pioneering science and medicine programs is a “hope” for South Africa.

Is Congress Getting Over Covid-19?