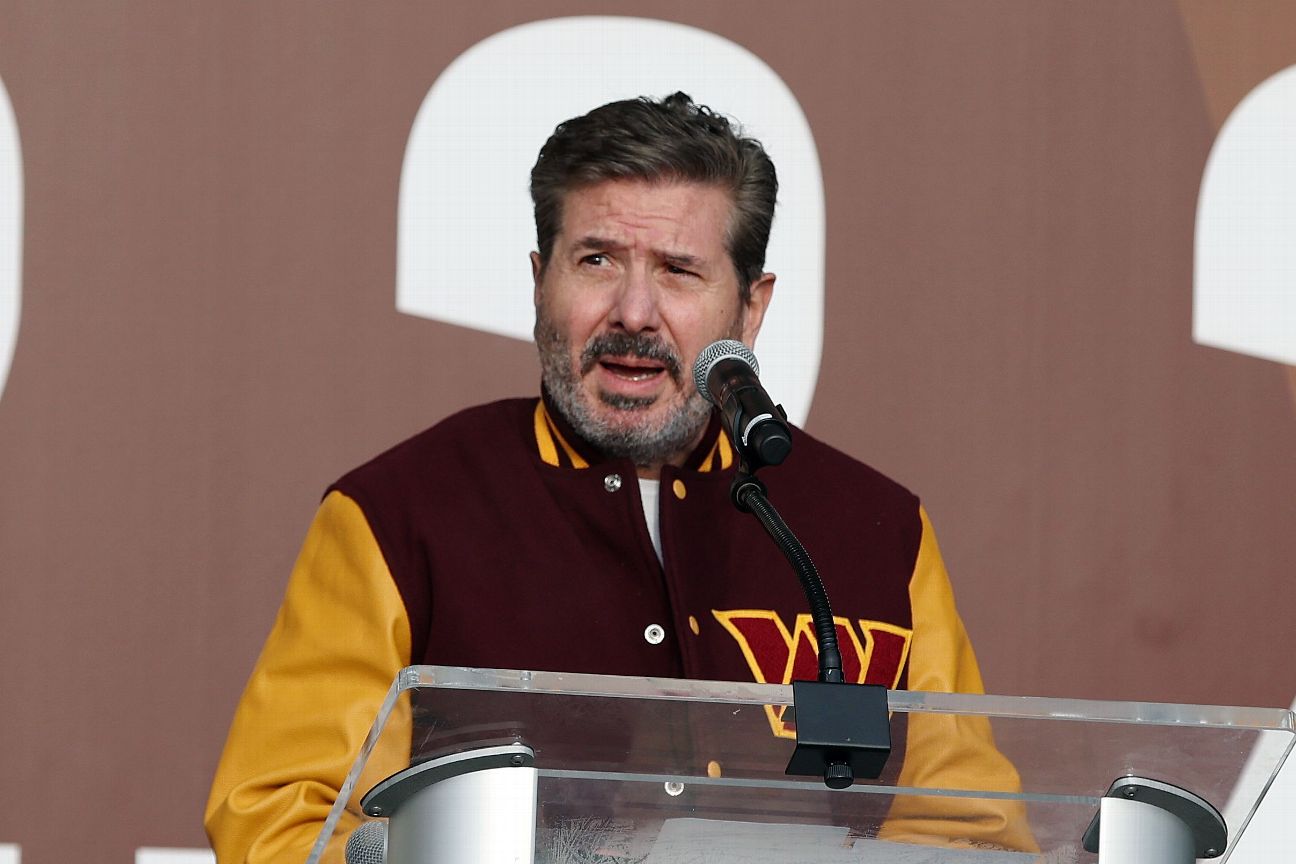 The House Committee on Oversight and Reform accepted the offer of Dan Snyder, owner of the Washington Commanders, to testify via videoconference on July 28 but said he could not do so voluntarily as his attorney had requested.

In a Tuesday letter from Chairwoman Carolyn Maloney (D-New York) to Snyder’s attorney Karen Patton Seymour, the committee said it would only accept his testimony on a subpoena. The committee reissued a subpoena for Snyder and gave his attorney Wednesday a deadline to accept.

The committee first issued a subpoena for testimony six days later on June 24, but the subpoena was not accepted.

Maloney wrote that the committee would like Snyder to testify under a subpoena to ensure that his “testimony is full and complete and not restricted in the way it would be if testimony were given voluntarily.”

Maloney also cited Snyder’s “month-long refusal” to cooperate with the committee as another factor wanting him to appear by subpoena.

Dave Rapallo, director of Georgetown University’s Federal Legislation Clinic and the Democratic staff director of the House Committee on Oversight and Reform from 2011 to 2021, said last week that there is an important difference between a voluntary testimony and a subpoena.

“If you’re under a subpoena, you have to answer the question asked,” Rapallo said. “If it’s voluntary and you’re not under subpoena, don’t do it.”

If Snyder volunteered to testify, Rapallo said he could claim he couldn’t respond due to non-disclosure agreements. Maloney said in the letter: “Mr. Snyder has a disturbing history of using non-disclosure agreements to cover up workplace misconduct — behavior central to our investigation — and it would be highly inappropriate for him to use the same tactic to withhold information from the committee.”

Many of the employees and former employees who participated in the NFL’s internal investigation into commanders’ workplace culture signed non-disclosure agreements.

The commanders did not immediately respond with an explanation of the letter.

Maloney said the committee has already agreed to allow Snyder to testify remotely and give him access to transcribed interviews of other witnesses, as well as provide him with a “description of the types of information the committee redacted in each of these earlier transcripts.”

In her letter to the committee last week, Seymour said Snyder plans to be in Israel “a good part of July” and “through August” to mark the one-year anniversary of his mother’s death. Seymour said she would travel to Israel for Snyder’s video testimony, which would be conducted privately, but the committee may choose to release all or part of the transcript.

Seymour stated in the letter that she had previous work assignments in Europe on the previously proposed dates of July 6 and 8. She was also in Europe for work on June 22 when NFL Commissioner Roger Goodell testified at a hearing on the investigation. Seymour said Snyder would agree to testify on July 28 or 29 — the last two days the House is in session before its August recess.

The Commanders are scheduled to begin training camp on July 27, with the team’s first preseason game against the Carolina Panthers on August 13.

Snyder has been a regular visitor to his team’s training camp for the last few years. In 2019 he only came to the camp in August due to holiday plans. In 2020 he did not participate due to the COVID-19 pandemic. He didn’t attend last year after his wife, Tanya, assumed responsibility for the team’s day-to-day operations after the NFL imposed a record-breaking $10 million fine after the league opened an internal investigation into sexual misconduct and work culture in Washington’s franchise had performed.

At NFL meetings in March, Goodell said Snyder won’t be representing the team on a daily basis for the “foreseeable future” and that they would discuss his return “eventually.” According to a league source, that discussion hasn’t taken place yet.

Snyder traveled to France in June to attend an awards ceremony the same week he was invited by the committee to testify with Goodell. During Goodell’s testimony on June 22, Maloney announced that she planned to subpoena Snyder for testimony.

Chargers confident Justin Herbert will be OK after rib injury