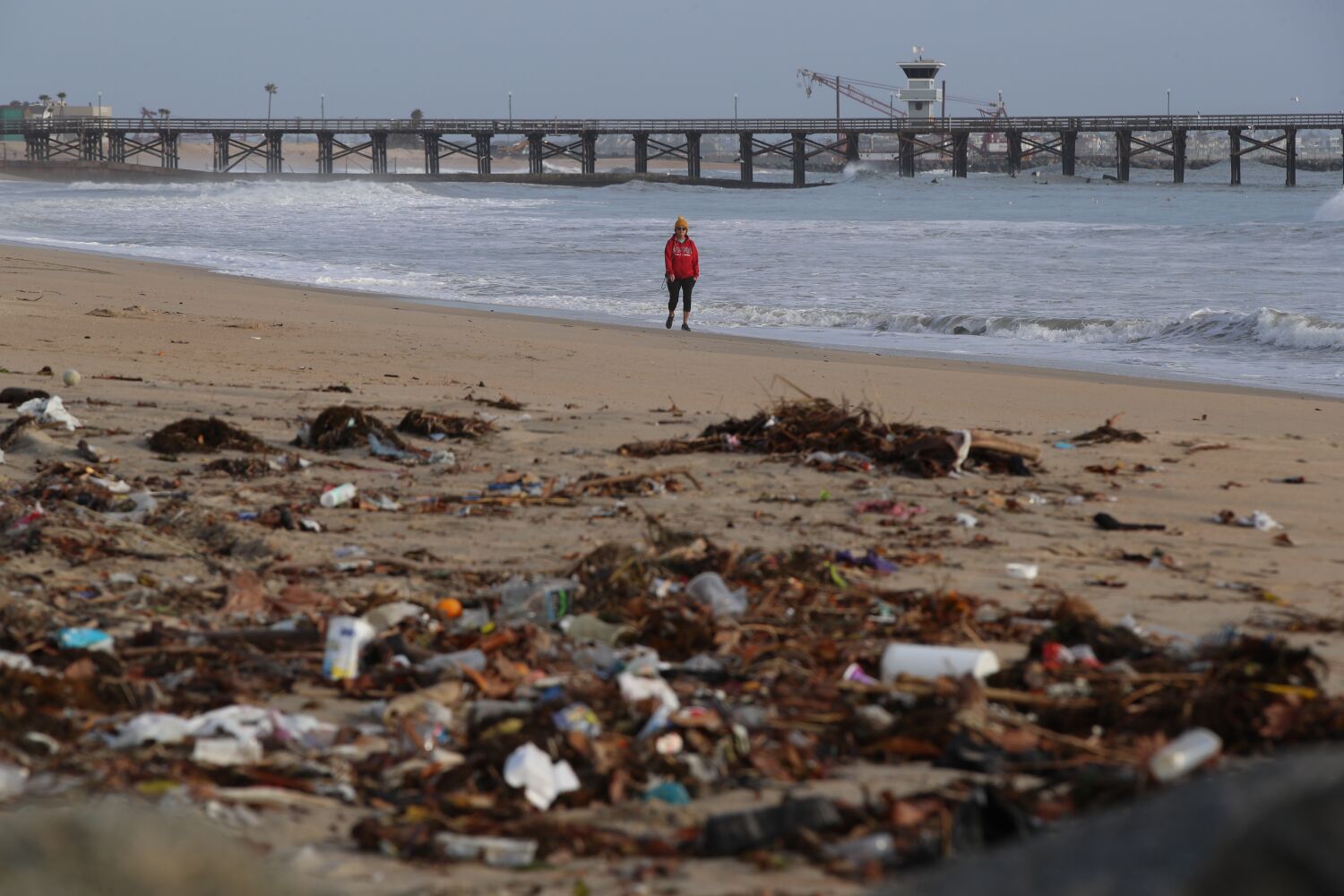 California’s winter storms are shaping up to be the strongest in decades, hitting communities with devastating floods and landslides, forcing evacuations and causing at least 19 deaths statewide.

The storms wreaked havoc, but they also helped with California’s extreme drought. The state’s snow water equivalent — the amount of water contained in snow — was 226% of normal on Wednesday, a high for the date not seen in at least 20 years.

Still, this season’s weather hasn’t piled in as badly as the rains that ended the state’s previous historic drought six years ago.

Here’s a look at some of the records and near-records in the parade of storms that have hit California, and how they fall short of years past:

A level of 23 feet is considered the start of the flood phase at this point of Bear Creek, on McKee Road near the Merced city limits. Firefighters rescued residents from floodwaters that surrounded several homes, local news outlets reported.

The entire town of Planada, east of Merced, was particularly hard hit. It was flooded after Miles Creek overflowed into a drainage canal, causing the flooding, said Jeremy Arrich, manager of the Department of Flood Management at the California Department of Water Resources.

Monterey County: The Salinas River was expected to rise above flood waters in the town of Spreckels on Thursday afternoon and peak on Friday evening, Arrich said on Wednesday. The highest flood level could be one of the highest on record.

Many areas along the Salinas River in Monterey County were under evacuation orders or warnings. Flooding could disrupt access between the Monterey Peninsula and points to the north, including Salinas, the county’s most populous city, Santa Cruz County and the San Francisco Bay Area.

“Residents in both the peninsula and the Salinas area should expect to be cut off for two to three days,” Monterey County officials said in a statement.

Sheriff Tina Nieto urged residents and businesses to “prepare for what could be what we call ‘Monterey Peninsula Island,'” she said at a news conference. “Monterey Peninsula could become an island again, as it did in the 1995 floods.”

That’s the second highest, surpassed only by the 8.9 meters recorded during the devastating January 1982 storm that triggered a landslide that killed 10 people and destroyed more than two dozen homes.

Flooding from the San Lorenzo River caused severe damage in the town of Felton on Monday.

The city of Capitola, east of Santa Cruz, was similarly hit by flooding and storm surges, and part of its historic pier was destroyed. Locals said they haven’t seen storm damage like this since 1982.

County Sacramento: The flooded Cosumnes River, which flows 53 miles from the Sierra Nevada into the Central Valley, recently recorded its second-highest river flow. On New Year’s Eve afternoon, a section about 25 miles southeast of downtown Sacramento flowed at 65,143 cubic feet per second.

Levees collapsed along the river and three motorists were found dead in or near their submerged cars after flood waters rose around Highway 99.

The highest flow on the Cosumnes River was a year before the 1997-98 El Niño winter. The winter of 1996-97 brought billions of dollars in deadly flooding and damage, and on January 2, 1997, the Cosumnes reached a peak flow of 93,000 cubic feet per second.

Some low-lying areas of the city with poor drainage suffered significant flood damage on New Year’s Eve, including the Mission District, which was built on former marshlands and creeks.

The only two wetter 15-day periods were in December 1866, when 13.54 inches fell, and during the great flood of 1862, when more than 19 inches of rain fell. In addition, drought monitor forecasters said Thursday the past 17 days in San Francisco had been the “wettest 17-day span since the Civil War” in 1862.

However, these storms are not drought-busters like those of 2016-17.

In October, California experienced its driest three-year period on record, and more rainfall will be needed to fully overcome the drought emergency.

But there’s no denying the humidity made a difference. The latest update of the US Drought Monitor has lifted almost the entire state out of the two worst drought categories. As of Thursday, 0% of the state was in exceptional drought, and only a tiny portion of far northern California, 0.32%, was affected by extreme drought.

However, officials warned that the battle is not won: almost half the state is still in severe or moderate drought, the monitor shows.

By comparison, the winter of 2016-17’s rainfall was so plentiful that officials had to divert water from the Sacramento River into the Yolo Bypass, which runs under Interstate 80 west of Sacramento and is one of California’s most daring and critical water infrastructures.

The Yolo Bypass — vacant land that is allowed to be flooded in a wet year — acts as a floodplain that can relieve pressure on the Sacramento River and protect the state capital from flooding.

A severely wet Sacramento winter typically involves manually opening the Sacramento Weir, a lowered section of levees that allows flood water to escape into the bypass. Of the six weirs in the Sacramento River flood control system, the Sacramento Barrier is the only one that requires manual opening.

Water authorities have not currently opened the Sacramento Weir that empties into the Yolo Bypass. It was last opened in 2017, before that in 2006.

But as of Wednesday, four of the six weirs had running water: Moulton, Colusa, Fremont and Tisdale. The Moulton and Colusa weirs divert excess water from the Sacramento River into the Butte Basin, which flows downstream into the Sutter Bypass, a smaller area upstream from the Yolo Bypass. The Tisdale Weir discharges river water directly into the Sutter Bypass.

That same winter — the last time winter storms catapulted California out of a drought emergency — the northern Sierra Nevada, a major source of rainfall that fills the state’s largest reservoirs, reported a record-breaking 94.7 inches of rainfall by the end of the water year, nearly double the annual average of 53.2 inches.

So far this winter, the northern Sierra has recorded 31.3 inches of rainfall. That’s higher than average for this time of year, but still not where California was at this point during its epic water year of 2016-17.

Currently, some of the country’s most important reservoirs still have below-average water levels for this time of year.

Lake Oroville — California’s second-largest reservoir and a cornerstone of the State Water Project that supplies water to Southern California, the San Joaquin Valley and the San Francisco Bay Area — has water storage that is 90% of the historical average for this time of year and is 49% of capacity .

California’s largest reservoir, Shasta Lake, which supplies water to the Central Valley and Bay Area, has reached 72% of its historical average and 44% of its capacity for this time of year.

Getting the state out of such a long drought with an increased water supply is unlikely to be possible in one winter. The country’s largest reservoir, Lake Mead, held up by the Hoover Dam, is mostly empty, a result of a 23-year mega drought. It would take years of above-average rainfall to put a dent in the level of this reservoir, a vital source of water for Southern California.

Reversing the long-term decline in groundwater in California would also take many years if the aquifers were allowed to recover. Across California, record numbers of domestic wells have dried up due to drought and overpumping of aquifers.