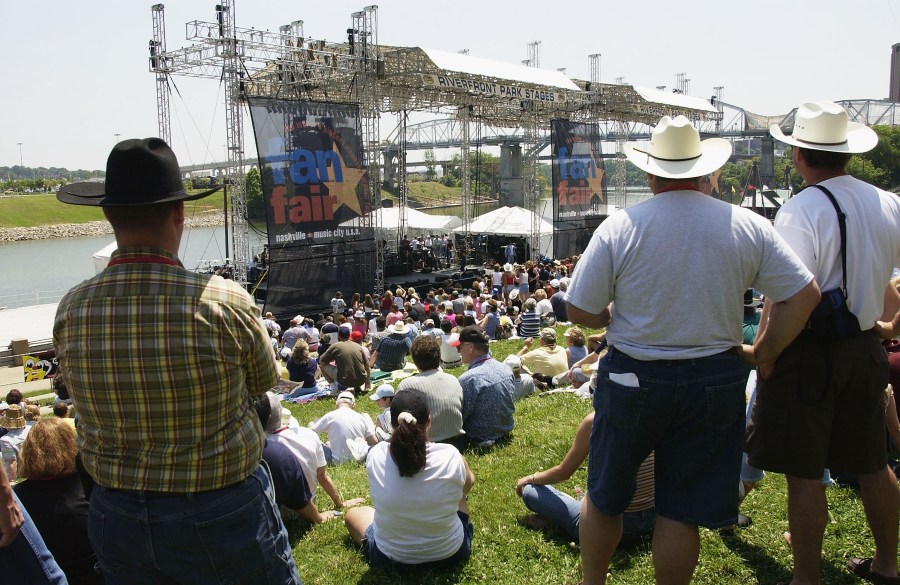 NASHVILLE, Tenn. (WKRN) — CMA Fest is back for the first time since 2019 after two years of COVID cancellations. Fans have been at the heart of the event for decades.

It all started 50 years ago when an event called Fan Fair brought five thousand people to the city auditorium.

Hotels near capacity with return of CMA Fest to Nashville


Ten years later, the Ultimate Country Music Experience moved to the Nashville Fairgrounds as big names took time out to sign autographs and mingle with the crowd.

“We’ve certainly been in different places in the 49 years that we’ve celebrated the unique bond between artists and fans. We were over at the city auditorium,” said Sarah Trahern, CEO of the Country Music Association. “When I first came to town it was at the fairgrounds so I got to experience the autograph booth around the stinky booths where the artists would come out and perform and that created lifelong relationships.”

Nearly 20 years later, the festival grew into a four-day event with acts performing at Nissan Stadium and other downtown Nashville venues.

In 2004, the Fan Fair became the CMA Music Festival, drawing tens of thousands of people from across the United States

Over the years, the focus on the fans has remained intact.

“I try to be myself and meet as many fans as possible,” said Florida Georgia Line’s Brian Kelly.

He continued, “I know they try to meet as many artists as possible. You know, I know it was called Fan Fair back then. I still call it Fan Fair in my mind just because I’m trying to get as many fans as possible.”

The CMA Fest returns with train rides for attendees

“There are a number of artists – Kelsea Ballerini is one of them – who have come as fans. She showed me one of the pictures she has with Keith Urban here at Riverfront Park where she is the fan and he is the artist and later they got to play on stage together. How amazing is that?” said Trahern.

All of these fans bring in millions of dollars to Music City. A financial boost that is so important for the companies and the city in view of the future of tourism.

The CMA Fest is back! News 2 shows you what changes to expect and why this year could be bigger than ever. Follow our Coverage continues right here on WKRN.com.

https://www.wkrn.com/news/local-news/nashville/cma-fest/how-cma-fest-has-evolved-over-50-years/ How CMA Fest has evolved over 50 years