Buffalo Jim was a well-known and colorful character on Las Vega – a wrestler, promoter, auto repair shop owner and cable TV personality who was found dead in a hotel room in 2008. With a lethal amount of cocaine in his system, local police believed his death to be an overdose, but his family is convinced he was the victim of foul play. How did Buffalo Jim really die? It’s the subject of a Netflix episode called Death in a Vegas Motel Room. Unsolved mysteries volume 3.

When Buffalo Jim, real name Jim Barrier, was found dead in room 105 of a Motel 6, an autopsy revealed that he tested positive for cocaine and his cause of death was officially listed as a combination of heart disease and drug poisoning. But his daughters, who are being interviewed as part of the documentary series, are adamant he was not a drug user. So how did Buffalo Jim die and what happened to him? Here’s everything we know.

How did Buffalo Jim die? 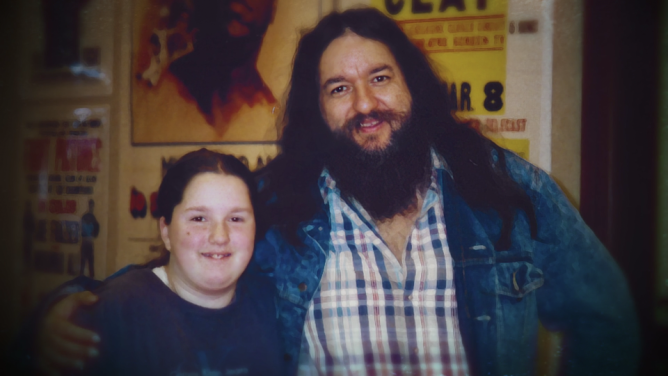 How did Buffalo Jim die? The why is debatable if you ask your daughters. On April 5, 2008, Jim Barrier was found dead in his room at a Motel 6 on Boulder Highway in Las Vegas the day after he checked in. His body was discovered by housekeeping, who entered his room at around 1:10 p.m. when he was unresponsive. Police and paramedics were called and when he could not be resuscitated he was pronounced dead at 2.30pm. According to the Clark County Coroner’s Report, Jim was lying on his bed, naked from the waist down. There was white powder around his nose and on the front of his clothing, but no illegal drugs were found at the scene and there were no obvious signs of struggle or trauma.

When the coroner informed one of Barrier’s daughters of her father’s death, he noted that the night before he died he told her he was going out, but she didn’t know with whom and he didn’t say it. When he left, he was “in a good mood,” according to the report. Given Jim’s medical history of diabetes and a serious heart condition, use of cocaine had caused his heart to stop and his death was treated as an accident rather than a crime scene. But his daughter, Jennifer Barrier, is unconvinced and feels certain her father was murdered.

There are a few reasons for this, one of which is that Jennifer says her father hasn’t done any illegal drugs in years. “I asked [the detective] to two days after my dad was found dead if he could please take a hair sample because i wanted to prove my dad wasn’t a drug user and that would show that. And he’s like, ‘Yeah, that’s a good idea,'” Jennifer explained on the show. After her father’s funeral, she called the detective again and revealed: “He never took the hair sample. I wanted this hair sample to prove my dad wasn’t a drug user because my dad said that’s how they got him.”

Although Buffalo Jim was a popular character in Las Vegas, he had a few enemies. Crazy Horse strip club owner Rick Rizzolo was released from prison two days before Jim’s death. The pair had had numerous arguments over parking and how Jim’s auto repair shop interfered with Rizzolo’s plan to expand the Crazy Horse. In 2006, Jim worked with the FBI investigating Rizzolo’s alleged connection to organized crime and tax evasion, to which Rizzolo spent a year and a day in prison after pleading guilty. Friends and family suspect that Rizzolo may have been involved in Buffalo Jim’s murder as an act of revenge. Some speculate that someone “forced cocaine” on Barrier, while another suggests his murder was a “prison gift” for Rizzolo.

Another theory to support the claim that Jim was murdered was that he had received several threatening letters and phone calls in the weeks leading up to his death. One such letter, obtained by Las Vegas Weekly and published in 2008, read:

MEETINGS HAVE BEEN HELD AT VARIOUS LOCATIONS THROUGHOUT TOWN BY RICK RIZZOLO… RICK WAS ONE OF THE PERSONS DRIVING ON HER PROPERTY LAST WEEK. BE CAREFUL, HE’S UP TO NO GOOD PLANS. HE USES PEOPLE TO GET CLOSE TO THEM. HE EXPECTED TO USE A WOMAN TO GAIN ACCESS TO HER BUSINESS.

As heard in the episode of Unsolved Mysteries, an unidentified woman known only as Lisa, who moved out at the Crazy Horse, told police she was in the room with Barrier the night he died. She said he suffered a seizure and panicked, but she left without calling 911. Hotel room keycard data shows a guest card was used a few minutes before the lobby video camera showing Barrier at check-in, suggesting someone was already in the room waiting for them, but it won’t mentions that this person was captured by the same lobby camera, which is odd. Police also found several cell phones in Jim’s Motel 6 hotel room, which his daughters said did not belong to him. “I think my dad was lured out by that woman, Lisa,” Jennifer continued Unsolved Mysteries and accused police of ignoring important but circumstantial evidence. “It hasn’t been properly studied for us to say.”

Was Buffalo Jim Killed in a Mob Hit?

Another indication that Barrier may have been murdered is the contents of his back pocket. A folded one-dollar bill was found in Barrier’s jeans, which could be interpreted as a calling card for a mob hit, Barrier’s daughters explain. However, when StyleCaster investigated this online, we couldn’t find anything to support this theory.

What happened to Buffalo Jim’s car?

The keys to Jim’s Rolls-Royce were with him when his body was discovered, but strangely, the luxury vehicle was nowhere to be seen in the Motel 6 parking lot. The Barrier family pressed police for the location of his car, and it was miraculously found in a parking lot in an area already searched. Upon inspection, signs suggest the car had been cleaned, further adding to the mystery of Buffalo Jim’s death.

https://stylecaster.com/how-buffalo-jim-die/ How did Buffalo Jim Die? James Barrier Cause of Death, Theories

Jerome Powell's Not for Turning---Yet

How to Set Up Your Windows PC as a Student