With content like the Friends reunion and House of Dragon, it’s no wonder why more people want to know how much HBO Max is and whether the service has a free trial.

HBO Max launched in May 2020 as a streaming service for HBO shows and other WarnerMedia programs, such as Friends, Sex and the City and Game of Thrones. As of December 2020, HBO Max has had more than 37.7 million paying subscribers, and with the service releasing original programs, such as The Flight Attendant and Selena + Chef, and that number is only expected to grow. Along with TV shows, HBO Max has also premiered several blockbuster movies on the site including Mortal Kombat, Tom and Jerry and Godzilla vs. Kong.

With hundreds of hours of content on its site and new movies and TV shows premiering almost every week, it’s understandable why more and more fans are subscribing to HBO Max over other streaming service. But how much is HBO Max and does it have a free trial? Read on for what we know about how much HBO Max costs and how to get it for even cheaper.

What are HBO Max’s current deals?

How much is HBO Max?

If you’re an HBO Max subscriber because of new movie releases, you may also want to consider the no-ads plan. The ad-supported version won’t offer new movies that premiere on the same day in theaters and on HBO Max, which means theatrical releases won’t be available immediately to stream on the cheaper ad-supported plan. That doesn’t mean it won’t be available to stream ever though. Those blockbuster movies will be on the ad-supported version eventually, just not as soon as the more expensive no-ads plan. 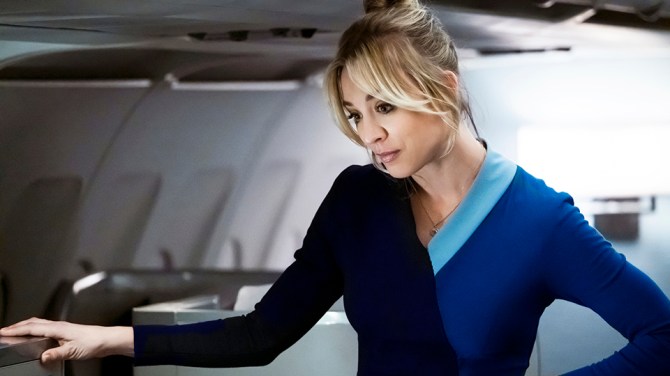 Does HBO Max have a free trial?

No, unfortunately, HBO Max doesn’t have a free trial. But there are still ways to watch HBO Max for free. Read on for the little-known ways to stream your favorite HBO Max shows and movies at no cost.

While HBO Max doesn’t have a free trial, customers can still try out the service for free via Hulu’s HBO Max free trial. The service allows users to try both Hulu and HBO Max for free for seven days, which is enough time to test out the site before subscribing. Just be sure to set a reminder to cancel your subscription before you’re charged. After the trial ends, the service will cost $14.99 to add HBO Max to one’s Hulu account.

HBO Max offers more than 2,000 movies and 580 TV shows. Its library includes both original HBO movies and TV series like Euphoria, Mare of Easttown, The Undoing and The White Lotus, as well as Warner Bros. Pictures films and content from third-party distributors. HBO Max also includes more than 50 original TV shows and movies including The Flight Attendant, Station Eleven, Peacemaker and the Gossip Girl reboot. HBO Max has also streamed new movie releases like Dune, The Matrix Resurrections and King Richard the same time the films were released in theaters.

Read on for a list of HBO Max’s original programs.

Is HBO Max worth it?

Is HBO Max worth it? In an interview with CNBC in 2021, Warner Media CEO Jason Kilar opened up about the decision for HBO Max to offer a cheaper, ad-supported plan unlike services like Netflix, which don’t have ads. “Being able to deliver the HBO Max quality experience, which is at the very very top shelf in terms of quality, to be able to offer that for a lower price and let consumers decide which version they would like,” he said. “I think it’s going to play a role for sure in the U.S. market.” He also told CNBC that the ad-supported plan is actually more profitable than the traditional plan. “It won’t be on day one, give us probably four quarters maybe eight quarters to kind of get to our scale when it comes to ad sales and ad placements and whatnot. But when you look at what the opportunity is — and I say this based on marketers and how much your dollars are putting on the table — to be able to be part of this very light advertising environment where the efficacy is quite high,” he said.

Kilar also told CNBC about HBO Max’s decision to stream blockbuster movies like Dune and King Richard the same day as their theatrical releases. “We feel really good about that decision we feel very good about that strategy. I do wish I could go back in time and that we were able to have, instead of day one or two days of conversations before we announced that news, I wish we would have had a week or two,” he said. “I think we could have done a better job in terms of those communications and those conversations with the storytelling partners and directors and producers and their representatives.” He continued, “One of which is going to be the big and epic in scope movies that you’ve come to expect from us, which has an exclusive theatrical run. I think the run will be shorter than has been the case in the past. The world of DC and Harry Potter and things like that; big, epic scope movies I think deserve and will have an exclusive theatrical run. But there will be other movies, a large number of movies that will go to HBO Max the same day that those same movies were made available to exhibitors and cinemas around the world.”

Former Warner Media chairman Robert Greenblatt also told The Hollywood Reporter in 2019 about the difference between HBO and HBO Max. “They’re separate, but that’s the old way of thinking about it. They’re ultimately going to live together, bundled next to each another in the same app. So, yes, they’re separate departments but they’ll coalesce into one unified experience,” he said. He continued, “In five or 10 years, do we do more consolidation? I’m not sure. At the moment, HBO is the signature of the platform, and nothing is more important than keeping it intact. It has a slightly older, 40-plus audience, and we know what kinds of programming they do. But there’s a lot they don’t do.”

He also told the magazine at the time that he tends for HBO Max to skew younger than HBO’s audiences. “Max is the rest of it. Kids all the way up to the young adults. And different genres, like YA or unscripted, which HBO largely doesn’t do. We’re trying really hard to assign the same quality level and curated feeling that HBO has,” he said. “It’ll never be 50,000 hours of programming. We’re starting with 10,000. When you look at 50,000 or even more when you go to Amazon, I just don’t know who that programming is reaching. We know statistically that 50 percent of usage in these platforms is through the 100 top titles. So, where are the other 50,000 titles? Who are they reaching?”

Greenblatt also told the magazine about HBO Max’s plan at the time to release both original content and stream blockbuster movies produced by Warner Bros. “Honestly, we’re trying to figure out how important original movies are for the service and how many we should have.,” he said. “We know blockbusters are important, which we have thankfully through HBO. But even HBO has significantly reduced its number of original films. On the other hand, because we have Warner Bros. and New Line, and they want to make middle-range movies that don’t work at the box office anymore, there’s now a lot of dialogue about what they could make for us. We’re just figuring out how many we need, should we consider a theatrical release, how do we window. We’ve bought five or six so far for this first year. Greg Berlanti is making a couple for us. Reese Witherspoon is doing a couple. There are a couple musicals that I might be working on that could be really cool. You knew I’d find a way to work those in.”

Greenblatt also shouted out Netflix for introducing A-list talent to the world of streaming, which made it easier for them to work with HBO Max. “The good news is talent feels very comfortable on streaming platforms now. I mean, this is one where I’ll give Netflix the nod. I think [Warner Bros.] took a look at that movie and thought, ‘What are our chances of making it a success in this new world where it’s really hard to get audiences to go to midlevel movies?’” he said. “So they came to us and said, ‘Hey, could this be something that works for you?’ And we went, ‘Yeah, we’d be thrilled to have Melissa McCarthy on our platform.’ In the future, it won’t be a last-minute switch-up; it’ll be more strategic. But one of the fun parts of this job, and I didn’t have this at all at NBCUniversal, is that I’m constantly meeting with [other division heads, including] Toby [Emmerich, of Warner Bros. Pictures Group] and Carolyn [Blackwood, of New Line].”

Sign up for HBO Max’s free trial with Hulu at Hulu.com.

https://stylecaster.com/how-much-is-hbo-max/ How Much Is HBO Max? 2022 HBO Max Cost Per Month Subscriptions