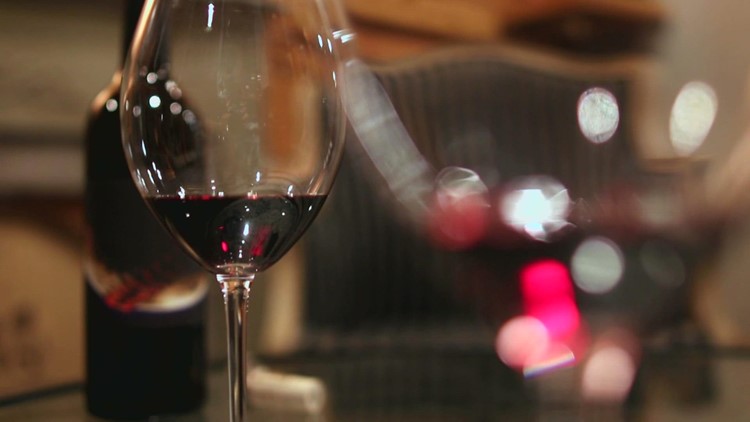 The owner of Rasa Vineyards said he hopes more minorities will get into the industry as each winemaker brings their own flavor to the wine.

WALLA WALLA, Washington – From Woodinville to Walla Walla, Washington state is home to more than 4,000 wineries.

But what does it take to grow grapes and make wine the best?

For this question, Billo Naravane took a great risk and took him on a journey that began in India and finally led him to Walla Walla.

Naravane and his brother Pinto were born in India. Their parents moved to New Jersey when the boys were six and eight years old.

“My father came to the States first, and then our mother,” said Naravane.

His parents, whom he describes as traditional Indian parents, came to this country with the dream that their sons would pursue technical paths such as medicine or science in order to get a secure and stable job.

That was also Naravane’s dream at the time. He first graduated from MIT before going to Stanford for graduate school.

Naravane got a job in Silicon Valley, which happens to be 90 miles from California’s wine country

“Our interest continued to build, first as consumers, then as collectors, and finally as total wine geeks,” Naravane said.

Years passed with both brothers working in computer science, but eventually they began to question their happiness.

“Even though we were good at it, the jobs never gave us fulfillment,” Naravane said. “It’s not where hearts were. Our hearts were in wine.”

That meant telling his mom and dad he was quitting the stable job they’d always dreamed of to make wine.

“We put you through MIT and Stanford and now you’re going to dump all that to make alcohol,” Naravane recalls when asked by his parents before moving to Walla Walla in 2007 to start Rasa Vineyards.

Naravane said his uncle named the vineyard Rasa, which in Sanskrit means essence or colloquially juice, after the terroir-specific wines of the Rocks District.

According to US Census data, the city was more than 92% white at the time.

“I had long black hair down to my waist,” said Naravane.

Though they look different in a mostly white neighborhood, the two brothers now work in an industry that’s also mostly white.

The Washington State Wine Commission has no data on minorities in the industry.

That changed in 2020 after the killing of George Floyd, which was followed by Black Lives Matter movements across the country.

The commission created the Diversity Equity Inclusion task force, led by board member Shylah Alfonso, who said her goal is to make wine more inclusive.

“It’s not just about who owns (the wineries),” Alfonso said. “Who works in the tasting room and farms? Do the people work in the farms? Are they moving up? And what are the ways to get there?

Naravane said he hopes more minorities will get into the industry as each winemaker brings their own flavor to the wine.

This is also because the consumer is evolving.

This was the first year that Rasa wines were sold. The wines scored well over 90 points, which corresponds to the grade “A”, said Naravane.

It’s a score that Naravane says can claim perhaps 5% of wines. But he also adds, “Most of our wines are 95+ points,” making Rasa one of Washington’s top wines.

So how does one manage to be among the best wines in the state?

Naravane said a focus on style is key and sensory training is key.

But it’s also the technical knowledge and scientist in him rooted in this cultural push that has helped Rasa stand out.

As Washington Wine Month comes to a close, with your next glass, remember that there’s a story behind every bottle.

https://www.king5.com/article/life/how-an-indian-winemaker-leading-charge-for-more-diversity/281-980b848a-3e5e-4faf-9f74-b7df5296647d How Rasa Vineyards is leading the charge for diversity in wine

The Times podcast: How ham radio can save Taiwan — and the world

Mikhail Gorbachev, Reformer of Soviet Union and Its Last Leader, Dies at 91