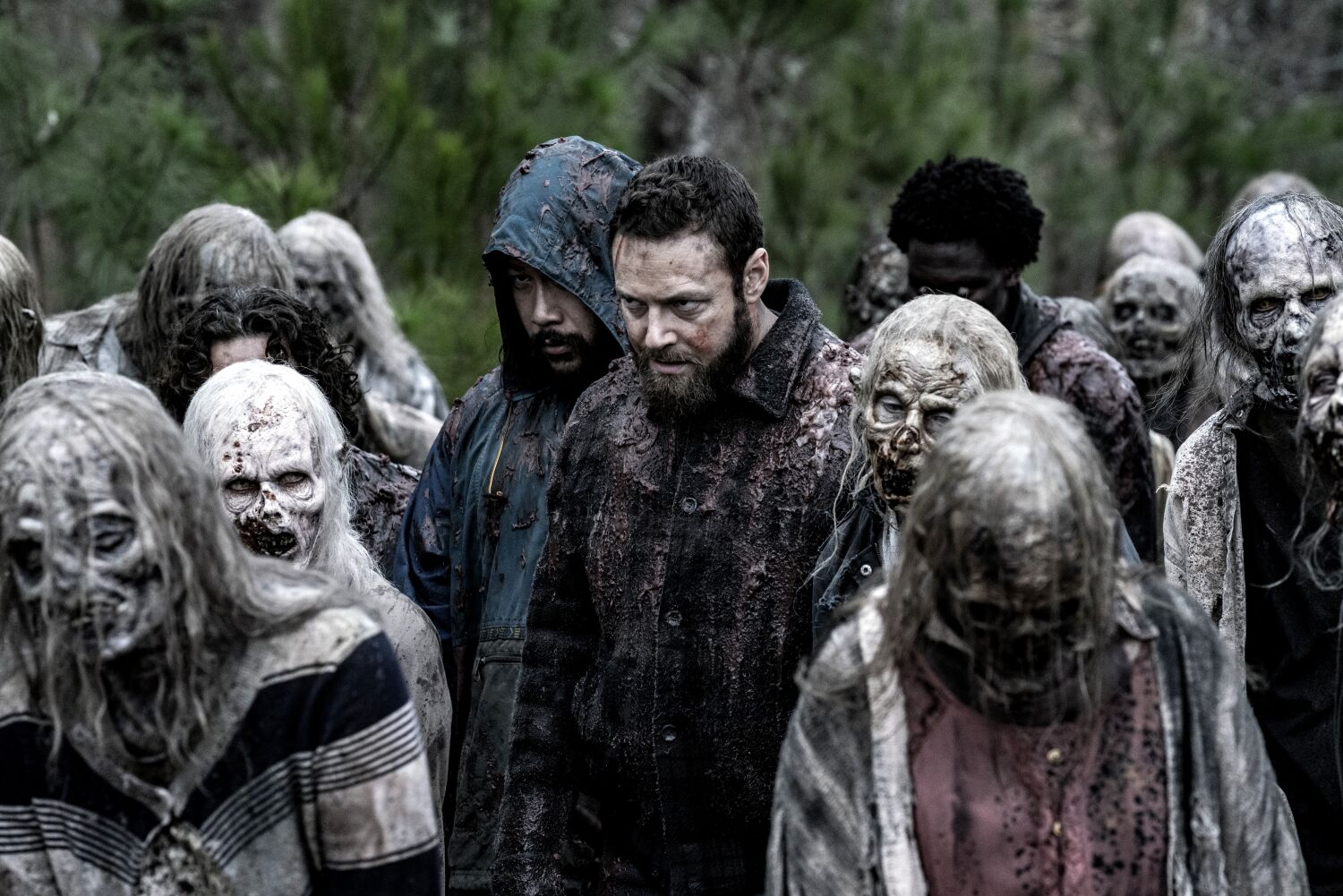 The Walking Dead ends on Sunday. Although, like many viewers, I stopped watching a few seasons ago (OK, pretty much when Glenn died), attention needs to be paid.

If not the actual finale – honestly, with so many spin-offs in the works, can it really be considered a finale? – then to what it means.

The Walking Dead is the last founding member of the 21st century television revolution. It leaves behind a popular culture and industry so different from the one it entered that it’s almost unrecognizable.

AMC debuted its adaptation of Robert Kirkman’s graphic novel vision of a zombie apocalypse at Comic-Con in 2010, back when geek-fest was still pretty gruff and new to the TV commercial game. The channel known as American Movie Classics was also new to the game, having released original scripted content just three years earlier, but it had decisively done so. A multi-award-winning series, Mad Men quickly left such a deep — and deeply fanatical — cultural footprint that its tiny viewership (season one averaged 1.6 viewers, top-rated episode 3.5) seemed almost irrelevant.

(That was very good for AMC’s second show, Breaking Bad, which, for all its good reviews, didn’t find a real audience until it aired on Netflix ahead of its fourth season.)

“The Walking Dead” didn’t match the Prestige model from its (often rotting and rotting) face. While HBO had successfully dipped into the genre’s swampy waters with Alan Ball’s “True Blood,” that was vampires, and vampires, as Stephenie Meyer’s “Twilight” novels proved, have always been at least a little bit sexy.

Zombies, not so much. Which seemed like a problem to many people in the months leading up to its debut. A zombie series didn’t seem like an appropriate sequel to Mad Men and Breaking Bad. Zombies are disgusting. A two hour movie? Fine. A whole series? Who would see that?

Far more people than ever have seen “Mad Men” — and engaged with it just as fanatically.

As a critic at the time, I had watched with interest and anticipation the convergence of television and the fandom—all of these blogs, including our own. The tremendous popularity of films like Iron Man and Twilight proved the power of deeply connected audiences. Television thrived on the unexpected, and a zombie epic was certainly unexpected.

And pretty damn good, right out of the box. Yes, there were zombies and wild encounters with survivors, but it quickly became apparent that the series was more world-building character studies than monster porridge.

The box it came from was impressive too. On AMC, “Mad Men” held up strong and “Breaking Bad” gained momentum. HBO, which already had “Big Love” and “In Treatment,” debuted “Boardwalk Empire” (with a pilot directed by Martin Scorsese!) and “Treme.” Showtime, mid “Dexter” and “Nurse Jackie,” brought Laura Linney back to the small screen with “The Big C”; FX debuted Justified and the short-lived but much-loved Terrier in the final season of Nip/Tuck. Pretty Little Liars arrived on ABC Family and was the first show to truly harness the power of Twitter.

Adventure Time, Parenthood, Louie and The Great British Bake Off – a series of groundbreaking television shows that debuted in 2010 along with a number of other great, not-so-great, and really bad shows.

It was a dizzying time for anyone writing about television because everyone was talking about television. The whole time. I remember our late great food critic Jonathan Gold sighing in my general direction, “It used to be restaurants, now it’s TV.”

Not entirely true, but remarkable nonetheless.

In all of this rode Andrew Lincoln’s Rick Grimes and the iconic image of a lone man on horseback, making his way down the middle of a highway strewn with abandoned cars towards a silent city teeming with the dead – while millions cheered.

And gasped, howled, laughed and cried. Zombies were gross, but like vampires, so were we – as were the diverse survivors.

Most importantly, “TWD” proved that in this brave new world where virtually every television platform, including the History Channel, was or would soon be airing scripted content, prestige didn’t have to mean boutique. With a respectable cable average of 5.6 million, The Walking Dead debuted at its peak and attracted more than 17 million viewers, an enormous number for the time, even by broadcast standards.

In comparison, “Downton Abbey,” which debuted just a few months after “TWD,” hit just over 13 million. “Downton” became one of the few prestigious shows to have both high ratings and multiple Emmy nominations; For reasons only known to them, the television academy ignored The Walking Dead for its entire eleven seasons.

Even without the awards press that has proven essential for so many shows and emerging platforms, The Walking Dead has quickly become one of the most talked about shows on television. So much so, in 2011, AMC launched Talking Dead, a live aftershow series in which host Chris Hardwick interviewed fans, actors and creators about the episode being aired.

Why turn your eyes to critics, bloggers and other platforms when you can take the conversation directly to AMC?

The plan’s popularity — and only slightly cynical genius — provided a template for virtually every major show to develop second-platform products, be it after-shows, streaming bonus features, or in-house podcasts.

But the world of television has changed since 2010. Netflix, Amazon, Hulu, and other streaming services have made it increasingly difficult to keep track of new shows, let alone focus cultural dialogue or even a dedicated fandom on a few shows.

The ability to see what you want to see, when you want to see it, means you’re often seeing it alone, making it a lot harder to talk about TV than, say, restaurants. Fandoms still exist, but they’re more diffuse.

After 11 seasons, it’s not surprising that viewership for The Walking Dead has plummeted – this season’s average of 2.2 million would have been a critic’s darling for Mad Men or even Better Call Saul attracted a lot of viewers, may have been all right 1.8 million for its series finale (2.7 if delayed viewing is taken into account). But for “TWD” it sadly means it ends with a whimper rather than a bang.

Although, as mentioned, it’s hardly an end. With Fear the Walking Dead season 8, Tales of the Walking Dead debuting in August, and at least three other spin-offs in the works, the show that many feared will carry AMC’s revolutionary legacy has come to an end would stain, it defines .

Franchise fever has hit the small screen. We also have “Walking Dead” to thank for that.

https://www.latimes.com/entertainment-arts/story/2022-11-20/the-walking-dead-took-the-television-revolution-to-a-whole-new-omigod-what-is-that-level How ‘The Walking Dead’ changed the course of the TV revolution