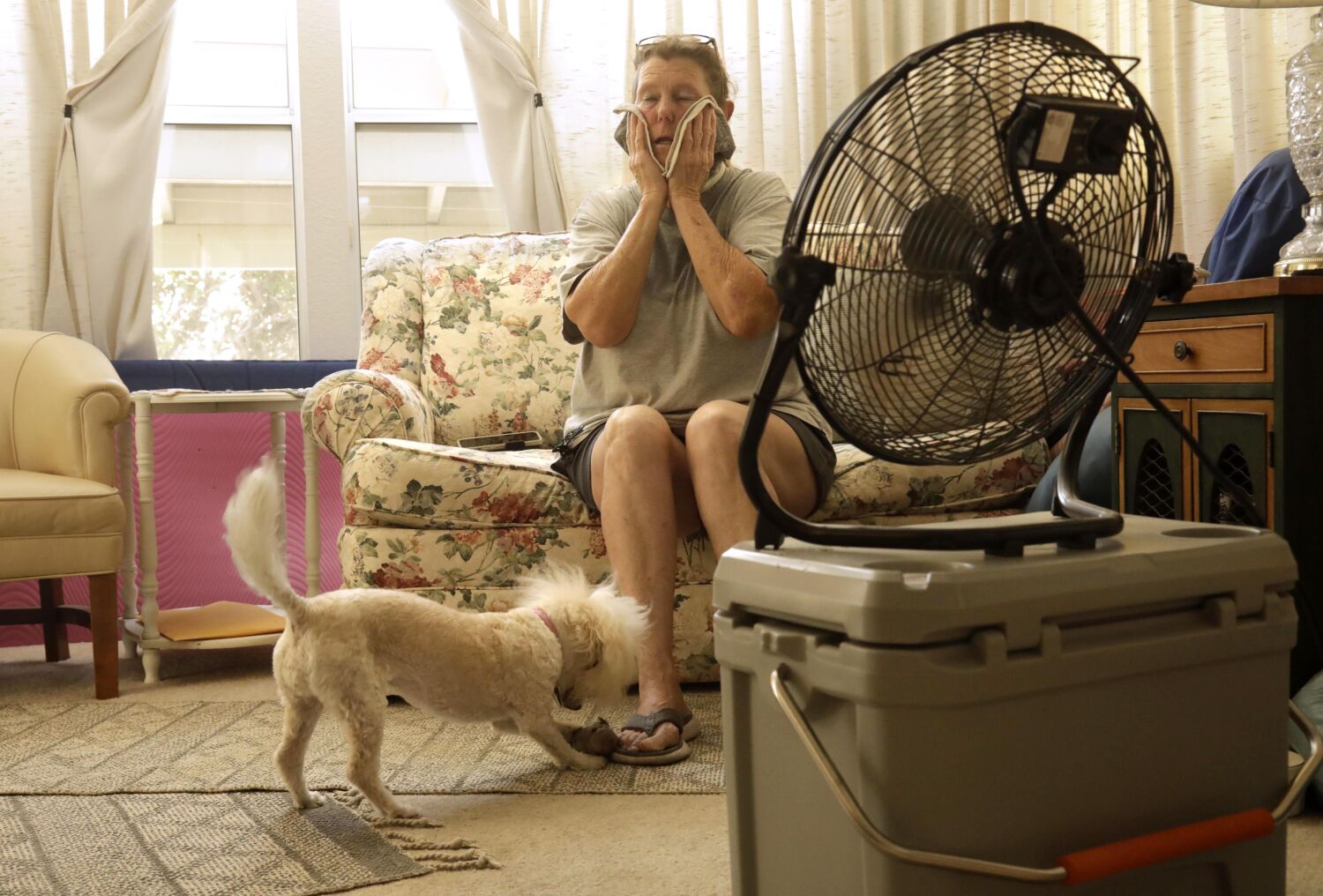 After the worst heatwave in recent memory, the Los Angeles Department of Water and Energy is making it much cheaper for lower-income Angelenos to cool off.

Also, it offers all DWP customers a new “Bill Pay” option to eliminate the big jump in costs that usually occurs during the hottest months of the year. The option, available starting Monday, doesn’t reduce your overall annual costs, it just spreads them evenly throughout the year.

“Countless Angelenos often put their own health and safety at risk by turning off their air conditioners during dangerous heat waves, fearing they won’t be able to pay their electricity bills if they run them. Some of the most vulnerable members of our city cannot even afford to own their own air conditioners,” Cynthia McClain-Hill, chief executive officer of DWP, said in a statement.

DWP is taking action “to help the most at-risk and vulnerable Angelenos by offering them the opportunity to stay cool and eliminate financial stress by allowing all customers to spread their summer electricity bills over 12 months.”

One key difference with the new initiative, McClain-Hill said in an interview, is that air-conditioning discounts would help renters, not just homeowners.

Los Angeles Mayor Eric Garcetti added, “As we wait for the big changes that are coming around the world to halt climate change, we need to do things today that people can feel.” This is especially true for low-income Angelenos, grappling with increasingly hot heat waves, he said, noting that extreme heat kills more Americans than hurricanes, floods and wildfires.

Granted, more accessible air conditioning could increase demand for electricity, but Garcetti said the rebates are consistent with the city’s efforts to increase green energy production. “It’s a realization that not everything we do is always about using less energy. We will do some things to survive,” he said.

Who is eligible for the DWP discounts?

The DWP is offering a $75 summer discount to all customers who purchase a more efficient portable, wall-mounted, or window air conditioner. For the rest of the year, the discount typically drops to $50.

As part of the Cool LA program, the rebate increases to $225 for DWP customers who participate in one of four programs that reduce their utility bills: EZ-SAVE (formerly known as the Low-Income Discount Program), Lifeline (the low earners exempt). Seniors and disabled Angelenos from taxes on their utility bills), Life Support Equipment Discount (for those with ventilators, motorized wheelchairs, and other essential life support equipment at home), and Physician Certified Allowance Discount (for households with members who are paraplegic, paraplegic, or able-bodied are certain disabling diseases).

To enroll in any of these programs, visit the DWP Utilities website.

Eligible customers can receive up to two air conditioner rebates, according to the DWP. The units must be installed in a home, townhouse, condo, or apartment that will be served by the DWP.

How do the new climate discounts work?

You must purchase an air conditioner that meets the efficiency requirements of the DWP. So the starting point is the agency’s Cool LA Marketplace.

Some units can be purchased directly from the Marketplace, with the discount applied at the time of purchase – in other words, as a direct discount. These units are supplied by a local retailer.

For eligible units purchased elsewhere, you must fill out a form on the Cool LA Marketplace to see if you are eligible for a discount. If you do so, you will receive a virtual gift certificate of your choice, such as a prepaid credit card or a gift certificate for a specific retailer.

The DWP says it is working on allowing more purchases to be made for upfront discounts.

Depending on the size of the rooms you want to cool, the discount could bring your net cost down to less than $20 for a window unit and less than $70 for a portable model. The more space you have for cooling, the more powerful the device you need and the higher the price.

What is Level Bill Pay?

This program looks at your past electricity consumption and then calculates a set amount each month based on your historical average. If you have built up a significant debt to the DWP over time, you can choose the 24 or 36 month plans to pay off your arrears over a longer period of time.

Level Pay is open to every DWP customer with a private account. However, it was designed to allay the concerns of customers who wouldn’t turn on their air conditioning even during heat waves for fear of a spike in their bill.

According to DWP, “Existing payment arrangements remain available for customers who need additional time to pay their late LADWP invoices, regardless of whether they sign up for Level Pay.”

Starting Monday, you can sign up by calling (800) DIAL-DWP.

How do people find out about the new programs?

McClain-Hill said the DWP will include notices of the rebates and the option to pay in increments on their invoices and will promote them through advertisements and through community groups.

What other discounts are on the horizon?

As part of the Inflation Reduction Act, the federal government recently approved billions of dollars in rebates to help people make their homes more energy efficient and lower their utility bills. Federal, state, and local officials are still working out how these discounts will be implemented.

https://www.latimes.com/environment/story/2022-09-16/dwp-rebates-for-air-conditioners-how-to-apply How to get DWP rebates for air conditioners