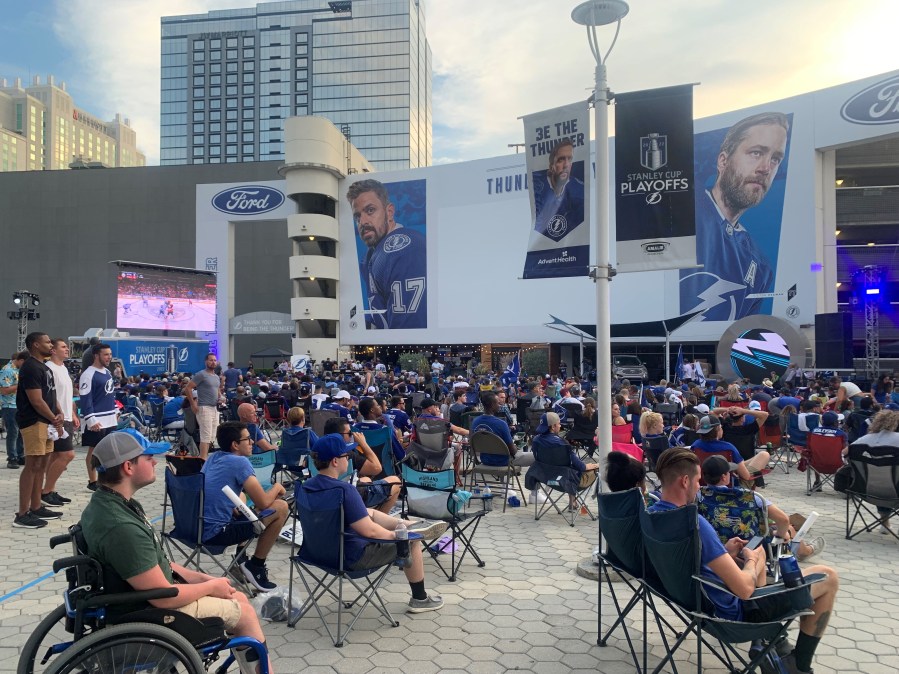 The Tampa Bay Lightning took on the Florida Panthers in game 2 of the second round of the Stanley Cup Qualifiers in Sunrise, Florida.

There are all kinds of fans, from young to old.

“I am here to support my team,” said Marlin Edwards.

Marlin Edwards has lived in Tampa all his life, and he has cheered for Lightning for as long as he can remember.

He went to see the parties in the last two playoffs. On Thursday, he was finally on hand for his first game of the season.

“Being surrounded by music gives you a boost in the game,” says Edwards.

There’s no question where his loyalty lies, but he did take some friends out on Thursday who he hopes will become new Lightning fans.

“Some of them don’t like hockey but I’m trying to introduce them to the sport,” Edwards said.

Edwards is now looking forward to game 3 on Sunday, where the Lightning can lead 3-0.

“The first time we won, I was here, the second time I can get used to this, back to Champa Bay, I have no doubt we can go three in a row,” Edwards said.