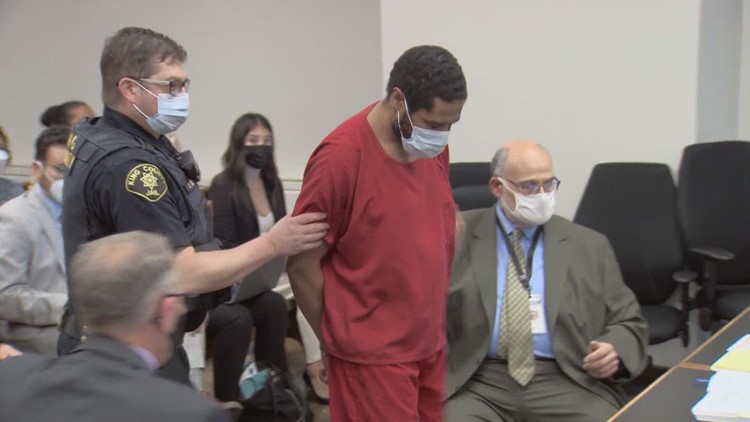 Police say Ali Muhammad Brown went on a killing spree in Washington and New Jersey as part of his “jihad against the Americans.”

SEATTLE — A man accused of four murders in 2014 was sentenced to an additional 93 years in prison in a King County Superior Courtroom on Friday.

Police say Ali Muhammad Brown went on a killing spree as part of his “jihad against the Americans”.

Police say on April 27, 2014, Brown shot Leroy Henderson along a stretch of road in Skyway. Five weeks later, police say Brown’s killing spree in Seattle continued when he took the lives of Ahmed Said and Dwone Anderson Young. He then fled to New Jersey, where police say he killed a fourth man.

Brown’s court appearance is what the families of three Washington victims have been waiting for for the past eight years.

“Your Honor, please give him the maximum of everything you can do,” said Dwone’s grandmother, Shelly Young.

“I regret killing those people,” Brown said in court. “I ask the families for forgiveness. I ask her to forgive me. If they can’t, if not, just burn me in hell if you want, if you want to say so, but that won’t change the past.”

Brown was sentenced to life in prison without parole for the crimes he committed in New Jersey. On Friday, Judge Jim Rogers sentenced Brown to 1,118 months in the Department of Corrections. Brown is scheduled to serve that 93-year straight sentence.