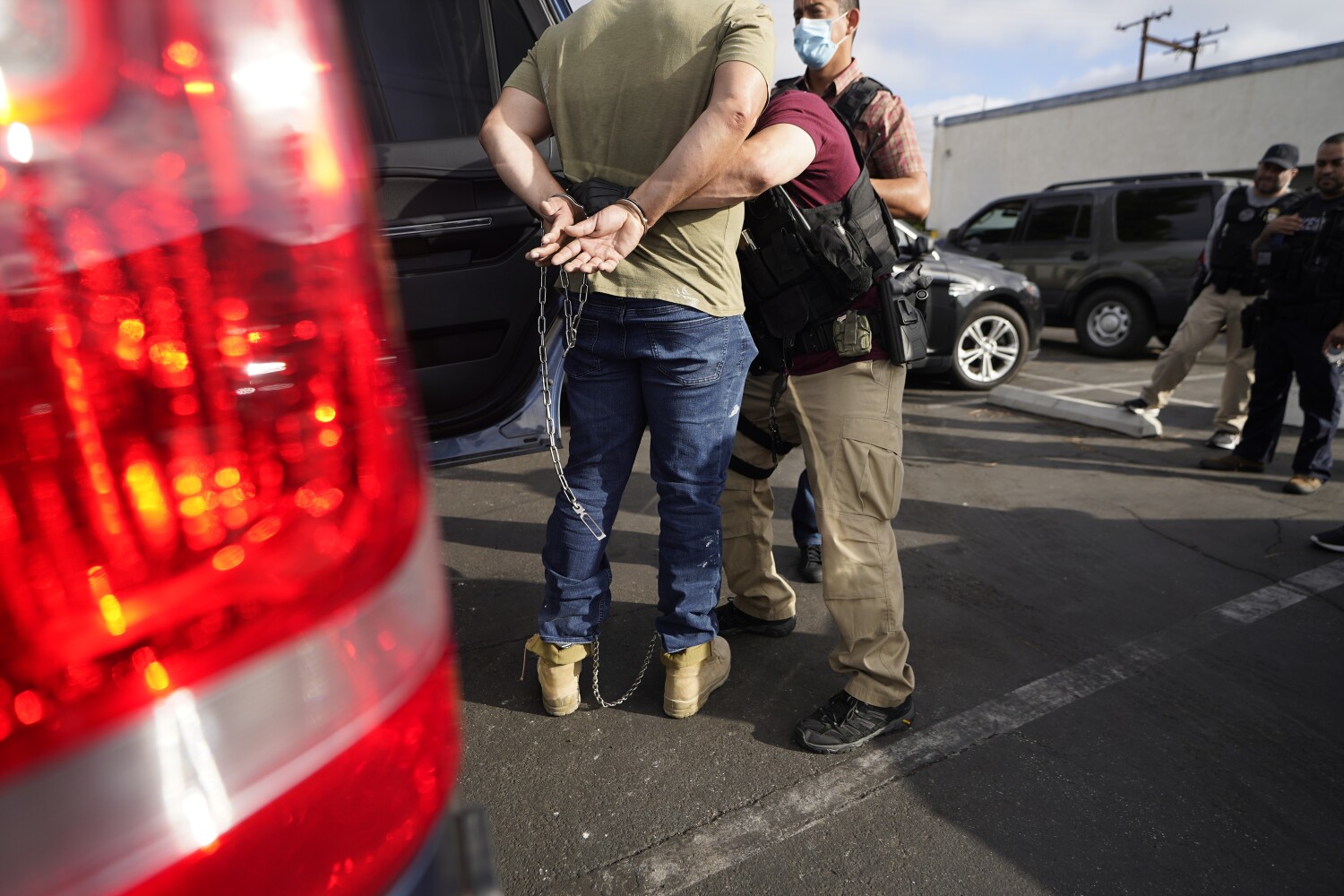 A California lawsuit ended in a settlement that prohibits US Immigration and Customs Enforcement officials from relying on private contractors to arrest immigrants in state jails and jails and subject them to deportation proceedings.

The American Civil Liberties Union Foundation of Northern California reached a settlement with ICE in a joint lawsuit with the Asian Law Caucus, alleging that immigration officials “routinely and systematically” ordered third-party companies to arrest immigrants in county jails and jails.

“The State of California is aware that G4S has a long history of abusive practices, but continues to work voluntarily and turn people over to the private contractor,” Vasudha Talla, the former ACLU of Northern California program director, said in a statement. “We believe today’s agreement is an important step in dismantling the relationship with ICE.”

ICE officials did not immediately respond to requests for comment Tuesday. The settlement, which also orders ICE to pay $197,600 in attorneys’ fees, does not include an admission of wrongdoing on ICE’s behalf.

The ACLU said in its lawsuit that immigration officers have been using G4S Secure Solutions Inc. since 2012 and in 2016 shifted their policy to rely more on private contractors for the detention and arrest of immigrants in county jails and jails.

The lawsuit alleged that private contractors were tapped to move immigrants out of county jails and jails while California was simultaneously passing its “Sanctuary State” law. The law, signed into law under Senate Bill 54 in 2017, limits local law enforcement’s ability to notify immigration officials of an individual’s release date.

The lawsuit was filed by the two advocacy groups on behalf of a Montebello resident, Gabriela Solano, who was arrested by private contractors on behalf of ICE after she was granted parole after serving 22 years in prison.

As Solano’s family waited outside the prison gates to welcome their home in December 2020, the California Department of Justice turned them over to immigration authorities and a G4S contractor, the lawsuit says. She was held in a correctional facility in Aurora, Colorado, for three months before being deported to Mexico.

“I’m hundreds of miles from all of my family and friends trying to navigate a country I haven’t set foot in since I was two years old,” Solano said in a statement from the ACLU. “I pray that Governor Newsom will grant me a pardon so I can be reunited with my loved ones.”

Proposed state legislation would create new safeguards to ensure people who have served sentences or whose charges have been dropped are not processed for deportation. California lawmakers are currently considering the new guidance under Assembly Bill 937.

Heat is worse for car batteries than cold

A Biden Ally Goes to Work for Petro

Photos: Thousands gather at Buckingham Palace to mourn the only queen many have ever known