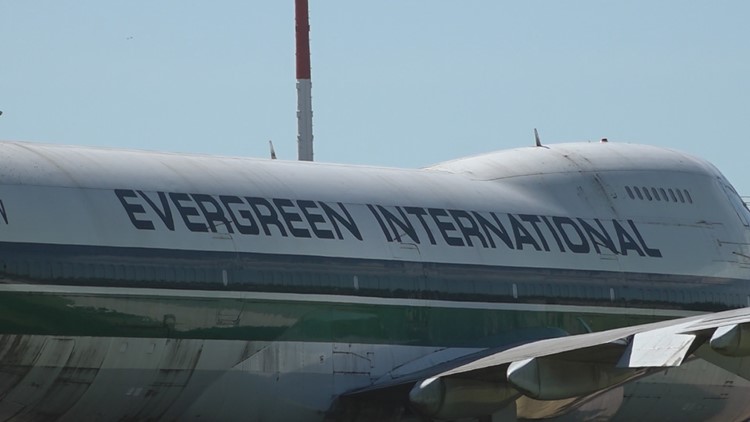 Officials at the Evergreen Aviation and Space Museum in McMinnville plan to do everything in their power to save the iconic jumbo jet parked in front of the museum.

MCMINNVILLE, Ore. – The Boeing 747 landmark parked in front of the Evergreen Aviation and Space Museum is set to be auctioned off later this summer, but officials at the McMinnville museum are determined to save it.

The plane has been there for years and is an essential piece of history, said Wayne Marshall, the museum’s chairman of the board. He is also President of McMinnville Properties, which owns the property on which the museum is located.

“In 2020, when my company bought all 300 acres of land and buildings on this campus, we found that the museum had no claim to the plane,” he said.

Marshall said the abandoned jumbo jet has been embroiled in several bankruptcies, most recently that of the plane’s current owner, a company called Jet Midwest.

“What we had to do is figure out how to take control of it so it could stay in the museum,” Marshall said.

Marshall said the plane is like a big billboard for the museum, and that’s what the museum needs now as visitor traffic recovers to pre-pandemic levels after struggling with visitor numbers for the past two years.

He said he doesn’t expect to be outbid during the auction, which is set to take place in July, partly because taking the plane elsewhere would be a challenge.

“If someone wants to write a big check, they can purchase the plane,” he said. “You have to move it. The plane has no engines, so it’s not going anywhere.”

Cindee Oback visited the museum on Thursday and said she didn’t want to see the plane take off.

“I think if they’re trying to save it, it should be saved,” Oback said. “Don’t get rid of historical landmarks.”

5 Tech Items You Shouldn’t Buy at the Dollar Store