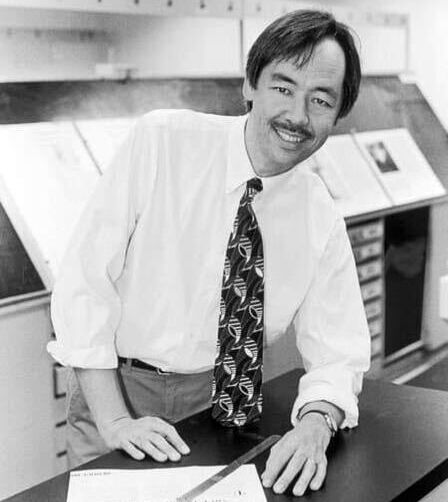 Henry Fuhrmann, editor and mentor to generations of journalists at the Los Angeles Times, died earlier this month at the age of 65.

Henry was a brilliant editor with a passion for language whose work was instrumental in changing newspaper standards for describing immigrants and people from minority communities and guiding this newspaper’s transition online. Here I would like to highlight an equally heroic aspect of his work: his care for the next generation.

I first met Henry at a journalism seminar organized by the Los Angeles chapter of the Asian American Journalists Assn. As a prize for correctly answering what I’m sure was a fairly trivial question, he gave me a plain cream colored diner mug with black text: “Los Angeles Times Copy Desk.”

This mug meant so much to me. At that time I was fresh out of university, without a permanent job, contacts or promising prospects in journalism. I took it as proof that Henry thought I was good enough to work for the LA Times. I’ve kept the mug at every desk at every job I’ve had.

And I’m not the only one. I soon realized that Henry had given one to almost everyone I knew in my journalistic circle. On the day I earned mine, Henry had also given a mug to immigration reporter Adolfo Flores, a friend and classmate on the Times’ minority editorial program. He gave one to my friend Matt Stevens, now reporting for the New York Times, after a particularly scathing correction.

I found them at my friends’ desks, full of coffee or pens. Or in a place of honor above the fireplace at home. And while we all seemed to have one, the mug never felt impersonal. It was a talisman of Henry’s sincere belief in us, given freely and generously. And it was usually paired with some kind, much-needed words.

Although Henry left the paper in 2015, his mugs can still be found on this editorial board and others across America. He created the mugs to build morale and community in the editorial offices he ran at The Times for decades. But in the hands of the people he ministered to, they have become symbols of Henry’s unique caring for his community.

For those of us from immigrant families whose parents don’t always understand why journalism pays off, a mug from Henry was a lifeline. He did not force us to gain his approval, but gave it unconditionally. He called us “Rising Stars” and “Management Material” long before we really had any success under our belts. And in trying to live up to the labels, some of us have made them true.

I see these mugs as Henry’s answer to a question we all face, at least those of us who consider ourselves part of an institution or community. What do we owe the generation after us?

It never seemed to be a question for Henry. He volunteered to educate the next generation and always kept the door open to young reporters on the editorial board.

I also worked with him in the Los Angeles chapter of the Asian American Journalists Assn. worked together, where he performed every role with the diligence reserved for jobs that actually pay you. He gave inspirational speeches and helped stack chairs and then pick up rubbish. He did tasks no one else wanted to do, especially the slow, often invisible work of consensus building.

He was eloquent enough to carry both sides of a conversation and graceful enough to make you feel like he’d been taught something. He could move through a crowded room in half an hour and make everyone feel heard. His optimism was contagious and as reliable as the sunrise.

In the plethora of memories that have surfaced online in the days since his death, you can see the seeds of goodness he planted blossoming. It is amazing to see how many people he has cared for and inspired. Estimated how many cups left, coffee stains and all.

Like many of his mentees, I could never really thank Henry. It hurts to think about the emails I never sent and the calls I never made.

But another way to show that love and gratitude is to keep your work going. Henry has always strived to be kind and build community in stressful situations, and so can I. Henry has always reached out to young, inexperienced or less fortunate people and seen the best in them, and maybe we can too.

Because even though he’s gone, we still have so much to learn from Henry. The lesson continues.

https://www.latimes.com/california/story/2022-09-19/fuhrmann-memoriam In memory of Henry Fuhrmann, who believed in us before we believed in ourselves

In a coastal California town, three smokestacks are coming down