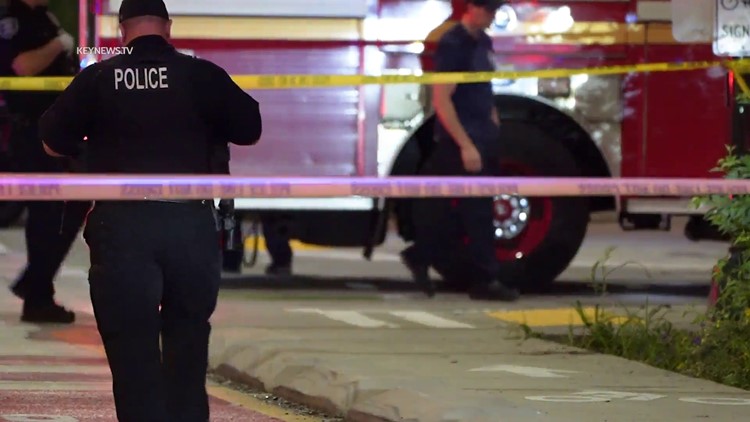 There were two shootings in two days in Seattle’s University District over the weekend.

SEATTLE – The Seattle Police Department (SPD) on Wednesday announced that it will be adding more patrols on the College District after a weekend of violence.

On Saturday morning, a 21-year-old man was stabbed to death by a fleeing driver during a shootout. On Sunday, three 20-year-old men and a 19-year-old woman were shot outside a local bar on University Way Northwest.

All shooting victims are expected to recover from their injuries. The police have not made any arrests in connection with these incidents.

The shooting over the weekend was not the only recent act of violence on the College District.

On September 23, a man was shot in an alley in the University District just after 1 p.m. He is expected to recover from his injuries.

Then, on September 28, a man called police after he found a bullet hole and a bullet in his bathtub on 11th Avenue NE.

Seattle Police Chief Adrian Diaz said they are adding patrols to address gun violence and ensure safety in the area.

“We all take safety very seriously in U County. The Seattle Police Chief will designate focused patrols of the area at designated times. Seattle Police investigate both incidents. This is ongoing, but UW is also assisting with emergency summons by bar owners in the area to address safety concerns and how they can help. encourage students to use other safety resources available to them, including our Husky NightWalk and NightRide safety escort services available from 6:30 p.m. to 2 a.m. each day.”

According to the SPD’s criminal panel, there have been three homicides to date in the College District. Have one in 2021 and two in 2020.

Scammers pretending to be USPS to steal personal info